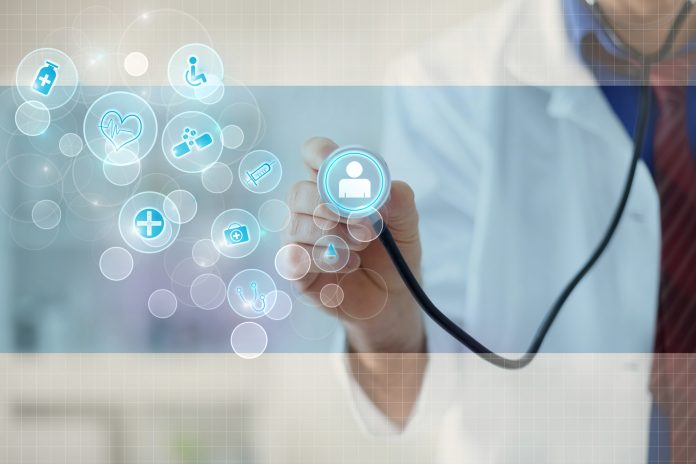 This is arguably the biggest week of the year for healthcare with the J.P. Morgan Healthcare Conference underway. And 2023 just might be a great year for healthcare. My Motley Fool colleague Sean Williams even predicts that it will be the year’s top-performing sector.

Even if the entire sector doesn’t perform well, there are quite a few great opportunities in the healthcare space for investors. Here are three top healthcare stocks to buy for January.

Biotech stocks have been in a brutal bear market for going on two years. However, Vertex Pharmaceuticals (VRTX 1.95%) is a notable outlier. Its shares jumped over 30% in 2022. I think that Vertex could deliver exceptional returns again this year.

There’s no roadblock in sight for Vertex’s multibillion-dollar cystic fibrosis (CF) franchise. The company should continue to expand the market for its already-approved CF drugs with additional reimbursement agreements and approvals for younger age groups. Vertex also is moving forward with early-stage clinical testing of VX-522. This messenger RNA therapy that the company is developing with Moderna holds the potential to treat the remaining 5,000 or so CF patients who can’t benefit from Vertex’s existing drugs.

The big news for Vertex in 2023, though, is the anticipated regulatory approvals of exa-cel in treating sickle cell disease and beta-thalassemia. Vertex and its partner, CRISPR Therapeutics, expect that the gene-editing therapy could generate peak sales of at least $2 billion.

Exa-cel isn’t the only pipeline candidate that could make it to market in the near future. Vertex’s late-stage study evaluating VX-549 in treating acute pain is well underway. The short treatment duration for the non-opioid drug along with the U.S. Food and Drug Administration (FDA) granting Fast Track and Breakthrough Therapy designations could translate to an accelerated path to approval.

Warren Buffett bought only seven new stocks during the first three quarters of 2022 for Berkshire Hathaway‘s portfolio. I think that McKesson (MCK 0.19%) ranks among the best of the bunch. And it’s already been a winner for the Oracle of Omaha, soaring 51% last year.

Those good times should keep rolling in 2023. Even after its impressive gain, McKesson’s valuation remains attractive. Shares of the healthcare services company trade below 14.7 times expected earnings.

McKesson has exactly the kind of business that investors like when there’s economic uncertainty. Demand for the prescription drugs and medical products the company distributes, and for its healthcare technology products and services shouldn’t be impacted much if at all by the headwinds that are hurting lots of other companies.

I suspect that this resilience played a key role in why Buffett invested in McKesson last year. It won’t be surprising if the stock continues to attract other investors who view it as something of a safe haven in a tumultuous market.

Madrigal Pharmaceuticals (MDGL 4.43%) stood out as one of the best-performing stocks of 2022 across all sectors. The small drugmaker’s shares skyrocketed more than 240%. I believe that Madrigal could have more room to run.

That jaw-dropping gain came in December after Madrigal announced overwhelmingly positive results from a late-stage clinical study evaluating resmetirom in treating nonalcoholic steatohepatitis (NASH). The company followed up last week with new data that reinforced just how great those results were.

But the magical story isn’t over for Madrigal yet. The company plans to file for accelerated approval of resmetirom in the first half of this year. If all goes well, the drug could win FDA approval before the end of 2023.

I think it’s quite possible that Madrigal could become an acquisition target before then. Several big drugmakers are eyeing the potentially lucrative NASH market, but there currently are no approved therapies for the liver disease. With its market cap still hovering around $5 billion, Madrigal could attract interest from one or more of these biopharma giants.

Crew flies to Florida ahead of launch to International Space Station

U of A researcher helps find evidence of dinosaur-killing asteroid’s ‘little...

How to Fix PlayStation Wrap Up Not Working