A group of 87 ultramarathon runners were rescued on Saturday after they were left stranded by snow in a freezing Utah mountain range during the 50 mile race.

The runners for the DC Peaks 50 ultramarathon had stopped as the Wasatch Mountains became hammered with 12 to 18 inches of snow, with temperatures plunging into the 20s.

Rescue crews were called to the scene and searched for the missing runners for several hours using both on-foot and snow vehicle teams.

All of the runners were accounted for, and despite some being treated for hypothermia and minor injuries, none suffered serious enough injuries to require hospital treatment.

The race had begun at 5am at East Mountain Wilderness Park in Kaysville, with participants expected to run 50 miles to Tunnel Springs Park in North Salt Lake. 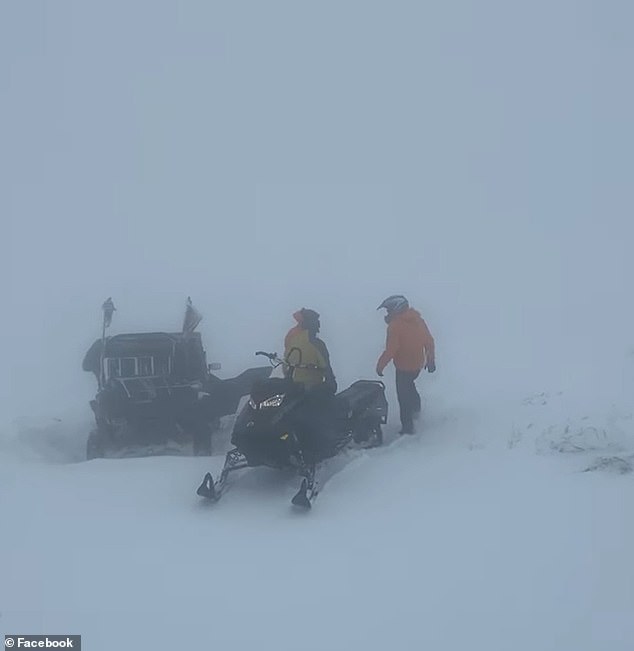 Rescue crews arrived to the scene and found the  runners more than five hours after they went missing. Some suffered hypothermia, but none required hospital treatment 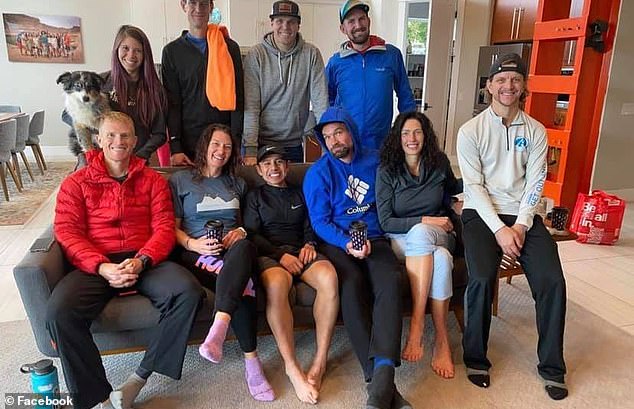 The organizers of the race had previously warned participants of the possibility of inclement weather but many runners said they were expecting rain rather than snow.

It was until 9:30am when the Davis County Sheriff’s Office were notified of the missing runners who were caught in the midst of the storm.

The race was then called off, as search and rescue teams began to scour the area for the missing participants.

‘Venturing onto the mountains, trails, and bodies of water at this time of year can be dangerous because the weather changes rapidly,’ Davis County sheriff Kelly V. Sparks said in a statement.

‘Even a mild rain in the valley can translate to blizzard conditions at higher elevations.’ 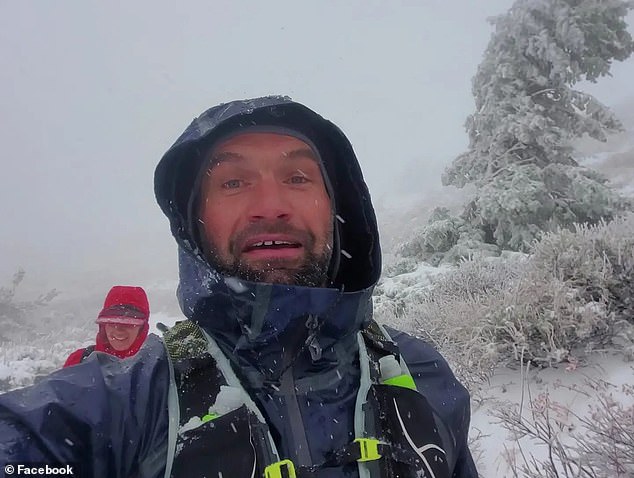 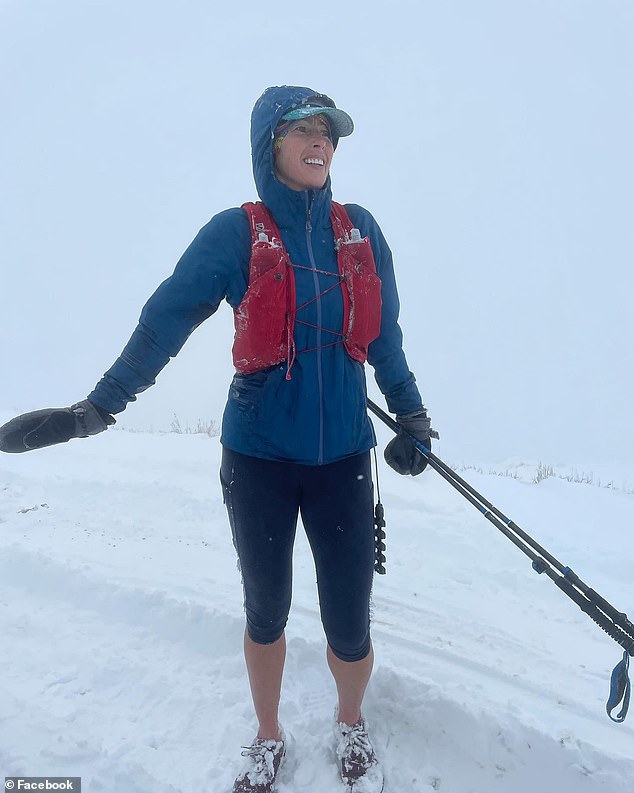 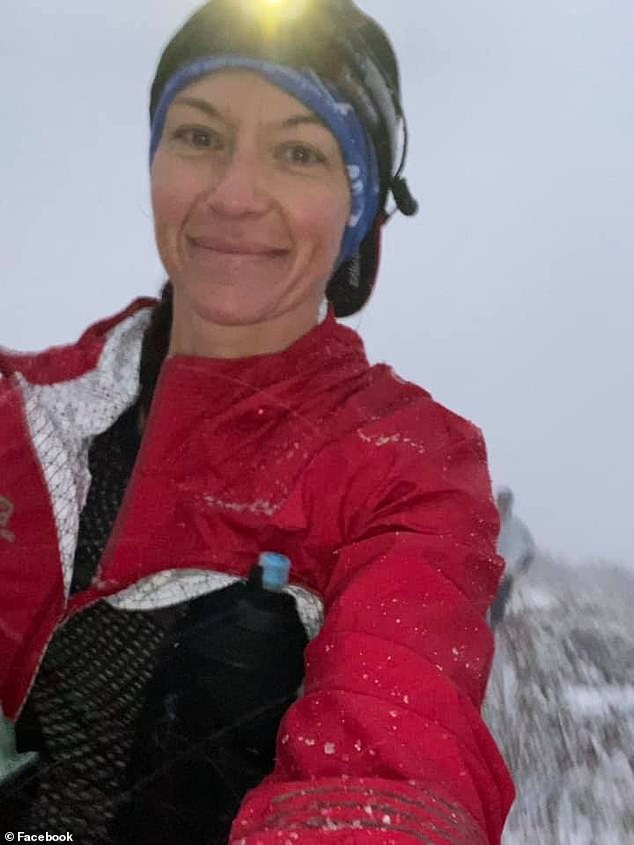 Kelcey McClung Stowell, of Odgen, told The Salt Lake Tribune that the ‘unexpected’ snow came down ‘really, really heavily’ with winds of up to 30 to 40 miles per hour.

‘As it got colder and colder, it was getting scary,’ Stowell said.

‘The snow was getting so deep, we couldn’t see the trail. It was coming down like hail, and my hood froze to my face.’

‘I started shivering, but there was nothing we could do but get to the next aid station. So we just kept moving,’ she added. 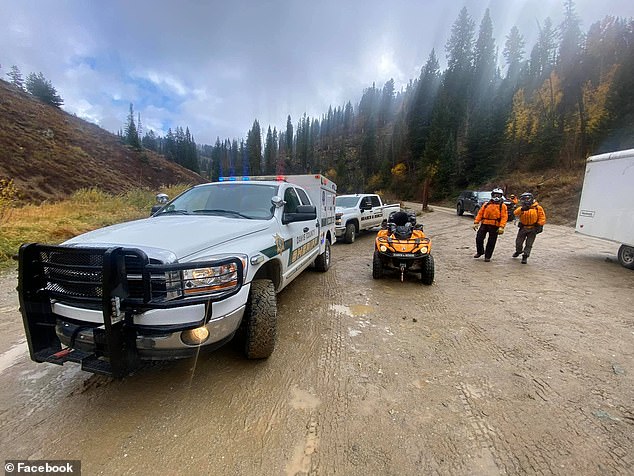 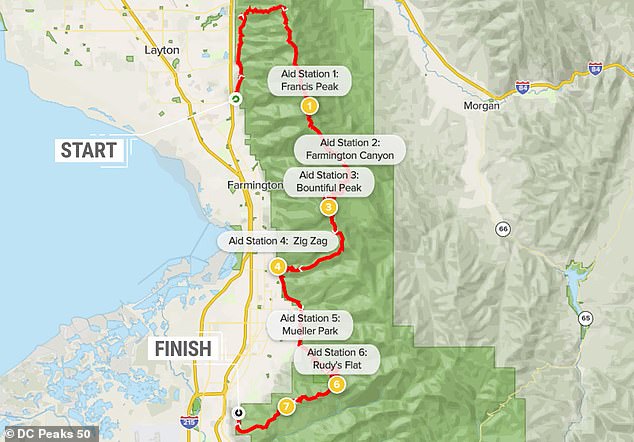 Stowell was also one of the runners treated for hypothermia after she and the other runners were rescued.

She said that they were taken to a truck with a heater blaster and were given hot broth and hot chocolate to cool down.

The missing runners were found more than five hours after the race began at around 2.45pm.

By 7pm, all runners were accounted for and the last volunteer had managed to make it down the mountain safely. 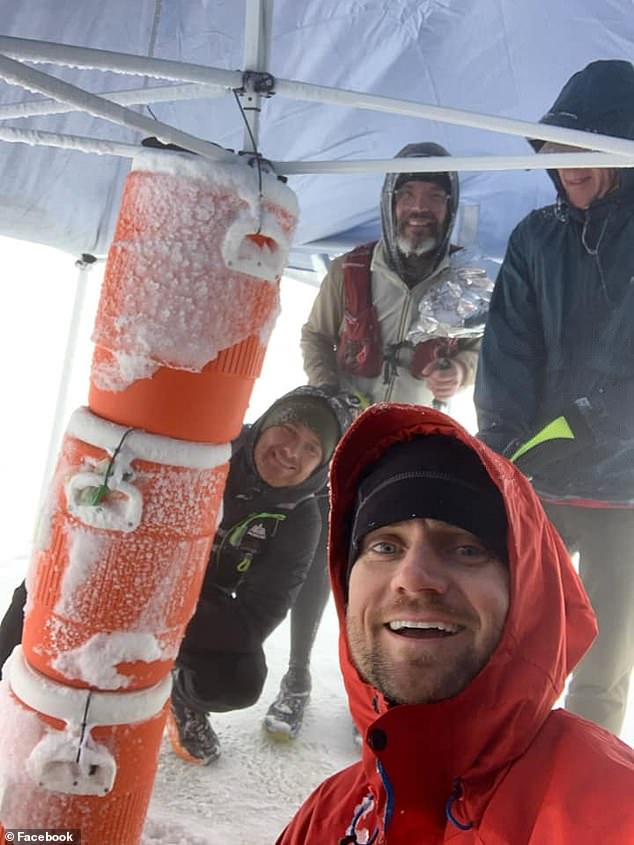 Runners were rescued at around 2.45pm and were taken to a truck with a heater blaster as well as being served hot broth and hot chocolate

Race organizer Jake Kilgore was grateful that rescue crews found all of the runners who were still eager to return next year despite the current weather setback.

‘The fact that we have every single runner accounted for means that this race was a very successful race today,’ Kilgore told the Salt Lake Tribune.

‘The rapid and collaborative response of our Search and Rescue volunteers, race organizers, and first responders from multiple agencies, resulted in minimal injuries and all runners returning home safely today,’ Sheriff Sparks added in her statement.

‘I extend my deep gratitude to everyone involved in this rescue effort.’

One participant, Keith Bartoch, shared a snap of snowy conditions as the weather deteriorated – and insists he’ll be back to run the same race again next year. 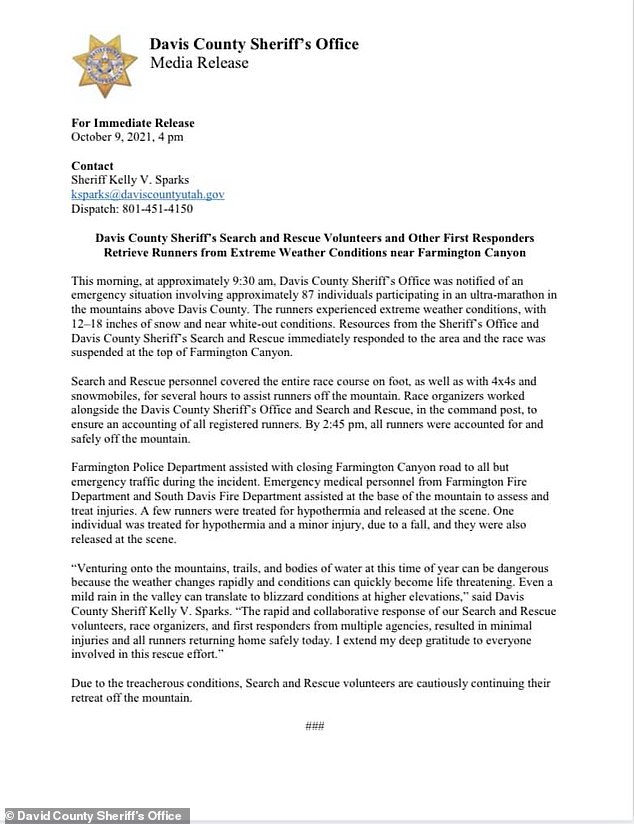 What is the mysterious blue glow seen from the ISS?

The first Nokia tablet in a long time could be crazy...