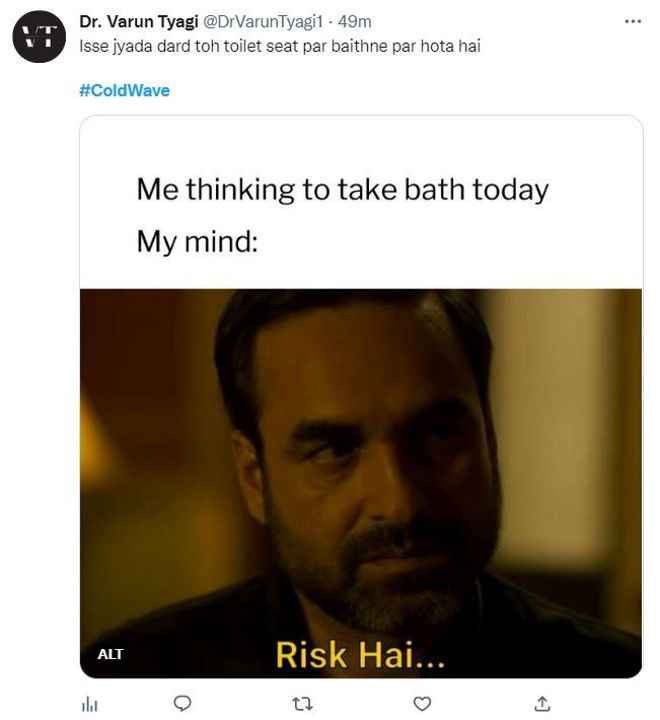 The capital, New Delhi, on Sunday, shivered in freezing cold with the mercury hitting as low as 1.9 degrees celsius in several regions. Amid the bone-chilling weather, the internet erupted with a massive wave of memes!

As the thick fog began slowing down the speed of traffic outside, the speed of netizens posting hilarious punches on social media increased. Taking to Twitter, several users began posting jokes and funny images related to the ongoing cold wave that has overtaken North and Central India in the past few days.

One user shared a meme titled, ‘This is how I wanna spend winters’. The image featured a woman carrying her bed, pillow and blanket to the bus station, a coffee shop and to work! 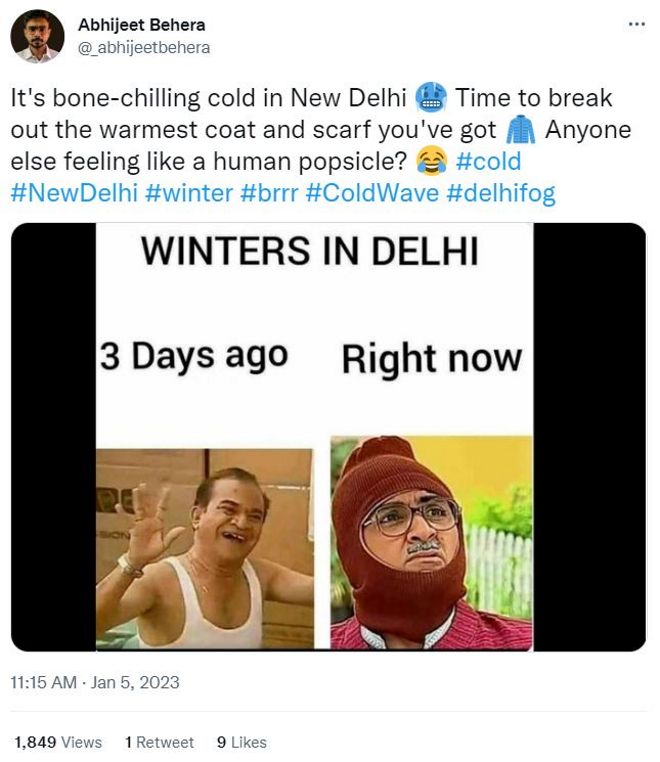 Yet another user hilariously put the blame for being unable to wake up during winter on blankets: ‘All blankets are the same, subah nikalne hi nahi dete bahar… (they don’t allow us to move outside them in the morning),” he wrote.

Another user shared a meme about taking a bath during winter, featuring a still of actor Pankaj Tripathi from his web series Mirzapur.

NASA Robot Sends One Of The Saddest Tweets I Have Ever...

The future of US high-tech is not CHIPS-Plus, it’s international students

This Week’s Awesome Tech Stories From Around the Web (Through August...

What Alabama Can Teach Us About The Future Of VR Training

PSVR 2 Eye Tracking Will Let You Wink At People In...