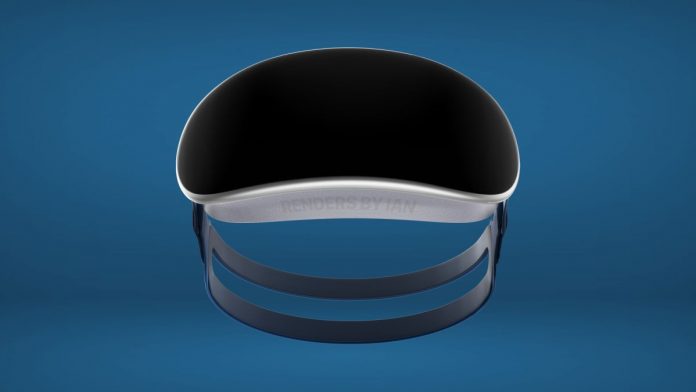 The long-anticipated Apple AR/VR headset could finally see the light of the day as soon as spring of this year. That’s according to an article by Bloomberg that also details a whole host of leaked features, as well as what the interface will be like and how the headset could actually work.

Rumors surrounding the headset have been trickling in recently, but this set of leaks gives us a very realistic picture of how the headset could actually function. This includes advanced hand tracking that apparently won’t need any controllers, the ability to see your Mac’s display, an iOS-like interface and new virtual FaceTime meeting features.

The article mentions that the headset could be called “Reality Pro” and will cost a whopping $3,000. Some features that Apple will reportedly include to differentiate its headset from the likes of the Meta Quest 2 and PSVR 2 will be hand-and-eye tracking capabilities and advanced FaceTime-based videoconferencing and meeting rooms.

Hand-and-eye tracking will apparently be one of Apple’s main selling points for this device. Mark Gurman of Bloomberg has reported something similar in the past about Apple testing features like hand-tracking and gesture control.

The article goes on to explain how this technology will work. Apparently the headset will have a whole host of sensors on the exterior that will work along with sensors within the headset that will be able to read eye movement. This will allow a user to select an item by just looking at it. To open the selected item, the user will have to pinch their index finger and thumb together. For comparison, on other headsets this function is carried out by hand controllers.

One of the big questions around Apple’s VR/AR headset has been how the company will be able to use both virtual and augmented reality together. Mark Gurman explains that the headset will have two ultra high-resolution displays which support an “AR pass-through” mode.

This apparently means that users will see the real world through the glasses, and Apple will even offer prescription options for users who need them. Switching between AR and VR will be done via a digital crown, corroborating recept reprots from The Information (opens in new tab) about a similar feature.

Another “core feature” will be immersive video watching, which is not new to VR devices but with it users will be able to “feel like they’re seeing a movie on a giant screen in another environment, such as a desert or outer space.” For enhanced sound, the headset will probably pair with Apple’s own AirPods.

FaceTime will be able to render a virtual avatar of a user. These may not be in Memoji-form but reportedly will be “realistic” looking renders of a user’s face and body.

Another notable feature is that the display of a Mac will be visible to users in virtual reality. The controls of the Mac will remain the physical trackpad, mouse or the keyboard of the Mac.

It was reported earlier that Apple was working on an “air typing” feature for its headset, but Gurman now says it may not be ready for launch. Users will be able to use Siri for text input along with the keyboard of an iPhone, iPad or Mac.

The OS backing the headset could be called xrOS, which is again something we have heard in the past. It will have apps like Safari, Photos, Mail, Messages and Calendar and it will have an app store for third-party apps.

In terms of hardware on the device, there will be a variation of the M2 chip and a dedicated processor for graphics and mixed reality experiences that could be called a “Reality Processor”. The battery will be offloaded to a user’s pocket so there is no chance of it overheating near someone’s face. It will also feature a cooling fan and keep the headset charged for two hours at a stretch.

The front of the headset will have a curved screen and it will be made of aluminum, glass and cushions — apparently, it will be similar to the Apple AirPods Max headphones.

Like most VR headsets, gaming could be a big part of the third-party apps that we will see. Apple is also working on health tracking features, but it’s not clear if these will be launched with the first version of the headset.

This could be Apple’s first new category launch since 2015, when it debuted the Apple Watch. The company has reportedly had a 1,000-person team working on the headset for the past 7 years, and it could finally launch this year. If not in spring, Gurman says the iPhone maker could announce it at WWDC in June and then release it later in the year.

The toughest and weakest nonconference schedules entering the 2021 college football...

Winter storm blows out to sea, but some areas without power

Watch the Blood Moon total lunar eclipse on Nov. 8, the...

Perfectly preserved dinosaur embryo was preparing to hatch like a bird

How Mark Zuckerberg Just Lost Over Half Of His Wealth

In a Climate Crisis, the Future Relies Alarmingly on Big Tech

Are foldable phones better for multimedia? Here is how the Galaxy...