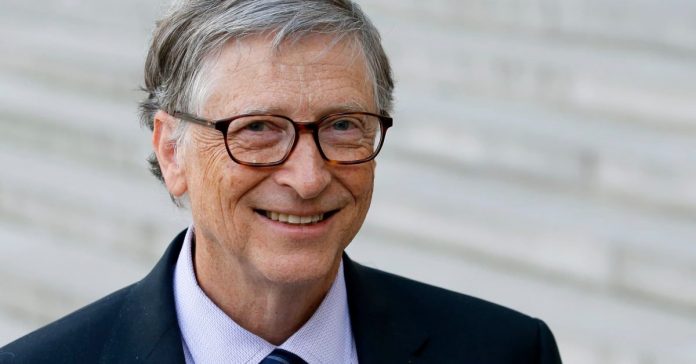 Bill Gates has said many times that he prefers Android over iPhone, and that apparently hasn’t changed. In a recent “Ask Me Anything” on Reddit, the Microsoft co-founder revealed that he unsurprisingly hasn’t made the switch to an iPhone nor does he use an iPad, Mac, or Microsoft Surface Duo.

Instead, Gates confirmed that he’s using a Samsung Galaxy Z Fold4, which he received directly from Samsung Chairman JY Lee. Last year, Gates said he was using the Galaxy Z Fold3, and apparently he traveled to South Korea just to meet with JY Lee and get his new phone.

Gates went on to say that the foldable screen size of the Galaxy Z Fold4 means that he doesn’t need to use a tablet. Instead, he just relies on his Android-powered smartphone and his unnamed Windows-powered “portable PC.”

I have a Samsung Fold 4 which JY Lee the Chairman of Samsung gave me when I saw him in South Korea to update my Fold 3. Of course I use Outlook and a lot of Microsoft software on it. The screen size means I don’t use a tablet but just the phone and my portable PC – a Windows machine.

Gates didn’t elaborate on why he continues to have a preference for Android over iPhone. During an interview in 2021, however, Gates said that it comes down to Android manufacturers being “more flexible” with software integration. What he meant by this, he later elaborated, is that “some Android manufacturers pre-install Microsoft software in a way that makes it easy for me.”

This reasoning is a bit odd given that you can easily download Microsoft apps from the App Store on iPhone. Gates has also said that he does keep an iPhone laying around to try things out, but it’s not the device he uses full time.

It doesn’t really matter which smartphone operating system Bill Gates prefers. Neither Apple nor Google need an endorsement from Bill Gates to be successful. Nonetheless, people always seem to be interested in what Gates is using – and ofttimes they like to make fun of his reasoning.

Maybe if Apple makes a foldable iPhone, they can convert Bill Gates to their side.

Check out 9to5Mac on YouTube for more Apple news:

Martian astronauts could use bacteria as fuel to get back to...

Flood threat continues across the state