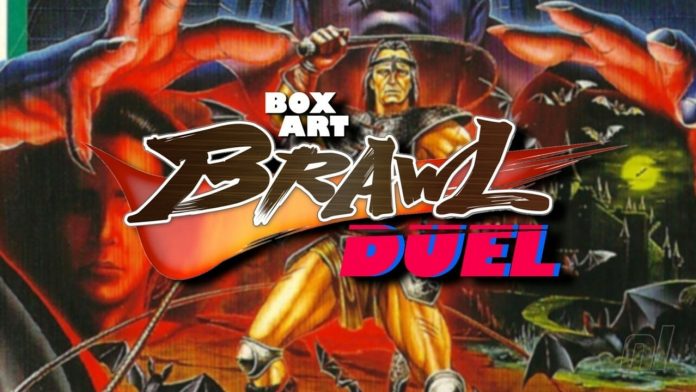 Be sure to cast your votes in the poll below; but first, let’s check out the box art designs themselves.

The western design for Castlevania II: Belmont’s Revenge features what is presumably the main protagonist, Christopher Belmont, swishing the franchise’s signature whip towards an enemy skulking out of an iron gateway. The backdrop here is particularly impressive, displaying multiple structures and natural landmarks. The logo itself is incredibly striking – literally – since it’s surrounding by a whole bunch of lightning. This is a nice one, indeed!

Japan’s approach, meanwhile, is very much reminiscent of its previous box art efforts, focusing on the inclusion of multiple characters in a more abstract composition. The main image itself doesn’t take up the entirety of the “canvas”, with the game’s logo and various icons set against a white background. Needless to say, though, the painting here is astoundingly beautiful, and Dracula himself looks remarkably menacing, looming over Christopher Belmont in the foreground. Oof, this is going to be a touch choice!

Thanks for voting! We’ll see you next time for another round of the Box Art Brawl.

NASA’s Mars helicopter has a problem. This clever software trick could...

Snow, sleet, freezing rain in the forecast for south-central Pa.