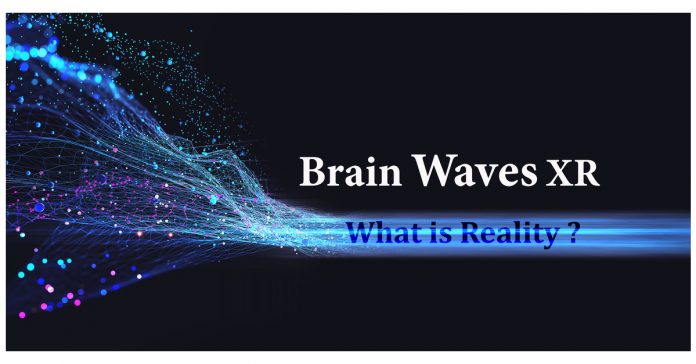 EDMONTON, Alberta–(BUSINESS WIRE)–Brain Waves XR, a Canadian start-up originating from Montreal (QC), has developed a unique VR process called the Flow. This changes the light emitted from the VR headset screens and modifies the way it’s processed and interpreted by the brain, creating different immersion modes to provoke a variety of positive emotions. Brain Waves XR founder, Kais Latiri, explains how tricking the signals transmitted to various areas of the brain as sensory information, could be a game changer for many industries, including mental health and sexual wellness. Imagine someone with the fear of rejection isn’t helped by conventional therapy. With the help of real case scenarios and Brain Wave XR’s VR process, this person becomes reassured and confident around others. At Brain Waves XR, we provoke a change in emotions by exposing the person to scenarios in which they might usually fear rejection and replace that fear of rejection with confidence. That feeling of confidence might be temporary, or it could be longer lasting. We’re now at this juncture. We’re finding ways to conduct analyses and collect data over a relatively long time period. In collaboration with psychologists and sexologists, we believe our VR programs have the power to benefit society in these promising new ways.

Paralysed man communicates with his family for the first time in...

Two huge black holes are on the verge of colliding. When...