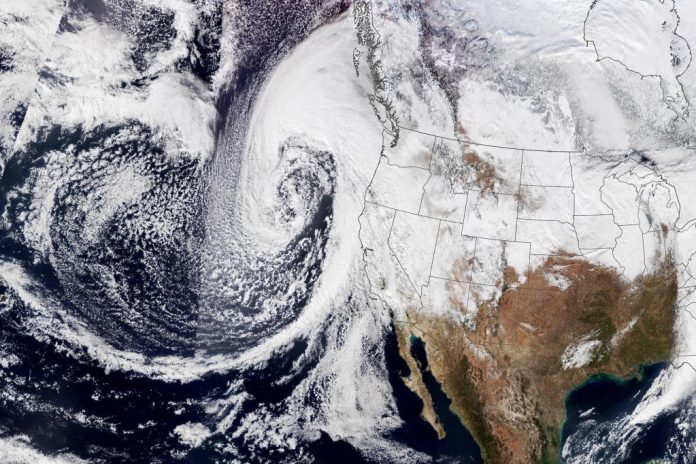 California residents trying to recover from flooding, mudslides and power outages after heavy rains and high winds brought by a “bomb cyclone” face at least three more storms in the coming days.

The atmospheric river of dense moisture that dumped up to 10 inches of rain on drought-stricken Northern California this week will move to Central California by Sunday, but a new round of storms coming right behind it threatens much of the state.

“San Francisco is expected to pick up somewhere between 5 and 8 inches of rain in the next seven days,” said Fox Weather meteorologist Christopher Tate.

“Los Angeles could pick up two to three inches, give or take a bit,” he added. “It’s going to be mainly heavy rain from basically L.A. all the way up to the Oregon border.”

Flooding is expected throughout the region, with spots like the Pacific Coast Highway, which spans California’s coast, generating concern as the hurricane-force winds whip up heavy waves and high surf.

“They’re going to be dealing with a lot of flooding problems more likely that not,” Tate said.

Torrential rains already caused rivers and streams to overflow, resulting in submerged highways, homes, and businesses. Six people have died due to the storm, the Sacramento Bee reported.

Higher elevations, like the Sierra Nevada region, could see over 8 feet of snow in the next few days.

“We are looking at some seriously crazy snow totals out West,” Tate said. “Given the fact that we’ve got three separate systems lined up in such short succession, some areas may pick up over 8 feet of snow.”

The area will also continue to face mudslides, landslides and rockslides, a particular danger in areas recently burned by wildfires.

“The ground is already saturated, which loosens up the soil and makes it weaker,” Tate explained. “So in hilly areas, any additional rain is gonna have a really hard problem soaking into the ground and instead it’s just going to run off.”

Amid the destruction is one small upside: The snow and rain that has swept through the west in the past few weeks is expected to providing some relief for the drought-parched Lake Mead in Nevada. The reservoir on the Colorado River, is nearly three-quarters empty.

How to watch the Draconid meteor shower in San Antonio

Saudi Arabia to invest $6.4b in future technologies and entrepreneurship

Report: Trump Is Systematically Laying the Groundwork to Steal the 2024...