Canalys is out today with its joint report focusing on both the smartphone share numbers of the fourth quarter of last year (October to December), as well as performance during the full year. Overall, the picture is pretty grim for handset vendors. The market shrunk 17% in Q4, compared to Q4 2021. Full year shipments declined by 11%, to fewer than 1.2 billion.

Apple won the market share game in Q4, as it usually does, influenced by the launch of its newest iPhones, only this time it recorded its highest ever market share: 25%. Samsung was second with 20%, Xiaomi came in third with 11%, Oppo was fourth with 10%, and vivo came in fifth with 8% of the market, while the “Others” category made up 26% of sales.

Compared to Q4 of 2021, Apple’s share grew by 2%, Samsung’s and Oppo’s by 1%, vivo’s stayed the same, and Xiaomi’s dropped 2%. Xiaomi’s drop is apparently “largely due to challenges in India”. 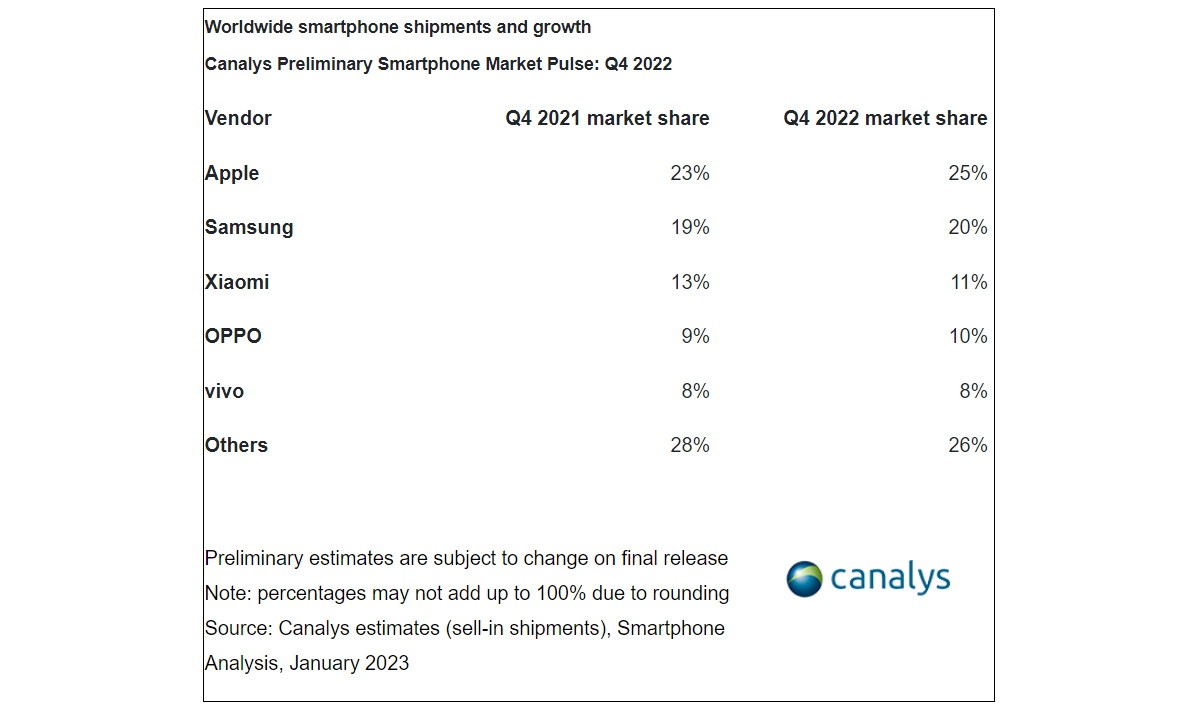 For the entire year, Samsung led with 22% of the market, followed by Apple with 19% and Xiaomi with 13%. Oppo and vivo both had 9% market share. Compared to 2021, Samsung and Apple gained 2 percentage points in share, Oppo lost 2%, while Xiaomi and vivo are down by 1%. 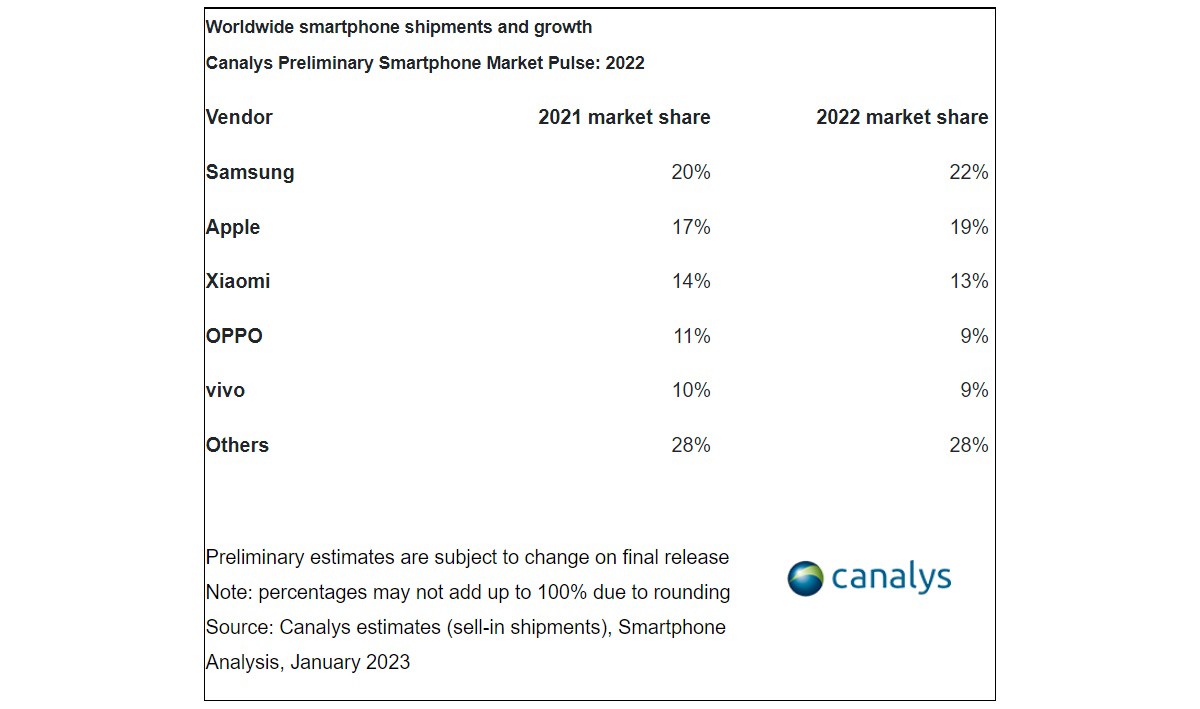 For 2023, the Canalys forecast predicts “flat to marginal growth” for the entire market. Vendors are said to approach the year cautiously, prioritizing profitability and protecting market share, cutting costs “to adapt to the new market reality”, according to analyst Le Xuan Chiew.

Digital transformation a catalyst for growth in Qatar

How to clear cache on your Android device

In a New Low, Yisrael Beytenu Demands the Dismissal of Chief...

Scientists believe there could be an ‘anti-universe’ next to ours –...

Feature-to-smartphone switch may pick up in 2023