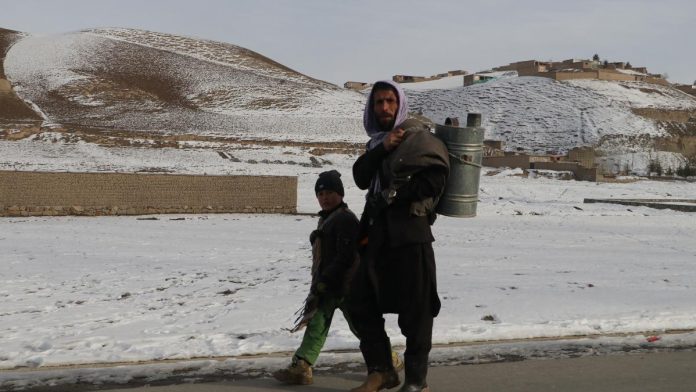 Since January 10, the mercury has plunged in Kabul and several other provinces, with the central region of Ghor recording the lowest reading of -33C over the weekend. 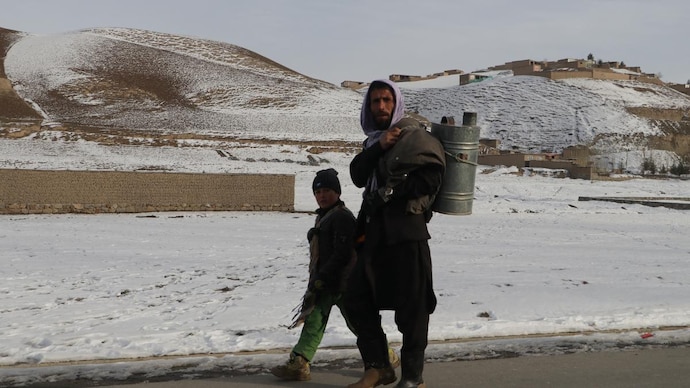 By Agence France-Presse: At least 70 people have died in a wave of freezing temperatures sweeping Afghanistan, officials said Wednesday, as extreme weather compounds a humanitarian crisis in the poverty-stricken nation.

Since January 10, the mercury has plunged in Kabul and several other provinces, with the central region of Ghor recording the lowest reading of -33C (-27F) over the weekend.

“This winter is by far the coldest in recent years,” Mohammad Nasim Muradi, the head of Afghanistan’s meteorology office, told AFP.

In the countryside, homeless families were seen warding off the cold by huddling around campfires, whilst in the snowy capital domestic coal heaters were fired up by the more fortunate.

“We expect the cold wave to continue for another week or more,” said Muradi.

The ministry of disaster management said 70 people and 70,000 cattle — a vital commodity in poorer sectors of Afghan society — died over the past eight days.

This is the second winter since US-led forces withdrew and the Taliban swept into Kabul to replace the Washington-backed regime.

Since then, aid has dramatically declined and key national assets have been frozen by the US, leading to one of the worst humanitarian crises in the world.

More than half of the country’s 38 million people are facing hunger this winter, and nearly four million children are suffering from malnutrition, according to aid agencies.

Last month, many NGOs still working in Afghanistan suspended their operations in protest over a Taliban government order banning women from working with humanitarian groups, except in the health sector.

PSVR 2 launch includes only a handful of exclusive titles

One step closer to probabilistic computing

Donald Trump Has ‘Two or Three’ People in Mind to Lead...