Climate change is causing our planet to appear dimmer in the solar system, reveals a new study.

Also Read: Earth’s Next Supercontinent Will Look Incredible, According To Scientists

Clouds on our planet are responsible for the bright appearance of our planet in the solar system, and they’ve always been quite complicated to observe.

Scientists have always found it difficult to understand how they’d react to climate change, which in turn made it difficult for them to predict future climate. However, the new study (reported first by Space) highlights that the reflectivity hinges on the properties of clouds over the Pacific Ocean.

The research is based on two decades worth of research by scientists at  Big Bear Solar Observatory in Southern California on a phenomenon dubbed ‘earthshine’ — the light that Earth reflects onto the surface of the dark side of the moon, along with satellite observations of Earth’s reflectivity along with our sun’s brightness.

Different elements of our planets reflect light differently. For instance, oceans don’t reflect light as much, land reflects twice as much light as the oceans. However it’s the clouds that reflect almost half the sunlight that they come in contact with. Snow and ice on the other hand reflect the majority of the light on our planet.

In their most recent study, they fused data on how earthshine fluctuates (looking for changes at time scales) along with data from NASA’s Cloud and the Earth’s Radiant Energy System (CERES) project, as well as instruments on several NASA and National Oceanic and Atmospheric Administration (NOAA) satellites.

They discovered that over a duration of two decades, the amount of light reflected by Earth dropped 0.5 percent — roughly half a watt less light per square meter. Major changes were noticed from the earthshine data of the last three years showing even more decline towards its end. 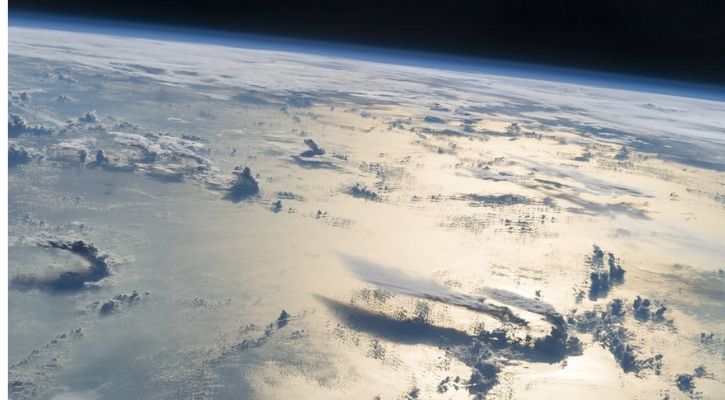 Researchers also noted that our Sun, during this time, went through two periods of maximum activity and one quiet period, however, this didn’t meaningfully help the dip in reflectance, which made scientists believe that the change in the amount of light reflected by Earth is due to changes on Earth itself.

CERES saw the loss of bright low-altitude clouds over the Pacific Ocean, off the west coast of the Americas — a zone that’s also showing a massive increase in the ocean temperatures.

And according to the researchers, light not being reflected out of Earth’s system indicates light being trapped in Earth, which could be increasing the pace of the already daunting human-caused climate change.

Are you a little sad about the fact that earth isn’t shining as bright as it used to in space due to climate change? Let us know in the comments below, and keep reading Indiatimes.com for the latest in science and technology news.

A latecomer’s guide to cryptocurrencies