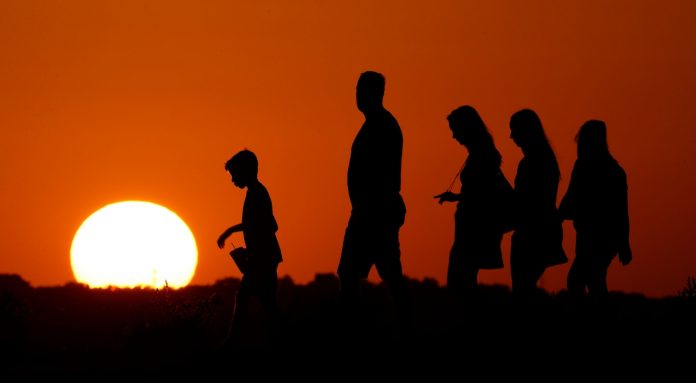 Climate scientists are making an ominous prediction: the return of the weather pattern El Niño for the first time since 2019, which would bring a surge of warmth to an already overheated planet.

After three years of a persistent La Niña cooling pattern influencing weather around the world, that regime is forecast to fade away in the coming months.

Early forecasts project that 2024 — and potentially even 2023 — could set global average heat records, bringing the planet closer than ever to a warming threshold that scientists and policymakers have warned would be disastrous.

“According to what the models are saying now, there is an increased likelihood of El Niño for the second part of the year,” said Andrew Kruczkiewicz, a senior researcher at the International Research Institute for Climate and Society at Columbia University. In a recent forecast that was set to be updated Thursday, the institute predicted a 66 percent chance of El Niño conditions by late summer or early fall.

“However,” he stressed, “things can change.”

Here is what to know as the world watches for its next El Niño.

El Niño could have major impacts

And it tends to bring a rise in average global temperatures, including pronounced warmth over southern Asia, Alaska and parts of South America. A strong El Niño helped send global temperatures to a record high in 2016 (a mark tied in 2020).

Some scientists are predicting that the influence of El Niño, on top of several more years of planetary warming largely caused by the burning of fossil fuels, will push the next couple of years past those temperature records.

Adam Scaife, the head of long-range prediction at the U.K. Met Office, and Bill McGuire, an emeritus professor of geophysical and climate hazards at University College London, are among those suggesting that El Niño could send average temperatures close to or above 1.5 degrees Celsius (2.7 degrees Fahrenheit) of warming above preindustrial temperatures, a benchmark that has guided climate activism and portends perhaps irreversible damage.

Under El Niño, McGuire wrote in Wired, “the extreme weather that has rampaged across our planet in 2021 and 2022 will pale into insignificance.”

Multiple agencies concur: 2022 ranks as one of Earth’s hottest years

Gavin Schmidt, director of the NASA Goddard Institute for Space Studies, said it’s possible that 2023 could bring record global warmth and that El Niño would mean 2024 would bring “a very high chance” of a record.

But Schmidt said it’s less clear that 1.5 degrees of warming is imminent, with Earth more than 1.1 degrees Celsius warmer than it was in 1880. Even with a strong El Niño, he predicted that warming could reach perhaps 1.35 degrees C above preindustrial levels.

Although some researchers foresee a transition to El Niño this year, there are reasons to doubt those forecasts. For starters, the climate system known as El Niño/Southern Oscillation would need first to shift into its neutral phase — essentially, the absence of either La Niña or El Niño.

Researchers at the National Oceanic and Atmospheric Administration’s Climate Prediction Center expect that to happen in the early part of this year, but perhaps not until later. The center is predicting an 82 percent chance that neutral conditions develop some time between March and May.

In addition, scientists know this time of year is an especially difficult moment to read the climate tea leaves. They face a hurdle known as the “spring predictability barrier” — an extra layer of uncertainty within forecasting models because spring is an inherently transitional time for El Niño/Southern Oscillation.

Parts of Greenland now hotter than at any time in the past 1,000 years, scientists say

The NOAA climate center acknowledged the challenge in forecasting an imminent end to La Niña: “However, lower accuracy during times of transition, and when predictions go through the spring, means that uncertainty remains high.”

Michael Glantz, a senior scientist at the University of Colorado who studies the societal impacts of El Niño, called the climatic prediction “a little bit of art, a little bit of science.”

“The cycle is not neat. This La Niña, they’ve been saying it’s going to end for a couple of years. It has not ended,” he said. “At some point, they’re going to be right.”

The world should prepare for extreme weather even without El Niño

Although El Niño helped push 2016 to record warmth, the planet was just as hot in 2020 — despite the relative cooling influence of La Niña. This shows that any fixation on El Niño’s likely or potential doom and gloom is misplaced, Kruczkiewicz argued.

“Having an annual average temperature of even the highest of all time does not necessarily correlate to deadly heat waves all over the world at the same time,” he said. “We’ve had La Niña the past few years, and guess what? We’ve had a ton of heat waves.”

A similar contradiction can occur with Atlantic hurricanes, which El Niño is known to discourage from forming or strengthening. That influence didn’t stop Hurricane Andrew, the only landfalling East Coast hurricane during El Niño conditions in 1992, from becoming the country’s costliest-ever natural disaster at the time.

And even a shift from La Niña to neutral conditions is reason for concern, Kruczkiewicz said. The impacts La Niña and El Niño have on weather patterns are well known, but the absence of either one introduces a lack of predictability in seasonal forecasting, which is already notoriously difficult.

“This neutral phase should not be a justification to relax,” Kruczkiewicz said.

Sign up for the latest news about climate and the environment, delivered every Thursday

The close-up view of two Falcon rockets landing is as majestic...

WWDC gave us plenty of reasons to get mad at Apple

Saudi Arabia is building The Line, a new city enclosed by...

Heads up there’s a risk for severe weather across portions of...