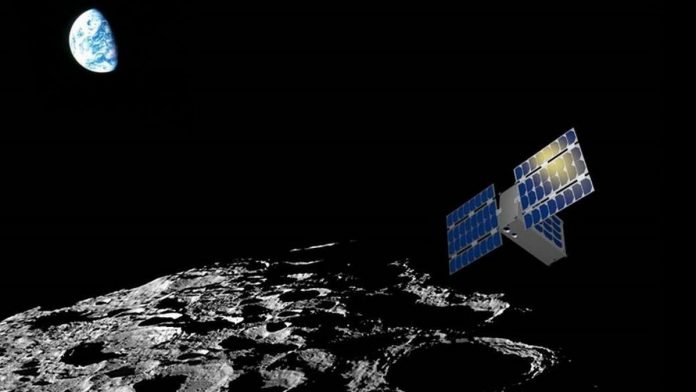 A mission to measure lunar water-ice on the Moon is in jeopardy after the cubesat failed to fire its engines shortly after launch. Time is now running out, as the team has until mid-January to fix the spacecraft’s thrusters and give it a second chance to enter lunar orbit.

NASA’s LunaH-Map, manufactured by Arizona State University, was one of 10 cubesats launched on November 16, 2022 as secondary payloads aboard the Artemis 1 mission. The tiny probe was one of six cubesats cable of sending radio signal to ground teams, in what was an upsetting rate of attrition.

Things were looking good for LunaH-Map until the following day, when mission controllers tried to engage the cubesat’s propulsion system and execute a crucial course correction maneuver. Despite several attempts, the spacecraft failed to fire its engines, preventing it from performing its intended lunar flyby on November 21. LunaH-Map was supposed to use this propulsive maneuver to direct it towards its orbit around the Moon.

Engineers are hoping to fire LunaH-Map’s thrusters in the coming weeks such that the spacecraft can take an alternate route to the Moon, Craig Hardgrove, principal investigator for LunaH-Map at Arizona State University, said during a presentation about the mission at the Fall Meeting of the American Geophysical Union in December, SpaceNews reported. The team has until mid-January to do so, otherwise the probe will never reach any kind of orbit around the Moon.

Data collected so far suggests that a valve within the spacecraft’s thrusters is partially stuck. Engineers are attempting to use heaters in the propulsion system to free the valve. Should the spacecraft miss its second shot at entering lunar orbit, the mission team will consider sending LunaH-Map towards a near-Earth asteroid, according to Hardgrove.

While NASA’s Artemis 1 mission was a success, its secondary payload has not been so lucky, with the majority of cubesats packed for the lunar mission failing at some point after launch. The mission suffered several delays and engineers were only able to recharge four out of 10 cubesats already packed inside the Space Launch System (SLS) rocket. NASA was worried that its LunaH-Map cubesat would not have enough power to endure the journey to the Moon and complete its mission of measuring water-ice in the shadowed regions of the lunar surface, but this proved to not be a problem. The jammed valve is another story.

It won’t be long before we find out LunaH-Map’s fate once and for all, but hopefully this tiny probe can make it all the way to the Moon.

Explained: How researchers found where to look for Planet Nine

The Mighty Mississippi Is Backed Up – Bloomberg

MarketForce partners with Cellulant to expand in five new markets across...

Police: 1 dead, 1 injured in shooting at Fred Meyer in...