A sunny, warm Monday ahead of severe weather on Tuesday and Wednesday. Thunderstorms will be widespread in the area.

ATLANTA – The FOX 5 Storm Team is tracking the potential for strong to severe storms across north Georgia on both Tuesday and Wednesday.

Tuesday is a Storm Alert Day, so prepare and plan for severe that could impact life and property by downloading the FOX 5 Storm Team Weather App today.

Tuesday’s storm system will move across the region during the mid-morning and afternoon hours. As of Monday morning, communities mainly along and south of Interstate 20 are under the enhanced risk for severe storms. Meanwhile, metro Atlanta is under a slight risk.

The primary storm threats are damaging winds, isolated large hail and tornadoes as showers and numerous thunderstorms will develop along a northward-advancing warm front.

Another of round storms will move across the region late Wednesday. Showers and thunderstorms are possible ahead of an approaching cold front.

The models are still trying to a handle on the exact timing and location of the strongest storms activity, but it appears the greatest threat for severe weather will be along and north of the I-85 and I-20 corridors between sunset on Wednesday and sunrise on Thursday.

The primary concern for round two will be damaging wind gusts, but an isolated spin-up tornado cannot be ruled out at this time. Metro Atlanta and communities north of the city are currently under an enhanced risk for severe weather for Wednesday’s event. 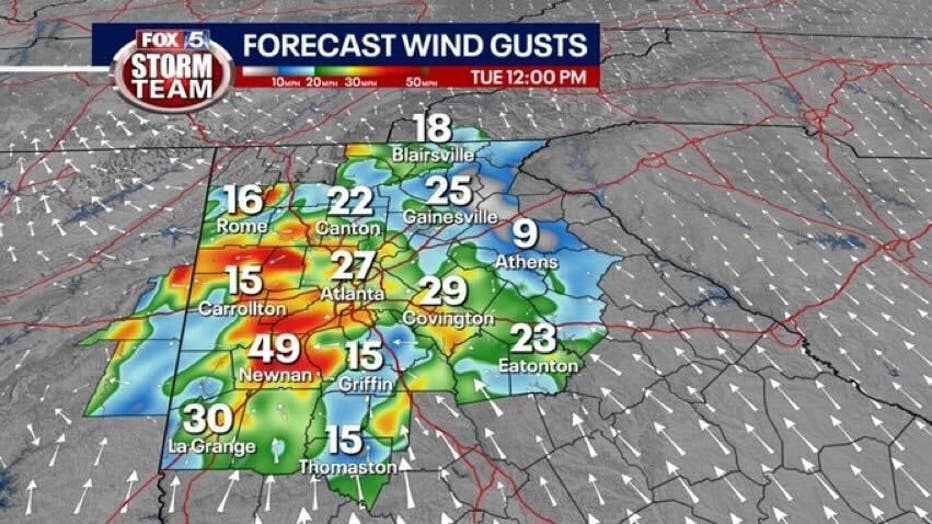 The combination of rain from these two storm systems, up to 2.5 inches of rainfall in less than 48 hours, increases the risk for localized flash floods.

‘We rely on Russian engines a bit more than we should.’

Look Up and Watch a 1.1-km Asteroid Fly Past Earth Today...