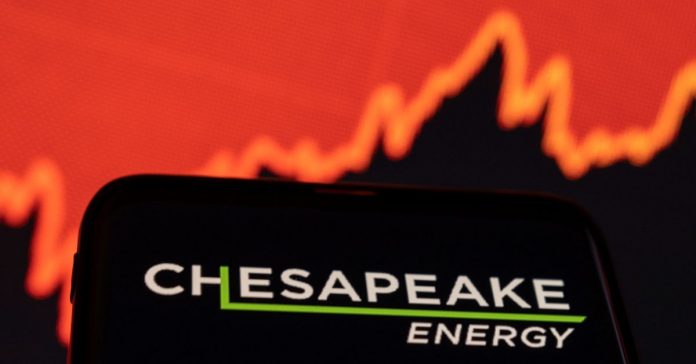 Jan 18 (Reuters) – U.S. oil and gas exploration and production company Chesapeake Energy Corp (CHK.O) said on Wednesday it had agreed to sell part of its operations in south Texas to private equity-owned WildFire Energy for $1.43 billion in cash.

Chesapeake has been trying to heed calls by activist investor Kimmeridge Energy Management, which has pushed the Oklahoma City-based company to move away from oil drilling in favor of low-cost natural gas production.

“Today marks an important step on our path to exiting the Eagle Ford as we focus our capital on the premium, rock, returns and runway of our Marcellus and Haynesville positions,” Nick Dell’Osso, Chesapeake chief executive, said in a statement.

The news confirmed a Reuters report from earlier in the day, saying that Chesapeake and WildFire had agreed the deal.

WildFire, owned by buyout firms Warburg Pincus and Kayne Anderson, is buying Chesapeake’s Brazos Valley operations that are located in the eastern part of the Eagle Ford basin. An initial payment of $1.2 billion will be supplemented by further annual contributions for the next four years.

Chesapeake’s Eagle Ford position was marketed in three pieces, including Brazos. The company remains “actively engaged with other parties” regarding potential sales of the other two land packages, Dell’Osso said in the statement.

A drop in energy prices in recent months made those assets, one of which has expensive contracts to transport crude oil to customers, less appealing to potential buyers, sources told Reuters.

Chesapeake said in August that it viewed the Eagle Ford acreage as no longer core to its strategy, three months after Reuters reported that Kimmeridge owned a stake in the company and was pushing it to prioritize its operations in the gas-rich Marcellus and Haynesville shale formations.

In a statement to Reuters, Kimmeridge Managing Partner Mark Viviano said: “We are encouraged by the company reaching a deal to divest their Brazos assets and look forward to seeing continued progress on their remaining Eagle Ford assets later in the year.”

WildFire was backed by a more than $1 billion investment from Warburg and Kayne in 2019. Since then, it has built a position in the Eagle Ford producing upwards of 16,000 net boepd, according to its website.

WildFire can afford to spend more on exploration than its publicly-traded peers because its private equity owners are willing to be more patient than shareholders of listed companies that expect a quick return through dividends.

This gives it an advantage in owning assets in basins such as the Eagle Ford, where production is growing encouraged by its close proximity to export routes on the U.S. Gulf coast.

RBC Capital Markets, Citigroup and Evercore were Chesapeake’s financial advisors on the sale, with Haynes and Boone providing legal assistance.

Peering at the edge of the universe

NASA reveals where it wants the next Americans to land on...

Making a difference in the lives of cancer patients | Latest...