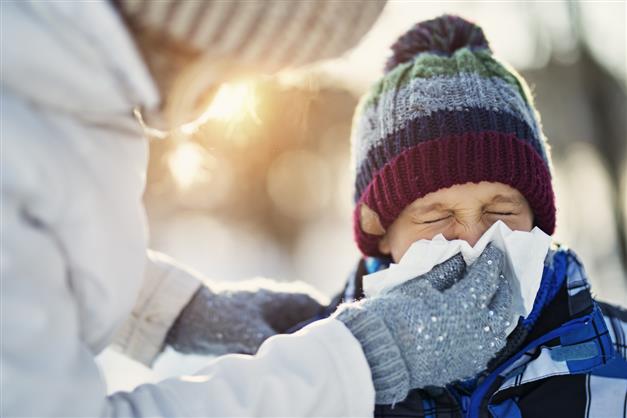 As experts have warned that Delhi is to see another cold wave next week, infants and children are getting sick requiring even ICU treatment, said Dr Pawan Kumar, senior consultant, general pediatrician, Madhukar Rainbow Children’s Hospital.

“The extreme cold waves seen this year are affecting all aspects of life including young infants, children, and the old age population as well. The young infants are facing conditions like severe pneumonia, requiring hospitalisation and ICU care sometimes. School-going children are also affected by the weather conditions,” said Dr Pawan Kumar.

“Pollution is also at its peak during this extreme cold condition. This smog is affecting children’s lungs, causing severe cough and breathing difficulties, especially in the late evening, night, and early morning hours. Most of the kids affected by this condition are requiring frequent nebulization to overcome breathing difficulties,” he said.

Dr Pawan said during these extremely cold conditions, respiratory infections like H3N2 influenza are also rampant in the paediatric population. “Children are also missing school very frequently because of their illnesses. Classrooms are facing low attendance up to 50 per cent in many schools,” he added.

“Pollutants settle down due to gravity, adversely affecting respiratory system, especially for those suffering from asthma and allergies. Skin also becomes dry, more itching as allergen enter via the skin,” said Dr Gupta.

“Less outdoor activity, increased blood pressure, less sunlight exposure, vitamin deficiency is seen in the kids. Infants are more prone to hypothermia. Sudden change in temperature from warm to cold or vice versa is more prone to infections. Cilia function of the nose is less effective in extreme and dry temperatures and more prone for infections,” he said.

Talking about precautions, he said that people should hydrate properly with balanced nutrition. “Avoid outdoor play, especially morning and evening and keep away from junk food. Vaccination and nutrition are to be taken care of. Sleep deprivation is to be avoided with use of sunscreen, if exposed to snow and sun and avoid using heater in a closed room,” he suggested.

What Amazing Things Will the World’s Largest Telescope Show Us?

A blazing inferno threatens my paradise on Earth: Lake Tahoe |...