The Pipeline Fire near Flagstaff, Arizona, ignited Sunday, and smoke from the fire is creating hazy skies over Colorado, including in the Denver metro area.

COLORADO, USA — The skies over Colorado were hazy and smoky Monday morning because of a wildfire in Arizona.

Smoke from the Pipeline Fire near Flagstaff, Arizona, which ignited Sunday, was drifting over Colorado, the National Weather Service (NWS) said.

NWS Boulder said at 9:14 a.m. that most of the smoke was elevated high in the sky and was not near the surface except in the high country. The smoke could mix in with air closer to the ground due to increased surface concentrations later in the day as the heat increases.

Some of you have asked about the smoky sky this morning. That smoke aloft is primarily drifting into Colorado from the Pipeline Fire near Flagstaff, AZ, which ignited yesterday.

The smoke was creating a brown cloud of haze over the Denver metro area, and 9NEWS meteorologist Chris Bianchi said the smoke will reduce air quality.

While hazy skies and light to moderate concentrations of smoke can be expected at times through Wednesday morning, widespread health impacts were not expected, said the Colorado Department of Public Health and Environment (CDPHE).

That said, smoke could mix down closer toward the surface this afternoon. Ground ozone will also likely reduce air quality around the Front Range and eastern Colorado later today, according to Bianchi.

Smoke/smog over Colorado today mostly from the #PipelineFire just outside of Flagstaff, AZ.

The Pipeline Fire has burned 4,000 to 5,000 acres as of Monday morning. A 57-year-old-man was arrested for violating the county’s burn ban around the time the wildfire broke out, according to the Coconino County Sheriff’s Office.

Multiple local fire agencies have posted on social media that they were receiving calls about the smoke, but none reported any wildfires Monday.

There have been multiple instances of smoke reported in Larimer County this morning due to low hanging smoke. Thankfully, no fires have been found in Larimer County. This smoke is drifting into Colorado from the Pipeline Fire near Flagstaff, AZ. pic.twitter.com/Y94YSQdOvc

FYI: Hazy skies are being caused by smoke drifting into Colorado from the new Pipeline Fire north of Flagstaff, Arizona.

Some of you have asked about the smoky sky this morning. That smoke aloft is primarily drifting into Colorado from the Pipeline Fire near Flagstaff, AZ, which ignited yesterday. pic.twitter.com/fDub9Abok5

While the smoke was not coming from any fires in Colorado, the fire danger was extremely high Monday.

The NWS said very hot, dry and windy weather will increase fire concerns and advised residents to avoid burning or activities that could create sparks.

Very hot, dry, & windy conditions will lead to increased fire weather concerns today. Since the fuels are green (think green grass & trees with green leaves) no Red Flag Warning was issued. However, it would be best to avoid burning or activities that could create sparks. #COwx pic.twitter.com/Rn0vIqBqVj

RELATED: Denver’s ozone status could move to ‘severe’: What would that mean?

> Top stories from 9NEWS curated daily just for you! Sign up for the 9NEWSLETTER right now to get can’t-miss stories, Next and Broncos content, weather and more delivered right to your inbox. 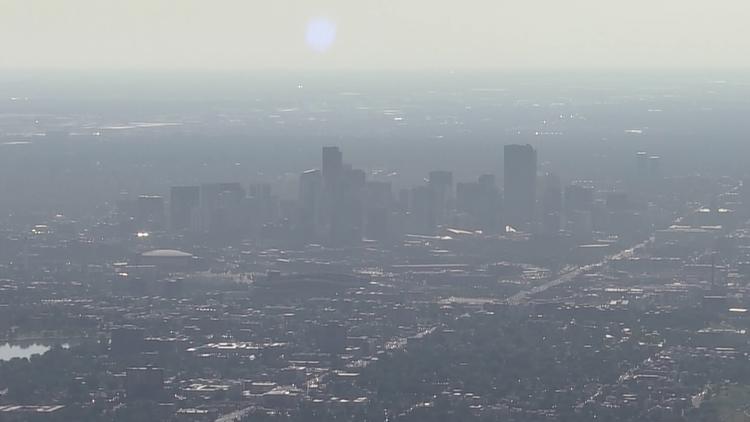 Subscribe to our daily 9NEWSLETTER for top stories from 9NEWS curated daily just for you. Get content and information right now for can’t-miss stories, Next and Broncos content, weather and more delivered right to your inbox.

HOW TO ADD THE 9NEWS APP TO YOUR STREAMING DEVICE

ROKU: add the channel from the ROKU store or by searching for KUSA.

For both Apple TV and Fire TV, search for “9NEWS” to find the free app to add to your account. Another option for Fire TV is to have the app delivered directly to your Fire TV through Amazon.

Heatwave 2022 latest news: Yellow alert in Delhi as India and...

SpaceX’s first private crew shows what they’ve been up to in...

Report: Governments stand to benefit from ‘metaverse’ and its associated technologies

All the PlayStation Showcase trailers: God of War Ragnarok, Spider-Man 2,...