Stargazers are in for a treat this week, as they will be able to see Jupiter in the night sky.

The largest planet in our Solar System can be viewed with the naked eye on the evening of Thursday, August 19.

But how far away is the big orange beauty, and how long does it take spaceships to reach the fifth planet from the Sun?

Here is all you need to know.

How far is Jupiter from Earth?

When the two planets are at their closest point, the distance to Jupiter is only 365 million miles (588 million kilometers), according to Space.com.

How long would it take to get to Jupiter?

Spacecrafts can’t actually land on Jupiter’s surface due to it’s gaseous design – they can only fly near it.

The amount of time it would take to get to Jupiter really depends on many factors including how fast you are going, the path you take in space, and where the planets are located in their orbits.

For example, the Galileo spacecraft launched in October 1989, and took just over six years to reach the gas giant, arriving in December 1995.

The craft took the scenic route, traveling a distance of 2.5 billion miles around Venus, Earth, and the asteroid Gaspra to reach Jupiter.

Voyager 1, on the other hand, took only two years to reach the planet, because it was designed to take advantage of an ideal layout of outer space.

The 2006 New Horizons mission took a more direct path after its launch, and took just over 13 months. 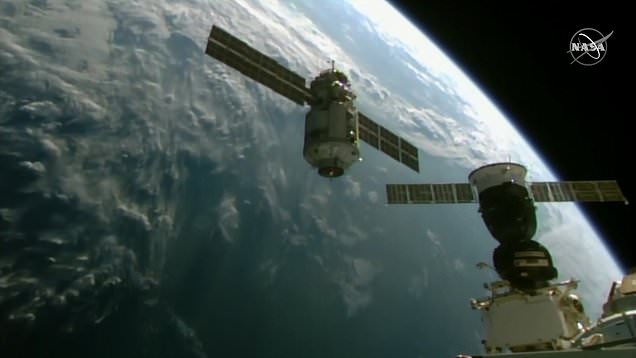 To view this video please enable JavaScript, and consider upgrading to a web
browser that
supports HTML5
video

The European Space Agency plans to launch its JUpiter ICy moons Explorer (JUICE) mission to Jupiter in June 2022 – the cruise will take around 7.6 years.

NASA plans to launch the Europa Clipper mission to Jupiter’s moon Europa in the next few years, with an estimated travel time of three years.


MORE : Space flights from the UK ready to launch next year

Get your need-to-know
latest news, feel-good stories, analysis and more

NASA accuses China of intent to take over the moon, China rejects

PSA: you can now buy a Nintendo Switch OLED or an...

Monitoring vs. Visibility vs. Observability vs. Telemetry

Is Bitcoin Losing Its Position As The Crypto Market’s Leader?

This Lifelike Robot Is Terrifying Everyone With Its Realism

Earth’s Brightness Has Dimmed Due To Climate Change, Reveals Study

The eruption near Tonga was so powerful you could hear it...