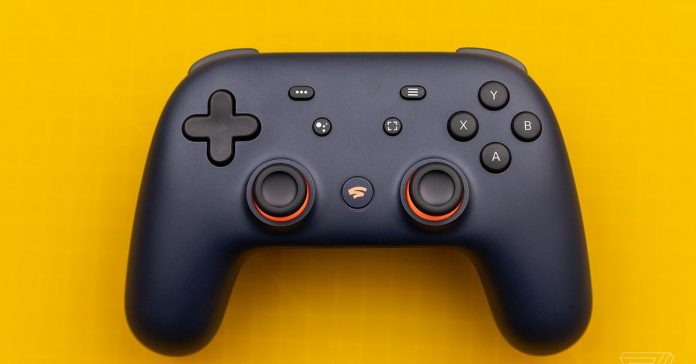 Google is turning off its Stadia cloud game streaming service on January 18th, 2023, but it’s giving the wireless Stadia controller a second chance as a Bluetooth controller that can be connected to PCs, Macs, phones, and presumably other devices, too. The change won’t happen automatically; it’s a manual process that can’t be reversed. What’s more, you only have until December 31st, 2023, to do the switch to enable Bluetooth wireless. After that date, any unconverted Stadia controller will still work as a wired USB gamepad, but it’ll be locked out of playing games wirelessly.

I’m going to walk you through the process for converting your Stadia controller by using Google’s browser-based tool.

Charge your controller, plug it in, and open the tool

Allow the browser to verify the controller

At this point, the tool will show you a set of button commands that are necessary to press in order to allow the Wi-Fi to Bluetooth conversion to transpire. Here are the button prompts in order:

Allow the browser to download the Bluetooth mode update

In order to install the update, you’ll have to once again select your controller, following a similar process from earlier.

Allow your browser to install the Bluetooth mode

Once again, the next step has you allowing the browser to install the update. Select the controller (it could go by any of the names listed in the previous step) for the final step that enables Bluetooth.

How to connect to devices via Bluetooth

To connect your Stadia controller wirelessly to devices over Bluetooth, hold the Y and Stadia buttons simultaneously for two seconds, and the status light will flash orange to indicate that it’s in pairing mode. Google notes that, once it’s paired to a device, it’ll auto-connect to the last paired device when turned on.

Correction January 17th, 4:42PM ET: A previous version of this article incorrectly mentioned that Stadia controllers that miss the December 31st, 2023 update window will be useless. However, they will still work as wired USB controllers.

After last week’s fireball, meteorites are being discovered in Mississippi

Microsoft Insists Call of Duty PlayStation Versions Will Be the Same...

Is Your New iPhone 14 Pro, Pro Max Unresponsive After Data...