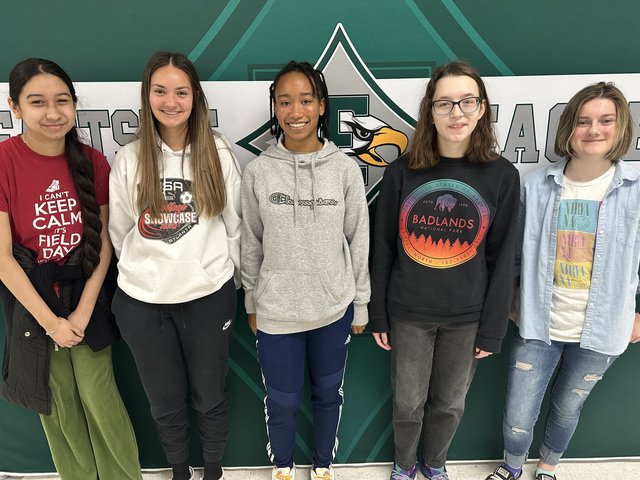 COVINGTON, Ga. — The InspiHer program created by Dr. Jennifer Williams has a mission that runs deep in Newton County.

In fact, it was an inspired Williams who piloted the program seven years ago for purpose of exposing females — specifically minority females — to coding and computer science at a young age.

It’s a predominately male field, and when Williams attended a national computer science conference with over 6,000 people, only to realize she was the only African-American female present, she knew then that something in this industry had to change.

“As a minority female woman, less than 2% are represented in a field of technology,” Williams said. “We need to do something about this.”

The program started small with a club at Veterans Memorial Middle School, but the goal has been the same since its inception — to get young ladies involved in coding and the early skills of various computer sciences.

That small, founding club has evolved into a county wide movement to inspire young females students throughout all Newton County schools to consider careers in coding and computer technology. None of this would’ve been possible, though, had Williams and her team not stepped up to make a change.

Ijeoma Johnson, who is the school system’s instructional technology coordinator, and Misty Smith, who generated the 360 Coding Club have been working with Williams to invent a viable and long term local solution for the underrepresentation of females in technology.

“We want to make sure that we inspire and empower our girls to know that there’s an opportunity in computer science and coding,” Williams said. “We’re trying to help close the gender gap in technology and technology usage in our area.”

Grants and partnerships supported the lift-off of Williams’ aspirations. At first, Facebook granted the program $30,000, then Georgia Public Broadcasting chipped in an additional $10,000. These funds allowed Williams and her team to start a coding conference a summer camp.

Additionally, ClassLink partnered with InspiHer and sponsored all of the T-shirts for the girls. Members of the local Delta Sigma Theta sorority chapter sponsored lunch at the conference. Georgia Tech’s CEISMC program (Center for Education Integrating Science, Mathematics, and Computing) sent five women to lead a session of the Earsketch program which is a branch of InspiHer where girls get to code music and create original songs.

A few ladies from Eastside High School who are involved in Earsketch were able to expand their horizons and code a song of their own. After joining the program, freshmen Hope Poor and Katie Bryan, sophomore Ashley Rodriguez and seniors Charlotte Abernathy and Lauren Davis quickly realized that creating the music wasn’t the best part of the project, rather the movement was.

“I think the InspireHer program has made me realize that girls are able to do anything, and that it’s a great way to get girls to do more computer science,” Davis said.

While the girls worked individually on their own creations, it brought them together to be a part of something much larger than computer science.

“Even now, there’s still very sexist things that go on and sexist comments that are targeted towards us, and it’s really empowering to finally know that we have an opportunity to be just as good as guys are,” Poor said.

Earsketch allowed these students to be exposed to something they had never considered before. Doing it together with other female students made it all the more special.

“I feel it’s shown me that females aren’t just there,” Abernathy said. “We can do what men can do as well as, if not better than them, and we can have (as many) people in the same field as men.”

In addition to Earsketch, the 360 Coding Club that was organized by Misty Smith, has the mission to provide educational excellence for all. Smith believes that in order to be excellent, you must be shown an example of excellence. You can’t be what you can’t see.

“It’s breaking down the barrier of misconception,” Smith said. “We’re making it accessible and we’re giving them power of a vision. A vision to see themselves where someone in our society has always said, ‘it looks like this.’ We’re changing that stereotype.”

Williams, Johnson and Smith are all former teachers, so the way students think when it comes to their futures is something they are all very familiar with.

“We’ve all taught in this district, so we all know the students of this community,” Johnson said. “I taught middle school, and a lot of my students couldn’t see themselves beyond Covington.”

Johnson explained that the premise of what she and her team want to accomplish is options and possibilities, and to do this, representation matters.

The trio uses the approach of examples and experiences to instill confidence in their students. This is where “you can’t be what you can’t see” comes into play. The chief premise is to make sure every student they encounter can see themselves in what they do which allows every student to visualize excellence for themselves.

These three ladies have started a movement and sparked massive opportunities that allow young female students to create things that even the adults who teach them can’t such as creating their own mobile apps, thanks to a partnership with Alefiya Master, the founder and CEO of MAD-learn which helps students create their own mobile apps.

InspiHer invited fourth and fifth grade girls to participate in creating apps with Master that were able to go live in the App Store. Master also did a keynote address at one of the the InspiHer conferences and spoke to all the young girls about solving problems and creating solutions for the needs of people in today’s society.

She also sponsored the applications for the mobile apps that students created for the remainder of the year, which allowed the apps to be published and available for download.

About 400 girls attended this specific conference, but a separate one was held for older girls. Elementary students were at the Newton College and Career Academy while middle and high school students were at Georgia Piedmont Technical College.

The conference led several high school seniors to apply for admission into Georgia Piedmont that day and receive same-day acceptance.

“We talked about powerful moments and we were able to celebrate,” Johnson said. “It was a really big deal for those kids.”

InspiHer has flung the door wide open for young ladies to get involved and get creative. The objective to get more females involved in various technological fields is being accomplished with each event. And as far as Williams is concerned, it’s only up from here.

“Our InspiHer program inspired us to do more,” Williams said. “We care about our girls. We want our girls to be inspired and to know that they can do anything. But this is something that we want our entire community to be a part of.”

Tech That Offers New Ways to Teach Kids to Read

This artist is dominating AI-generated art. And he’s not happy about...

If You Shop at Lowe’s, Prepare for This Major Change, Starting...