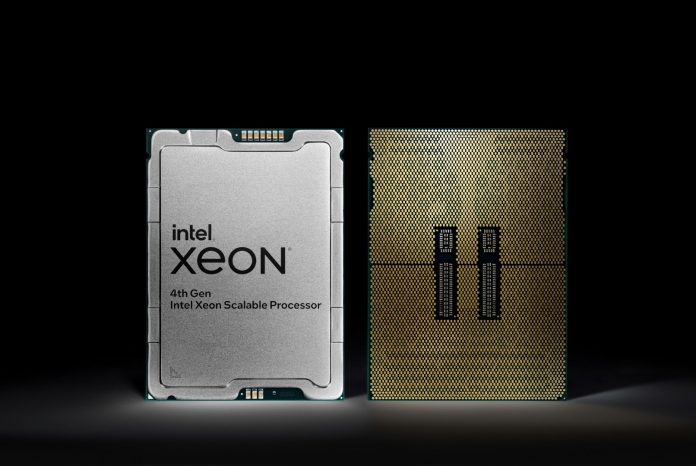 It took more than a year longer than Intel (INTC -0.59%) had originally planned, but the company’s innovative Sapphire Rapids server CPUs have finally launched. The Sapphire Rapids family is composed of 52 CPUs spanning a wide range of core counts and features, and it launched alongside a set of new data center GPUs.

Intel can’t compete on core counts, and general-purpose performance is still unknown as we wait on third-party reviews of the Sapphire Rapids chips. But Intel’s decision to include special-purpose accelerators paired with a new pricing model could help the company’s new chips overcome AMD’s advantages.

Given how long Sapphire Rapids was delayed and how good AMD’s Genoa server CPUs are, it seems likely that Intel’s new chips will lose out to AMD in terms of general-purpose performance. Certainly, any workload that can make use of extreme core counts will benefit from AMD’s focus on ramping up the core density. Sapphire Rapids tops out at 60 cores.

What Sapphire Rapids brings to the table is the potential for vast performance boosts in specialized workloads. Each chip contains a number of accelerators aimed at specific tasks. Some chips have all their accelerators enabled by default, while less expensive chips don’t. Through Intel’s new Intel on Demand model, those disabled accelerators can be enabled later at an additional cost.

This somewhat confusing system has one upside for customers: A Sapphire Rapids CPU can be upgraded to add specific functionality, potentially saving the customer from needing to replace the chip. That could turn out to be a powerful selling point, although we’ll have to wait and see how customers respond to this new model.

All the Sapphire Rapids processors support some accelerators by default, including a few that greatly speed up artificial intelligence workloads. Intel claims that Sapphire Rapids can achieve more than 10x the real-time inference and training performance compared to previous-generation chips, and the Max models, which include high-bandwidth memory, can speed up large language models by a factor of 20.

Other accelerators that are enabled or available on some models include the data streaming accelerator, which can improve the performance of moving data around, the dynamic load balancer, which can balance network traffic more efficiently, the in-memory analytics accelerator, which helps with database queries and other analytics workloads, and quick assist technology, which boosts cryptography and compression performance.

Intel is still the market leader in the data center, but AMD has been gaining ground quickly. AMD went from being essentially absent in the server CPU market five years ago to holding a 13.9% share in the second quarter of 2022, according to Mercury Research and as reported by Tom’s Hardware. With its Genoa chips likely to be a huge success, AMD’s market share will almost certainly continue to rise.

Sapphire Rapids probably won’t be the home run product that Intel needs to reclaim performance leadership, but it does build the foundation for the company’s aggressive roadmap over the next two years. Emerald Rapids is still expected before the end of 2023, and Granite Rapids is scheduled for 2024. It’s Granite Rapids that will be Intel’s big chance to pull ahead of AMD.

Late to the party, Sapphire Rapids will have trouble competing on raw performance. But customers may find the accelerator tech and pricing model appealing, which could help Intel minimize AMD’s market-share gains.

What do we actually want from a Mario movie?

A Big Nintendo Game Has Seemingly Leaked Ahead of Launch

Here’s when to catch rare moment

Which phone is the better purchase?

“The Matrix Resurrections,” Reviewed: The Reboot Picks Up Where the Trilogy...