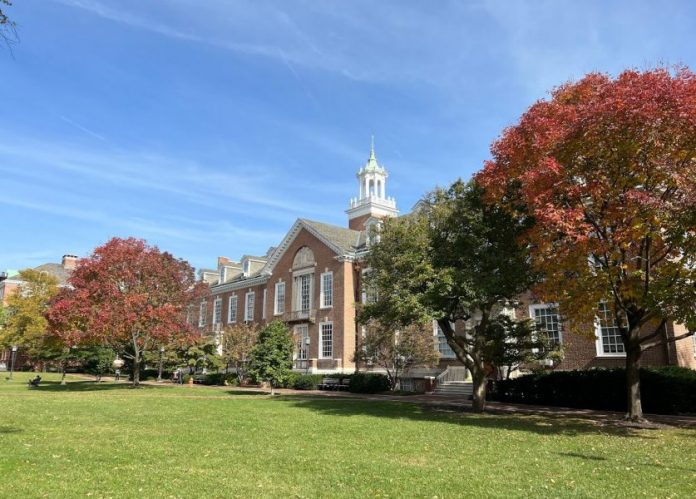 Researchers at Johns Hopkins University have developed a gelatinous robot that can crawl and is only powered by temperature change and an innovative design. The new robot is helping bring higher levels of intelligence to the field of soft robotics.

The research was published in Science Robotics.

David Gracias is senior author of the research and a professor of chemical and biomolecular engineering at Johns Hopkins.

“It seems very simplistic but this is an object moving without batteries, without wiring, without an external power supply of any kind — just on the swelling and shrinking of gel,” said Gracias. “Our study shows how the manipulation of shape, dimensions and patterning of gels can tune morphology to embody a kind of intelligence for locomotion.”

The inability to make robots out of softer materials presents an obstacle in the search for human-like robots as well as biological applications. Traditional robots are made primarily from metallic and plastic frames, which lack the flexibility required to maneuver easily and simulate common human motions.

Emerging technologies are attempting to tweak and engineer these materials to more closely imitate human parts, but it still remains an area that could be vastly improved upon. A shift towards a softer material, likely with a more mechanical base, could open up doors towards biomedical advancements. Collaborative robotics effort between different disciplines is the key to making this happen.

One of the most promising materials used for soft robotics is water-based gels, which researchers have demonstrated can swell or shrink in response to temperature and can be used to create smart structures. The Johns Hopkins team showed for the first time how swelling and shrinking these gels can be manipulated to move robots on flat surfaces, or to make them crawl in certain directions.

The gelbots were created by 3D printing, and the team says they would be easy to mass produce. There are many potential applications, such as moving on surfaces through the human body to deliver targeted medicine. They could also act as marine robots by monitoring and patrolling the ocean’s surface.

Gracias now wants to train the gelbots to crawl in response to variations in human biomarkers and biochemicals, as well as test other shapes and incorporate cameras and sensors on their bodies.

Is Self Driving Dead? Tesla Gets Sued, Ford Shuts Down Argo...

The Societal Dangers of DALL-E 2

What Leaders Should Know About Emerging Technologies

Amazon hits back at new bill designed to stop self-preferencing