A man in New Jersey, in the U.S., filmed a chilling video showing the moments before and after a tornado blew past his house.

Mark Kobylinski inadvertently shot the clip when an EF-3 tornado ripped through Mullica Hill, New Jersey, last week, as the flooding and violent winds – the remnants of Hurricane Ida – tore through the northeastern US, New York Post reported.

The now-viral video, originally posted in its full 3-minute form on Facebook, has racked up 1.2 million views, 21,000 shares and more than 10,000 likes as of Wednesday.

“Incredible damage,” he wrote in his post. “Our neighbourhood has been devastated but everyone is safe!”

Kobylinski, who appeared to be home alone, took shelter with the family dog in the basement while the tornado hit his neighbourhood. When he emerged from his basement to survey the damage, he found his house had been severely damaged.

The footage then features him expressing disbelief at the sheer force of the devastation.

“Oh. My. God,” are the only words Kobylinski can muster as he took stock of the destruction caused by the tornado. 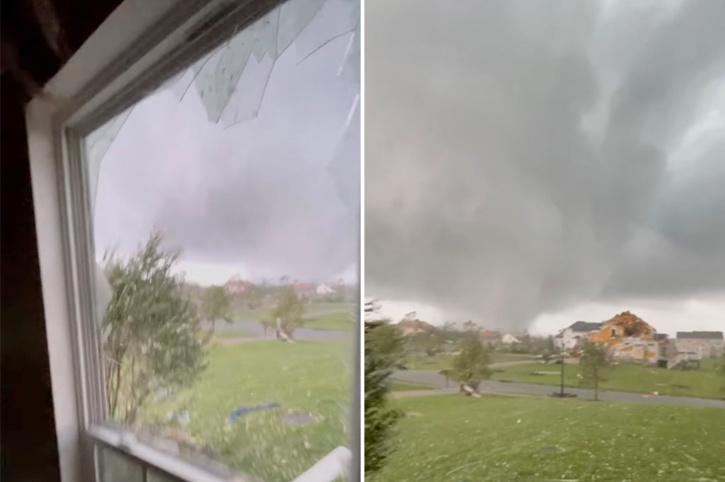 The EF-3 tornado that hit Mullica Hill was one of seven tornados that swept New Jersey. It obliterated several homes in Mullica Hill neighbourhoods and nearly destroyed one of the state’s largest dairy farms.

At least 25 people have died in New Jersey in the tragic aftermath of Hurricane Ida, many of whom perished in their cars while stuck in flash floods, according to the Insider.

Facebook wants you to believe its AI is working against hate...

The U.S. Army is developing a new covid-19 vaccine

‘Biggest snow producer’ of the season so far hits Tahoe