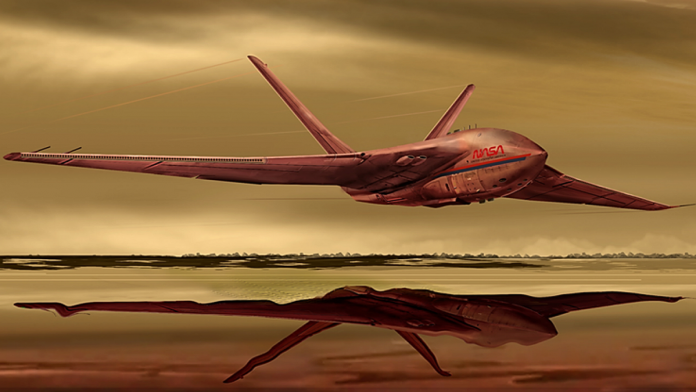 The future of space exploration requires big ideas, and NASA has no objection to considering some of the biggest ideas out there. The space agency’s Innovative Advanced Concepts (NIAC) program exists for this very purpose, and it has chosen the next crop of concepts worthy of an initial study.

The latest round of NIAC grants were awarded to 14 research teams, each receiving $175,000 to further develop their concepts, NASA announced yesterday. Of the 14, 10 are first-time NIAC recipients. These are all preliminary Phase I studies, which need to be completed within nine months.

Success in Phase I could see some of these concepts move to Phase II, in which the researchers are granted more funding and two more years to further develop their ambitious schemes. Only a select few make it to third base: Phase III.

NIAC grants typically cover a wide spectrum of space-based interests, and the selections for this year are no different. NASA strikes a balance between Earth and space science, space exploration, and, of particular importance to the space agency, the furthering of its Artemis agenda, under which NASA is seeking a sustainable and prolonged return to the Moon.

Among the more eye-catching concepts is the AirTitan project envisioned by planetary scientist Quinn Morley of Planet Enterprises. Various concepts for exploring Saturn’s moon Titan have been proposed before, and NASA is already in the midst of preparing the Dragonfly mission, but Morley’s idea is discernibly next level. The autonomous AirTitan vehicle would be just as comfortable flying in Titan’s thick atmosphere as it would be sailing on its methane lakes.

Morley envisions daily flights for AirTitan, as it seamlessly transitions from watercraft (er, methanecraft?) to aircraft. In addition to sampling Titan’s complex atmosphere, the probe would collect and analyze liquid samples. Indeed, Titan is of significant astrobiological interest, as it may host prebiotic organic chemistry. That said, the thick oily lakes could present a problem, but an inflatable wing liner could “offer resiliency and mitigate sludge buildup problems,” according to Morley.

NASA is also interested in the Great Observatory for Long Wavelengths (GO-LoW) concept proposed by Mary Knapp from the Massachusetts Institute of Technology. This space-based observatory would consist of thousands of identical satellites working at the fifth Earth-Sun Lagrange point (L5). By hunting for radio emissions at frequencies between 100 kHz and 15 MHz, the satellite array could study the magnetic fields of distant exoplanets and detect rocky exoplanets similar to our own.

The “fail fast, fail cheap approach is a drastic departure from traditional practices,” Knapp writes, adding that “SpaceX and other new entrants to the launch vehicle market have pushed the market to lower and lower costs, through manufacturing innovations and the economics of scale behind mega-constellations.”

NASA wants Artur Davoyan from the University of California, Los Angeles, to further develop his pellet-beam propulsion system concept, which the mechanical and aerospace engineer envisions as means for transporting heavy spacecraft to targets across the solar system and even into interstellar space. The proposed propulsion system would employ a pellet beam—a beam of microscopic hypervelocity particles propelled by lasers—to push spacecraft to desired locations. Unlike other concepts, the pellet beam allows for the transport of heavy spacecraft, which Davoyan says “substantially increases the scope of possible missions.”

Pellet-beam propulsion could take payloads to the outer planets in less than a year and to distances farther than 100 times the Earth-Sun distance (au) in about three years, he claims. For the current study, Davoyan will consider the efficacy of using the pellet-beam to transport a 1-ton payload to 500 au in less than 20 years. For reference, Pluto is “just” 35.6 au from Earth, while NASA’s Voyager 2, which launched 45 years ago, is now roughly 133 au from Earth.

An oxygen pipeline at the lunar south pole

A key priority for NASA’s Artemis program is to maintain a sustainable presence on the Moon, a challenge that the space agency could overcome by using on-site resources, such as extracting oxygen from the lunar regolith (soil) and water-ice. Peter Curreri from Lunar Resources in Houston agrees, but he’s not a fan of NASA’s current plan, as he explains:

Current funded efforts for in-situ [on-site] oxygen extraction consists of bottling the oxygen in compressed gas tanks or to liquefy and store it in dewars. Either approach requires trucking tanks or dewars to various facilities for use. The process of moving this oxygen on rovers is more energy intensive than the extraction process and is thought to be the MOST expensive aspect in obtaining in-situ oxygen for use on the Moon considering the long distances a resource extraction area will be from a human habitat or liquification plant.

Instead, Curreri proposes a lunar pipeline, which would be built at the lunar south pole, as that’s where most of the Moon’s water-ice is located. The concept attracted NASA’s attention, resulting in the Phase I research grant.

The pipelines would provide settlers with constant access to precious oxygen, while also linking scattered settlements. “A lunar pipeline has never been pursued and will revolutionize lunar surface operations for the Artemis program and reduce cost and risk,” Curreri says.

NASA also has its sights set on Mars, so it wants Congrui Grace Jin, an engineer from the University of Nebraska-Lincoln, to flesh out her idea for growing bricks on Mars, as opposed to importing them from Earth. Indeed, settlers will need to build structures on Mars, but that would require the launching of materials on separate missions, adding to costs. More practically, Jin’s research “proposes that, rather than shipping prefabricated outfitting elements to Mars, habitat outfitting can be realized by in-situ construction using cyanobacteria and fungi as building agents.”

These microbes would be coaxed into generating biominerals and polymers for gluing the Martian regolith into building blocks. “These self-growing building blocks can later be assembled into various structures, such as floors, walls, partitions, and furniture,” Jin writes.

These are only a few of the 14 concepts chosen by NASA for this year’s NIAC grant. You can learn more about the other research proposals here. And to be clear, these concepts haven’t been approved as actual projects—they all still need to pass NASA’s sniff test. Some and possibly all of these ideas may die on the vine, but these sorts of speculations are always worthwhile and a sneak preview to what may eventually be possible.

How AI can have a positive and negative impact on climate...

I bought the gadget the experts hate (and I love it)