Students arriving at Heath High School in West Paducah, Kentucky, embrace an unidentified adult Dec. 2, 1997, after student Michael Carneal opened fire at the school the day before, leaving three students dead and five wounded. In the quarter century that has passed, school shootings have become a regular occurrence in the U.S. Carneal’s parole — set to begin today — raises questions about the appropriate punishment for children who commit heinous crimes. Even if they can be rehabilitated, many wonder whether it is fair to the victims for them to be released.

When 14-year-old Michael Carneal opened fire on his fellow students during a before-school prayer meeting in 1997, school shootings were not yet a part of the national consciousness. The carnage that left three students dead and five more injured at Heath High School, near Paducah, Kentucky, ended when Carneal put down his weapon and the principal walked him to the school office  a scene that seems unimaginable today.

Also stretching today’s imagination  Carneal’s life sentence guaranteed an opportunity for parole after 25 years, the maximum sentence permissible at the time given his age.

A quarter century later, Carneal is 39 with a parole hearing this week that comes at a very different time in American life  after Sandy Hook, after Uvalde. Today, police officers and metal detectors are an accepted presence in many schools, and even kindergartners are drilled to prepare for active shooters.

“Twenty-five years seemed like so long, so far away,” Missy Jenkins Smith recalls thinking at the time of the sentencing. Jenkins Smith was 15 when she was shot by Carneal, someone she considered a friend. The bullet left her paralyzed, and she uses a wheelchair to get around. Over the years, she has counted down the time until Carneal would be eligible for parole. 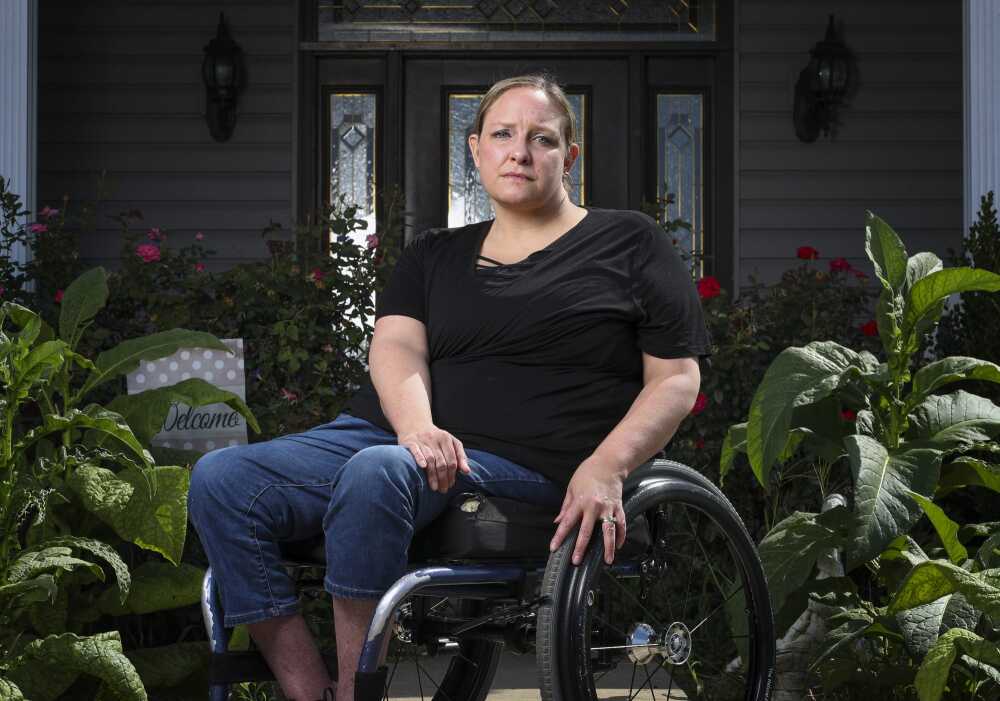 Missy Jenkins Smith at her home Sept. 9 in Kirksey, Kentucky. Jenkins Smith was paralyzed from the chest down after being shot by Michael Carneal in 1997. Carneal, serving a life sentence, has a parole hearing scheduled to being today.

Ron Avi Astor, a professor of social welfare and education at the University of California, Los Angeles, who has studied school violence, said public opinion around school shootings and juvenile punishment has changed a lot over the last 25 years. In the 1980s and 1990s, Astor provided therapy to children who had committed very serious crimes, including murder, but were rehabilitated and not jailed.

“Today all of them would have been locked up,” he said. “But the majority went on to do good things.”

Get our Daily Headlines

Sent right to your inbox.

Jenkins Smith knows first-hand that troubled children can be helped. She worked for years as a counselor for at-risk youth, where her wheelchair served as a stark visual reminder of what violence can do, she said.

“Kids who would threaten school shootings, terroristic threatening, were sent to me,” she said. Some are now adults. “It’s great to see what they’ve accomplished and how they’ve changed their lives around. They’ve learned from their bad decisions.”

But that doesn’t mean she thinks Carneal should be set free. For one thing, she worries he is not equipped to handle life outside of prison and could still harm others. She also doesn’t think it would be right for him to walk free when the people he injured are still suffering. 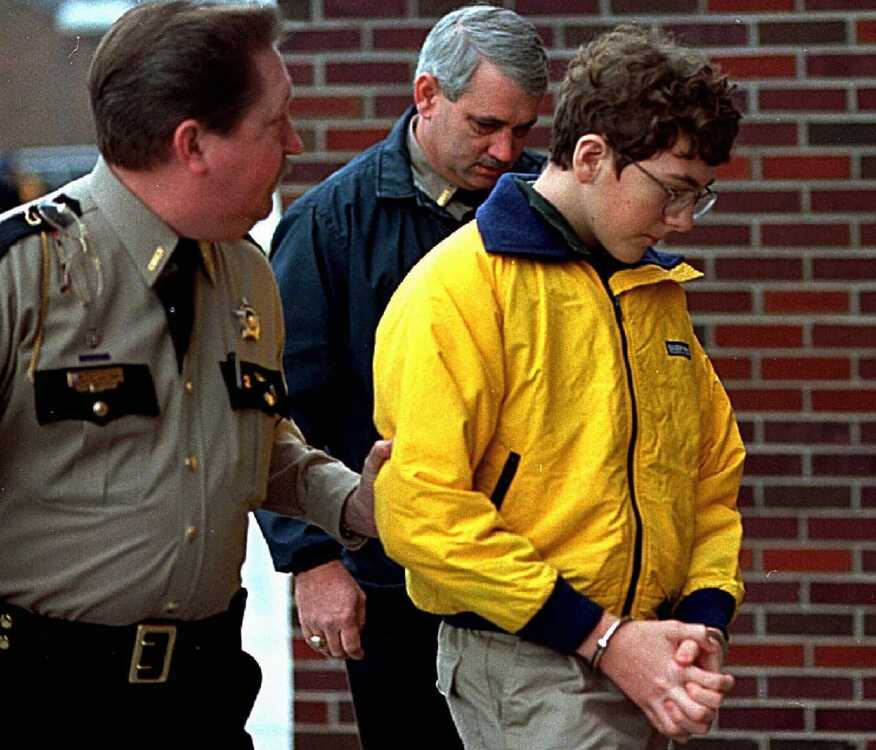 Heath High School shooting suspect Michael Carneal is escorted out of the McCracken County Courthouse after his arraignment Jan. 15, 1998, in Paducah, Kentucky. Carneal was accused of opening fire inside a Kentucky high school, killing three classmates and wounding five others Dec. 1, 1997.

“For him to have a chance at 39. People get married at 39. They have children,” she said. “It’s not right for him to possibly have a normal life that those three girls he killed will never have.”

Without any national consensus, the country ends up with a patchwork of laws and policies that sometimes result in very different punishments for nearly identical crimes, he said.

The shooting at Heath High School took place Dec. 1, 1997, the Monday after Thanksgiving break. Less than four months later, 11-year-old Andrew Golden and 13-year-old Mitchell Johnson shot and killed four classmates and a teacher at Westside Middle School near Jonesboro, Arkansas. They wounded another nine children and one adult. The pair were tried as juveniles and released on their 21st birthdays. 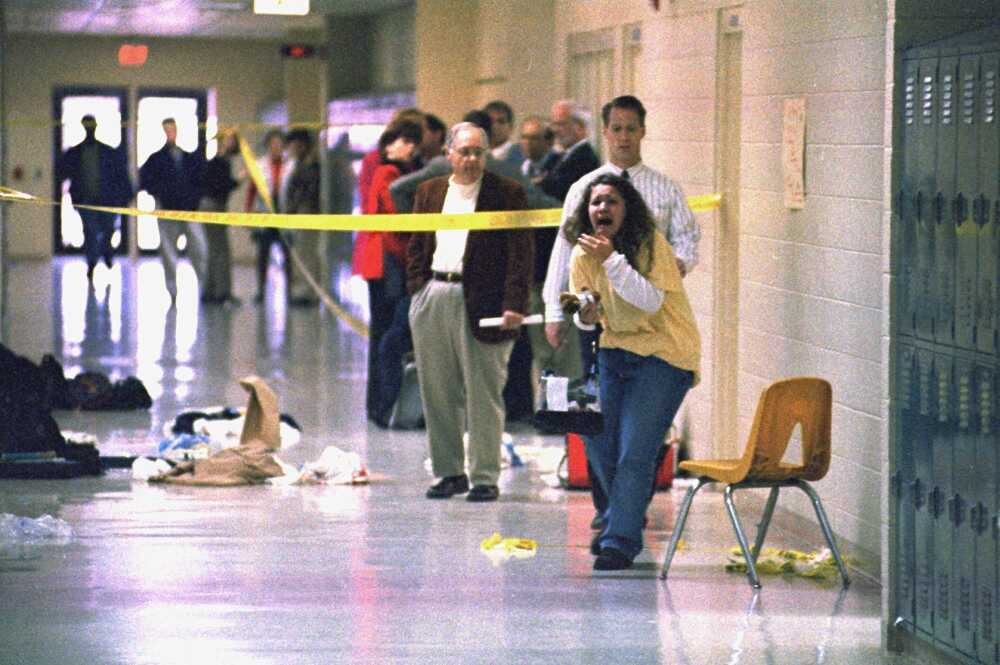 Two decades later, in 2018, 19-year-old Nikolas Cruz killed 17 students and staff members at Marjory Stoneman Douglas High School in Parkland, Florida. At the same time Carneal is being considered for possible release, a Florida jury is deciding whether to sentence Cruz to death.

Jenkins Smith has tried for years to understand why Carneal opened fire on his fellow students that day. She was in the marching band with Carneal, and, before the shooting, “I loved being around him because he made a boring day fun,” she said.

She met with Carneal in prison in 2007 and had a long conversation with him. He apologized to her, and she said she has forgiven him.

“A lot of people think that exonerates him from consequences, but I don’t think so,” she said.

Carneal’s parole hearing is scheduled to start today with testimony from those injured in the shooting and close relatives of those who were killed. Jenkins Smith said she knows of only one victim who supports some form of supervised release for Carneal  less confining than prison but not unrestricted freedom. On Tuesday, Carneal will make his case from the Kentucky State Reformatory in La Grange. If the board rules against release, they can decide how long Carneal should wait before his next opportunity for parole. 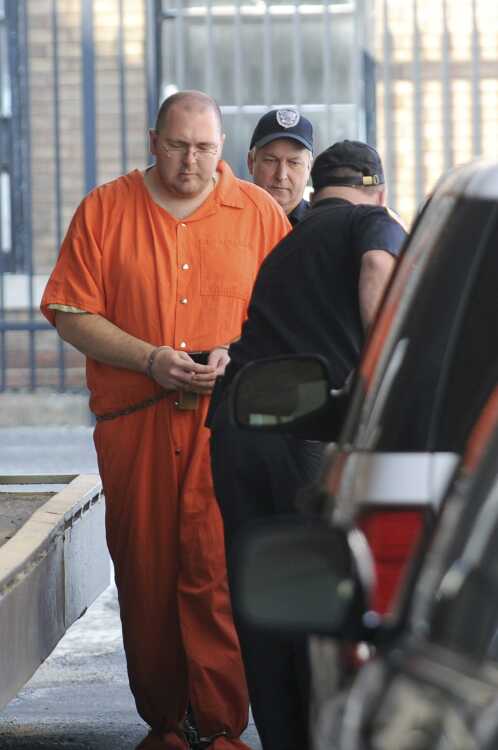 Michael Carneal, 27, is escorted by a guard from the U.S. District Courthouse on March 18, 2011, in Paducah, Kentucky. Carneal pleaded guilty in 1998 to killing three students and injuring five others in 1997 at Heath High School, when he was 14.

The parole hearing will be conducted by videoconference, but Jenkins Smith said she will position her camera to show her full body so the parole board can see her wheelchair. It will be, she said, “a reminder that everyone who experienced that impact 25 years ago is still dealing with it, for the rest of their lives.”

Op-Ed: Iranian women are rising up to demand freedom. Are we listening?

DART mission to strike and move an asteroid

How U of A-led space mission nearly sank into asteroid Bennu...

Europe drought: A town calls water ‘blue gold’ in one of...

Leak site says it has been given list of Canada truck...

Future Hurricanes Could Form Where We Don’t Expect

These 17 malicious Android apps sneak banking Trojans onto your phone