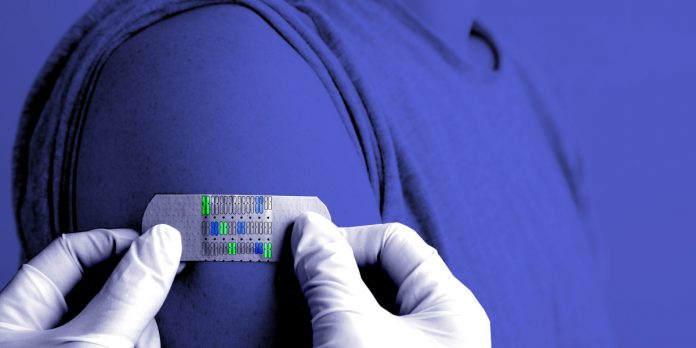 That vision is not far off, researchers say. Advances in gene editing, and CRISPR technology in particular, may soon make it possible. In the early days, CRISPR was used to simply make cuts in DNA. Today, it’s being tested as a way to change existing genetic code, even by inserting all-new chunks of DNA or possibly entire genes into someone’s genome.

These new techniques mean CRISPR could potentially help treat many more conditions—not all of them genetic. In July 2022, for example, Verve Therapeutics launched a trial of a CRISPR-based therapy that alters genetic code to permanently lower cholesterol levels.

The first recipient—a volunteer in New Zealand—has an inherited risk for high cholesterol and already has heart disease. But Kiran Musunuru, cofounder and senior scientific advisor at Verve, thinks that the approach could help almost anyone.

The treatment works by permanently switching off a gene that codes for a protein called PCSK9, which seems to play a role in maintaining cholesterol levels in the blood.

“Even if you start with a normal cholesterol level, and you turn off PCSK9 and bring cholesterol levels even lower, that reduces the risk of having a heart attack,” says Musunuru. “It’s a general strategy that would work for anyone in the population.”

While newer innovations are still being explored in lab dishes and research animals, CRISPR treatments have already entered human trials. It’s a staggering accomplishment when you consider that the technology was first used to edit the genomes of cells about 10 years ago. “It’s been a pretty quick journey to the clinic,” says Alexis Komor at the University of California, San Diego, who developed some of these newer forms of CRISPR gene editing.

Gene-editing treatments work by directly altering the DNA in a genome. The first generation of CRISPR technology essentially makes cuts in the DNA. Cells repair these cuts, and this process usually stops a harmful genetic mutation from having an effect.

Opinion | The Supreme Court Takes Us Back … Way Back

Sonos Voice could be one assistant too many

These Were Our Favorite Tech Stories From Around the Web in...