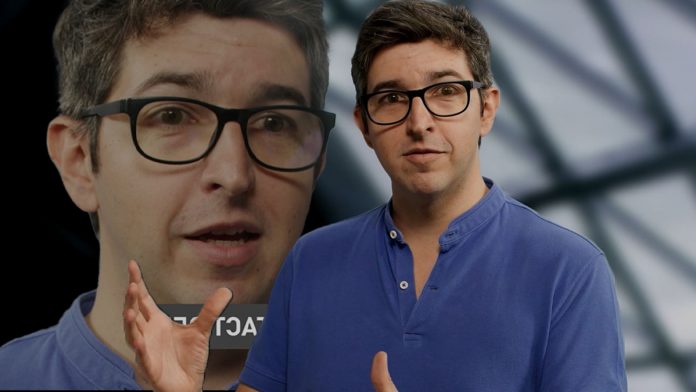 Nvidia has developed a new broadcast software that uses AI to make it look like streamers are staring directly into their cameras, but the constant eye contact is being deemed “creepy AF.”

On January 13, 2022, Nvidia announced a couple of new features coming to NVIDIA Broadcast with update 1.4. One, in particular, was the new Eye Contact feature that uses AI to make it appear that the streamer is maintaining constant eye contact with their camera.

And on January 17, Twitch streamer 1030 posted a video showcasing the program in action. “Amazing new machine-learning technology,” he stated. “As an autistic guy, I wish I had this in real life.”

But as more streamers have got their hands on the feature, the less favorable the responses have been. Viewers and streamers alike call the Eye Contact mode “creepy” and “unnatural” and, in some cases, are breaking the software for the worse.

Nvidia Eye Contact uses AI to track the location of a streamer’s eyes and position them to look directly at the camera. It’s in its Beta as of writing, and a developer has stated they are working on iterations that will fix some of the issues.

Subscribe to our newsletter for the latest updates on Esports, Gaming and more.

One problem is that the feature doesn’t show the streamer blinking. When the streamer blinks, the stream from Nvidia Broadcast doesn’t budge, leaving their eyes glued to the camera. This was shown by streamer DerTilmen, who completely shut one eye, only for the software to generate a fake eye peering through his eyelids.

“I used it while streaming and a friend commented that it looked off at times. Uncanny valley or something,” a user tweeted. Twitch streamer Barnacules stated, “I tested it during a live stream and people found it creepy AF and I agree. Especially the way it snaps.”

Others asked the hard-hitting question: “why?” Well, according to Nvidia, the feature is meant for content creators who want to record themselves while reading notes or a script, and for video conference presenters who want to improve engagement with their audience.

Apple is reportedly developing car crash detection for the 2022 Watch

Acrobatic squirrels learn to leap and land on tree branches without...

Boston surgeon was a day late for emergency surgery because he...

The World's First Warzone 2 Nuke Has Been Achieved

Who Was Tyler Lopresti Castro And What Was His Cause Of...