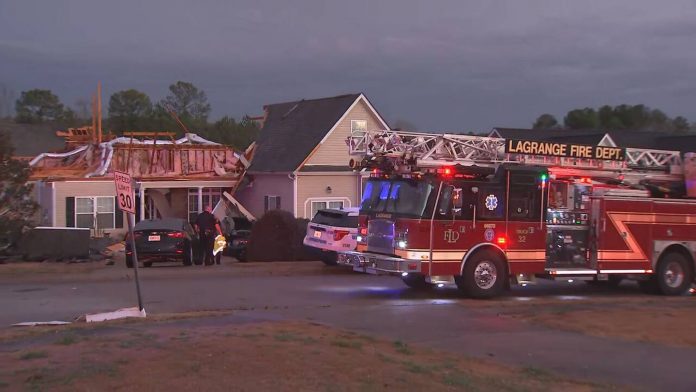 Gov. Brian Kemp has declared a State of Emergency for all of Georgia.

The tornadoes touched down in Spalding and Troup/Meriwether counties. An initial report of a tornado in DeKalb County was dropped.

The strength and amount of damage from each tornado will become available once NWS survey crews complete their assessments.

Stay with Channel 2 Action News throughout the day, as we have crews in some of the hardest-hit areas.

In Turkey, wildfires leave behind charred homes and ashes | Turkey...

Op-Ed: Why forest managers need to team up with Indigenous fire...

Astronomers spot light from behind a black hole for the first...

Opinion | Could Fusion Arrive in Time to Solve Climate Change?