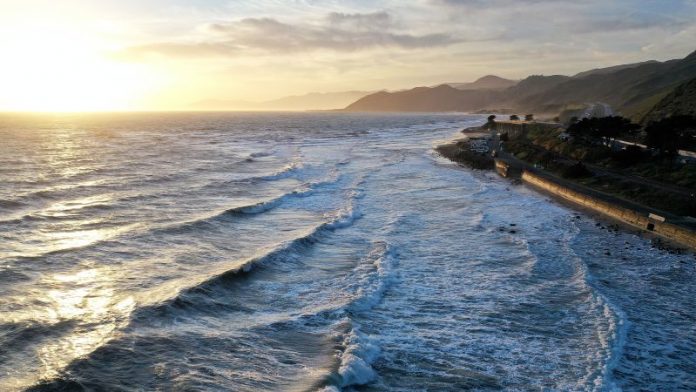 The world’s oceans were the warmest on record for the fourth year in row in 2022, a troubling sign of the climate crisis caused by humans pumping heat-trapping gases into the atmosphere.

A study by an international team of scientists from 16 institutes worldwide found that the five hottest years for oceans all happened in the past six years and that the speed at which oceans are warming is getting increasingly fast.

Published in the journal Advances in Atmospheric Sciences on Wednesday, the study looked at temperatures from the ocean surface to 2,000 meters (6,560 feet) deep, examining data going back to the 1950s.

The results are worrying. “The state of our oceans can measure the world’s health, and judging by the updated oceanic observations … we need a doctor,” the team of authors said in an accompanying press release.

In terms of energy, the amount of heat added to the oceans in 2022 is equivalent to 100 times the total global electricity generation last year, the researchers said.

Oceans serve as a good indicator of the real impact of climate change because compared to air temperatures, they are less affected by seasonal changes and day-to-day weather cycles. Covering almost three quarters of Earth’s surface, oceans absorb the vast majority of the world’s heat.

Since 1970, more than 90% of the planet’s excess heat went into the oceans, the study said.

The scientists said that the global long-term warming trend is now so steady and robust that annual records continue to be set every year.

“Until we reach net zero emissions, that heating will continue, and we’ll continue to break ocean heat content records, as we did this year. Better awareness and understanding of the oceans are a basis for the actions to combat climate change,” said Michael Mann, professor at the University of Pennsylvania and one of the authors of the study.

Warming oceans have a major impact on the lives of millions of people. They supercharge weather patterns to create more powerful storms, hurricanes and intense rainfall and make it easier for storms to rapidly intensify, as happened with Hurricane Ian, which hit the Caribbean and Florida in late September.

The warming is also a key driver of sea level rise, because extra heat causes oceans to expand. When water gets warmer, its molecules move faster and spread out more, which increases its volume. This leads to more coastal erosion and storm surges – such as when Hurricane Nicole hit Florida’s Daytona Beach area in November.

It’s not just the oceans that are warming rapidly. An analysis by the European Union’s Copernicus Climate Change Service published on Tuesday showed that last eight years have been the eight warmest on record, as the growing concentration of heat-trapping gases in the atmosphere pushes global temperatures toward a dangerous tipping point.

Electric Discharge From Plants May Be Changing Air Quality in Ways...

Tornadoes: Severe storms expected in the South putting more than 40...