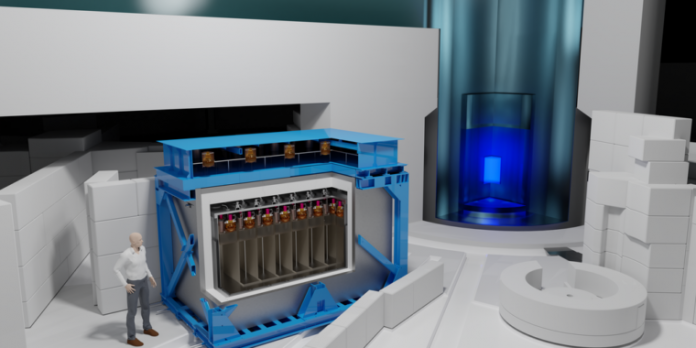 Neutrinos are probably the strangest particles we know about. They’re far, far lighter than any other particle with mass and only interact with other matter via the weak force—which means they barely ever interact with anything. Three types (or flavors) of neutrinos have been identified, and any individual particle doesn’t have a fixed identity. Instead, it can be viewed as a quantum superposition of all three flavors and will oscillate among these identities.

As if all that weren’t enough, a set of strange measurements has suggested that there could be a fourth type of neutrino that doesn’t even interact via the weak force, making it impossible to detect. These “sterile neutrinos” could potentially explain the tiny masses of the other neutrinos, as well as the existence of dark matter, but the whole “impossible to detect” thing makes it difficult to address their existence directly.

The strongest hints of their presence come from odd measurement results in experiments with other flavors of neutrinos. But a new study today rules out sterile neutrinos as an explanation for one of these oddities—even while confirming that the anomalous results are real.

We can detect the existence of particles in two ways: They either interact with other matter directly, or they decay into one or more particles that do. That’s what makes sterile neutrinos undetectable. They’re fundamental particles and shouldn’t decay into anything. They also only interact with other matter via gravity, and their low masses make detection via this route an impossibility.

Instead, we can potentially detect them via the oscillations of neutrinos. You can set up an experiment that produces a specific type of neutrinos at a known rate and then try to detect those neutrinos. If there are sterile neutrinos, some of the neutrinos you produced will oscillate into that identity and, thus, go undetected. So you end up measuring fewer neutrinos than you’d expect.

That’s exactly what has been happening at nuclear reactors. One of the products of a radioactive decay (which is driven by the weak force) is a neutrino, so nuclear reactors produce copious amounts of these particles. Measurements with detectors placed nearby, however, picked up about 6 percent fewer neutrinos than expected. A rapid oscillation into sterile neutrinos could explain that discrepancy.

But these experiments are really difficult. Neutrinos interact with detectors so rarely that only a tiny fraction of those produced get registered. And nuclear reactors are incredibly complex environments. Even if you start with a pure sample of a single radioactive isotope, decays quickly turn things into a complicated mix of new elements, some radioactive, some not. The neutrons released can also convert the reactor equipment into new isotopes that may be radioactive. So, it’s tough to know exactly how many neutrinos you’re producing to start with and the exact fraction of the ones you produce that will get registered by your detector.

For all those reasons, it’s tough to be certain that any anomalies in neutrino measurements are real. Physicists tend to take a wait-and-see attitude toward indications that something strange is going on.

Utah firefighters head to Texas to help with wildfires

ISS: American spacewalkers Cassada and Rubio will venture outside the space...

Peloton founder John Foley is no longer a billionaire as his...

Fragments of a dying comet might put on a spectacular show...