Adam Turley surveys the damage to his father’s truck in front of their home on in the Jefferson County town of Concord Thursday. The community was one of the hardest hit by a line of severe thunderstorms early Thursday that generated at least three tornadoes and destructive straight-line wind. 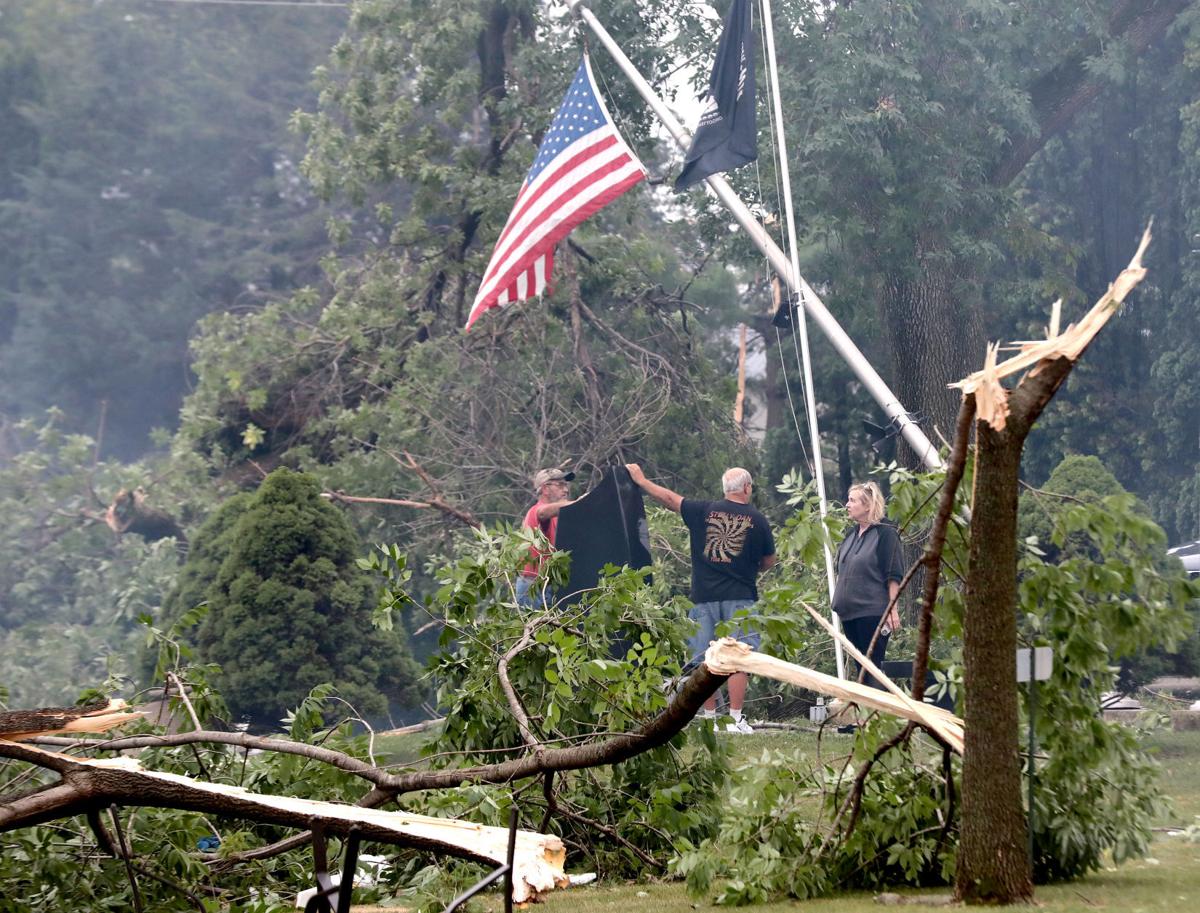 Residents inspect damage from an overnight storm at Dahnert Park in the Jefferson County village of Concord Thursday. 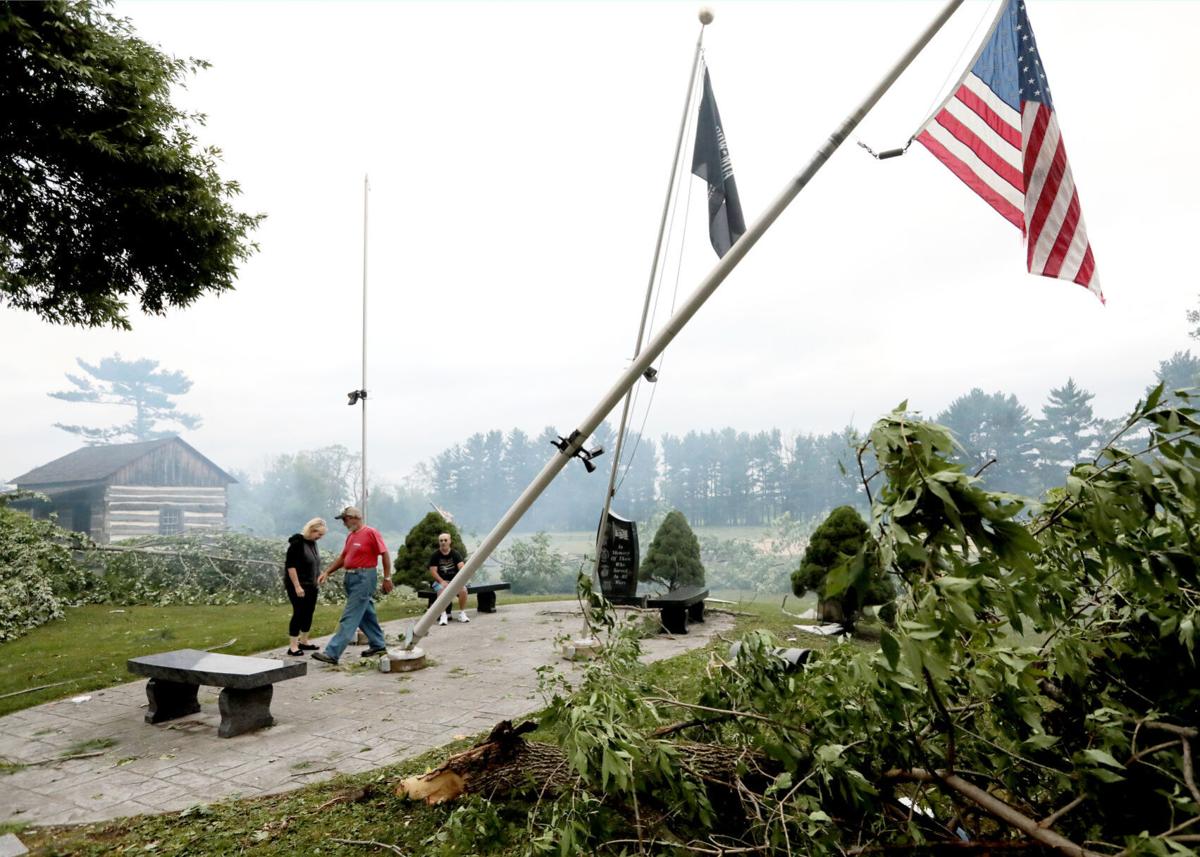 Flag poles at a war memorial at Dahnert Park in Concord, in Jefferson County, were bent in the overnight storm. 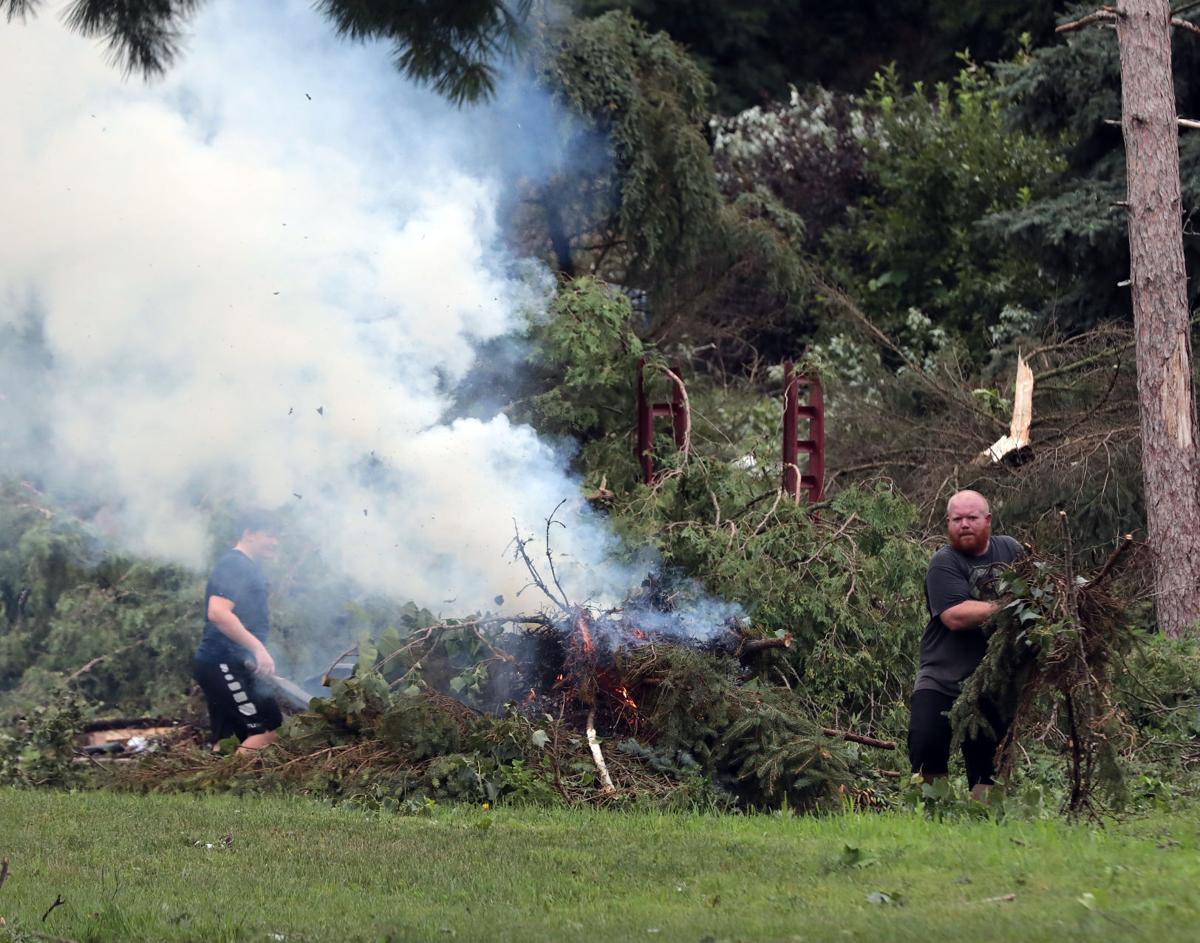 Jefferson County residents burn some of the downed trees in Concord.

Strong thunderstorms and at least four tornadoes overnight Wednesday caused widespread damage, left tens of thousands without power and contributed to at least one death.

Quinn R. Boehning, 29, was killed after crashing into a fallen tree and power line on Highway N near the town of Ripon, at about 6 a.m. Thursday, according to the Wisconsin State Patrol.

The first touchdown was outside Watertown just after 1 a.m., the Weather Service said, estimating winds at close to 85 mph. The second touched down at 1:15 a.m. just outside the town of Concord in Jefferson County, where wind speeds were estimated at close to 100 mph. Concord sustained the most destruction from the overnight storms, meteorologist Andy Boxell said, with significant damage to trees, roofs and barns.

Two families were displaced, but there were no reports of injuries, Donna Haugom, emergency management director for Jefferson County said.

The third confirmed tornado was just south of Sunset Park in Waukesha, occurring at about 1:30 a.m. with wind speeds close to 85 mph. The fourth occurred south of Dousman, with peak wind speeds of 100 mph.

Bob Iger Calls For Disney to Stay Out of Politics

Hugh Freeze confident Auburn can ‘get out of the wilderness,’ turn things around ‘fairly fast’

Hamster Cryptocurrency Shoots Up 465% — Courtesy Of Elon Musk And...

Pixel 7’s extended weather for At a Glance is rolling out...

NASA Confirms 5,000 Exoplanets Beyond Our Solar System: Each a ‘New...

Jeff Bezos drops from No. 2 on list of world's wealthiest...

Tennessee Football Boasts the Top Offense in the Nation