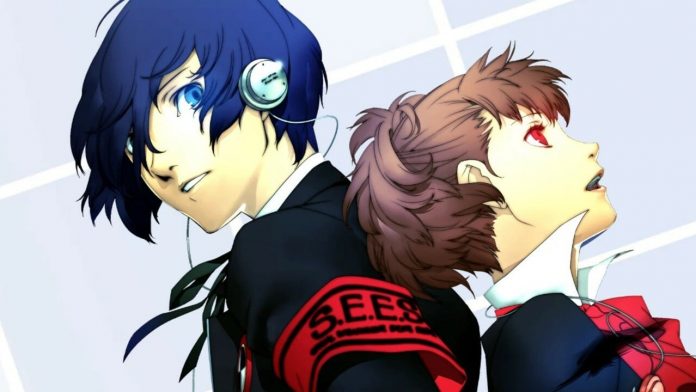 Though Persona 3 was actually the fourth mainline release in the series, the meme goes that it was really the first because Atlus just refuses to acknowledge the previous games. As a fresh start for the series, Persona 3 was eventually followed up with not one, but two ‘final’ versions that each had important new features which didn’t appear in the other version. The version that was chosen for the modern remaster was Persona 3 Portable, which originally saw release on the PSP in the late 2000s. Though it certainly feels like an aging portable game, P3P shows that it’s still got it where it counts; despite some drawbacks, this remains an enjoyable and engaging RPG.

Much like other releases in the series, P3P follows an ensemble cast of high school characters led by your silent protagonist, who in this case is a transfer student who returns to their hometown ten years after the death of both their parents. Things quickly take a darker turn when you experience the mysterious Dark Hour, a hidden, liminal time just after midnight when a creepy moon shines brightly and all humans briefly turn into standing coffins.

Those who have the power to summon Personas, however, retain their humanity during this time, and it’s not long before you get roped into joining an after-school club of other Persona users who have banded together to fight back the Shadows that emerge during the Dark Hour and are trying to investigate what’s going on. Together, you slowly explore and battle through an enormous tower called Tartarus at night, hoping to find answers at its summit.

We appreciated the overall darker tone of this narrative, as death is a frequent theme that informs the events and decisions that take place over this 60+ hour story. That’s not to say P3P is missing its moments of levity—there’s certainly plenty of the lighthearted high school antics many fans of the later games will be familiar with—but there’s a much heavier and more menacing vibe to the plot here. This doesn’t necessarily make it better or worse than the later releases in the series, but we did appreciate how it gives P3P its own distinct kind of identity.

The only shortcoming here is that the pacing can feel a little off in some places. Your progress through Tartarus is often gated at key points until you pass a certain date in-game, and there are times when it feels like the story is a little too ‘stop-start’. For example, you’ll defeat a boss, uncover or progress several interesting threads related to the main plot, then be stuck for several in-game weeks spinning your wheels and feasting on breadcrumbs while waiting for the next major plot development to take place. Luckily, the gameplay is engaging enough that these slow periods are still enjoyable, but we would’ve appreciated more evenly balanced plot development.

Gameplay follows the tried-and-true formula of mixing together life-sim elements with more traditional dungeon crawling. By day, you go to school, hang out with friends, and work part-time jobs. By night, you step into Tartarus with your friends and clear out floor after floor of Shadows, all while picking up money and equipment along the way. Though it can take a few hours out of the gate for this gameplay loop to find its footing, things fit together impressively well once you get into a routine with your character and begin to pursue various goals for them.

In your daytime life, for example, time is your most precious and limited resource. You’ll build up a stable of friends and allies via Social Links, and strengthening your relationships with each individual will see your character receive some important benefits when fusing new Personas. The problem is, you usually only have time to hang out with one person after school each day, and that’s if you choose not to work one of your jobs or participate in other activities. Worse yet, not spending enough time with a given Social Link, or saying the wrong thing when you’re with them, can lead to your Link with them declining or breaking completely. How you plan out your days and weeks can thus be a precarious balancing act as you attempt to maximize your character’s abilities while mitigating any losses.

Properly managing your daytime life is important for success in your nighttime exploits, as it’s the best way to receive funds for kitting your team out in better equipment and for ensuring you can have the best Personas available in combat. You usually have the option of visiting the Velvet Room whenever you please and it’s here where you can take existing Personas and fuse them into new ones with better stats. Every Persona corresponds to an Arcana which is in turn represented in one of your Social Links; raising a given Social Link thus has the effect of ensuring any fused Personas that match its Arcana will get a big experience and stat boost.

Though Persona fusion can be rewarding, this is one area in which P3P feels the most dated. You can’t manually choose which of a Persona’s skills will be inherited in the fusion, which can make it much more difficult to build your team exactly the way you want it. We encountered many instances where we wanted to fuse two Personas on our team that were getting too long in the tooth, but couldn’t pull the trigger because the resulting Persona wouldn’t inherit any of their useful abilities. After a Persona has reached a certain level, it does give you a skill card that lets you give that one skill to any Persona you choose, but this feels like a time-consuming, roundabout, and incomplete way to ensure that each Persona fills the role you need it to. Plus, the lack of manual skill inheritance feels especially egregious given that Atlus managed to add the feature to the recent re-release of Shin Megami Tensei III; if it could be added to that game, why couldn’t the same be done here?

Once you have a good Persona lineup in place, you can then run into Tartarus with your friends, where there are literally hundreds of procedurally generated floors awaiting you. Tartarus is organized into ‘blocks’ of a few dozen floors each, and your goal is simply to reach the end of your current block before the next major boss fight. Each floor only takes a few minutes to clear out, and you can be sure that you’ll run into a handful of Shadows along the way and find a few treasure chests to make exploring worth your while.

The design of Tartarus is perhaps one of the most divisive aspects of P3P, as things can get monotonous and repetitive quite quickly. Every floor within a block looks exactly like the one that you just finished, while there’s a complete lack of hazards or puzzles to break up constantly mapping out floor layouts. You run around, kill shadows, scoop a few collectibles, then go up a floor and do the exact same thing. After doing this dozens of times, it’s hard to not wish that there was something more to flesh out this part of the gameplay loop, especially given that you spend so much of your total game time exploring floors.

While in combat, things follow the series staple “One More” turn-based system. The goal is to identify a Shadow’s elemental weaknesses and cast an ability that exploits them, which will then net you one more turn with that character to act again. If you can manage to floor all the enemies before one of them gets a chance to get up, you can then trigger an All-Out Attack where the whole team jumps in for a big super strike that hits all enemies at once. Though the combat here is sorely missing some features that later arrived in the sequels, such as the Baton Pass, it’s enjoyable enough for what it is and manages to stay consistently engaging throughout.

Now, to address the elephant in the room, bear in mind that this release of Persona 3 is based on the PSP release from 2009, which had to be substantially streamlined to ensure that everything could fit on a UMD. This means that the various enhancements and additions added in Persona 3 FES didn’t make it over, and the 3D overworld itself had to be cut, too. Instead of watching cutscenes and navigating town like the console release, the P3P experience instead is more of a visual novel with dungeon-crawling sections. Suffice it to say, this feels quite dated in 2023 when playing on substantially more capable hardware, and we can’t help but wonder why Atlus chose not to release a version of Persona 3 that integrated the features of both P3P and FES.

P3P is fine, but it feels like ‘Diet Persona’—it’s difficult to experience it after having played its successors without feeling like you’re getting a distinctly lesser experience. Instead of roaming the streets of a Tokyo or Inaba while going on outings and dates with friends, you navigate menus and guide a simple blue circle over static images with things to click on. Instead of the memorable handcrafted dungeons of Persona 5, you navigate randomly generated and completely unremarkable dungeon floors that are each mostly indistinguishable from the last. This isn’t to say that P3P is a bad experience, far from it, but you really have to reach to think of anything it does that its sequels didn’t do bigger and better. It feels like going back to play Metroid after having played Super Metroid—everything is just simpler, more archaic, and less fun in many cases.

The presentation, for its part, at least does a decent job of sticking to the visual novel aesthetic. Most of the static images you guide your cursor over have a nice painterly look to them, while the character portraits in dialogue sequences appear pleasingly sharp. The 3D models of characters and enemies in Tartarus may have a derpy and somewhat chibi appearance, but this is somewhat forgivable given the age of hardware they were designed for. Luckily, these simple graphics mean that everything runs at a snappy, rock-solid 60FPS on Switch, which helps keep P3P feeling smooth throughout.

As for its soundtrack, P3P mixes together pop, hip-hop, rock, and some jazz to make for an overall bouncy and upbeat track that contrasts nicely with the dark themes of the story. Of course, there are heavier tracks in there for combat and exploration to match the mood, but we’d say that soundtrack overall feels much more optimistic and chipper than you’d expect. It doesn’t necessarily feel incongruent with the narrative, however. What’s here complements the heaviness with some needed carefree vim.

China Developing an ‘Ultra-Large’ $2.3 Million Megaship That Is Miles Long

Big Tech Darlings Take It on the Chin