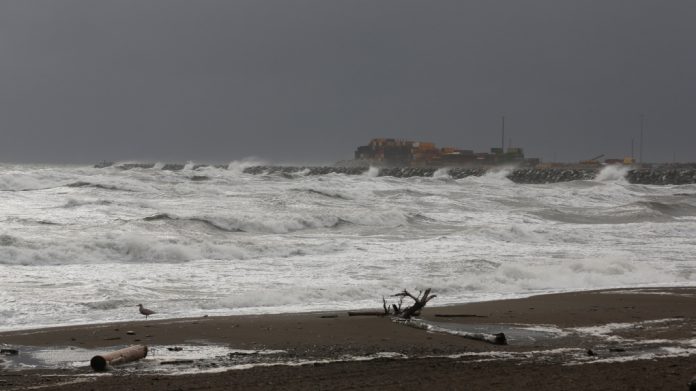 When the air outside is cold enough to freeze your skin within minutes, it can be hard to appreciate that climate change is real and the planet is warming.

However, the wintry effects of a phenomenon like the Arctic polar vortex are not signs that global warming and climate change have slowed down. In fact, scientists are trying to determine whether more frequent intrusions of the polar vortex into lower latitudes – places like North America, Northern Asia and Northern Europe – could be a side-effect of climate change.

“That’s an area of active research,” Doug Gillham, a meteorologist at the Weather Network, told CTVNews.ca in a telephone interview on Tuesday. “The question is, is climate change changing the behaviour of the polar vortex?”

The vortex is held in place by its rotation and a band of powerful westerly wind known as the polar jet stream, which serves as a barrier between the vortex and warmer air at lower latitudes. A strong vortex stays in its place. A weakened vortex leaks out into lower latitudes like a broken egg yolk.

So when part of the Arctic polar vortex causes extreme cold temperatures in Canada, it’s not because climate change is reversing or has slowed down, but because the vortex has become unsettled and migrated from its place over the pole.

What causes this? One of the main causes of a weak polar vortex is warm, high-pressure masses of air, Gillham explained.

Sometimes warmer air from outside the vortex creeps over the vortex, and presses down into it from higher in the atmosphere, displacing the cold air.

“By getting warmer air in the mid and upper levels of the atmosphere into the polar regions, that tends to disrupt, pinch or split the polar vortex,” Gillham said.

“It can get kind of knocked off its typical location. So the full polar vortex can shift off the pole, but more often, it gets split or stretched.”

When this happens, sections of the polar vortex can drift into the lower latitudes. That’s when we experience the extreme cold associated with the Arctic polar vortex.

Because there’s a relationship between warm air and a weak polar vortex, scientists are studying whether a warming climate could make the vortices less stable over time.

According to Brett Anderson, senior meteorologist and Canada weather specialist at Accuweather.com, several scientific studies in the past decade have looked at the relationship between climate change, Arctic ice and the polar vortex.

“Basically, what the studies are trying to show is that due to climate change, we are seeing a steady decline in Arctic sea ice extent over the past 20-30 years,” he told CTVNews.ca in an email on Thursday.

The U.S. National Oceanic and Atmospheric Administration’s (NOAA) 2022 Arctic Report Card warns Arctic sea ice coverage has declined steadily since 1970, and that Arctic annual air temperatures from October 2021 to September 2022 were the sixth warmest dating back to 1900. In fact, the Arctic’s seven warmest years since 1900 have been the last seven years.

In this July 22, 2017 file photo, a polar bear climbs out of the water to walk on the ice in the Franklin Strait in the Canadian Arctic Archipelago. Climate scientists point to the Arctic as the place where climate change is most noticeable with dramatic sea ice loss, a melting Greenland ice sheet, receding glaciers and thawing permafrost. The Arctic has warmed twice as fast as the rest of the world since 1988. (AP Photo/David Goldman, File)

Because of its bright colour, sea ice reflects more of the sun’s energy away from the surface of the earth than darker-coloured open water. As Arctic sea ice melts, it is replaced by greater areas of open water, which are more likely to absorb the sun’s energy. This, Anderson said, is one of the reasons why the Arctic is warming at “at least three times” the rate of the rest of the planet.

“Warmer air is less dense than cold air, thus more of this ‘warmer’ air is rising into the atmosphere above the Arctic,” he said. “With more rising air, we may be seeing an increase in air pressure higher up in the atmosphere, which may be weakening or displacing the high-level polar vortex.”

Both Anderson and Gillham agreed there are many gaps in scientists’ knowledge about how the Arctic polar vortex behaves. Some years, that behaviour challenges their theories.

Gillham pointed out there were also several “epic” Canadian winters in the late 1970s influenced by a weak polar vortex at a time when climate change was much less severe than it is now.

Both meteorologists said the science suggests we might see the frequency of weakened polar vortexes changing with a warmer climate, but there’s still so much scientists don’t know.

“There is still a lot to learn about this relationship,” Anderson said. “Clearly there are a lot of changes going on across the Arctic, and no doubt these changes are having an impact on the weather patterns farther to the south.”

DIU Launches Vendor Solicitation for Next Phase of HyCAT Project

New interactive map of the universe is a rainbow-colored slice of...