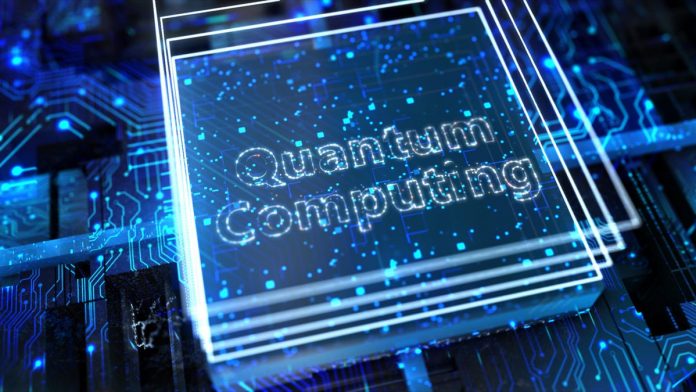 In 2021, Booz Allen Hamilton analysts surmised that China will surpass Europe and the US in quantum-related research and development and that Chinese hackers could soon target heavily encrypted datasets such as weapon designs or details of undercover intelligence officers with a view to unlocking them at a later date when quantum computing makes decryption possible.

In the report titled “Chinese threats in the quantum era”, BAH said “encrypted data with intelligence longevity, like biometric markers, covert intelligence officer and source identities, social security numbers, and weapons’ designs, may be increasingly stolen under the expectation that they can eventually be decrypted,” the report says. It says “state-aligned cyber threat actors” will start to steal or intercept previously unusable encrypted data. Chinese could hack data for future quantum decryption, report warns | Hacking | The Guardian

In fact, as reported earlier this month by the Financial Times, Chinese researchers are claiming that they have used a quantum computer to break RSA encryption, which if true, would be years ahead of expectations. Though the Chinese claims have yet to be proven (if ever), it underscores that there is a significant amount of work going on quantum research to achieve that goal and that current estimates of when anyone may break RSA encryption may be more hopeful than reality based. *Financial Times January 4, 2023

Recently, Tim Callan, a chief experience officer at cybersecurity company Sectigo, told DailyMail.com that quantum computers — which already exist could one day ‘make the encryption we use today no longer fit for purpose’. He noted that “The evolution of quantum computers creates a significant threat to data security, and their immense processing power is capable of breaking encryption at great speed, leaving important data vulnerable, everything from bank account details to medical records to state secrets.” He said that ‘this scenario is so alarming that specialists refer to it as the “Quantum Apocalypse.” The Quantum Apocalypse is ‘just YEARS away’, experts say | Daily Mail Online

The event has also been referred to as Q-Day by quantum researchers where large-scale quantum computers will be able to use Shor’s algorithm to break all public key systems that employ integer factorization-based (and other) cryptography.

The urgency of a Q-Day or Quantum Apocalypse was a subject of a lecture of mine for The Economist conference, “A look into Commercialising Quantum 2022 in London”. There is little doubt that quantum computers will be able to perform faster and more precise computations than classical computers and could pose geo-military threats if in the wrong hands. And that the same computing power that allows complex problems to be solved can, in turn, be applied to undermine cybersecurity. This is because current cybersecurity protocols typically use pseudo-random numbers to encrypt sensitive information such as passwords, personal data, and quantum computers can crack the methods traditional computers use to generate random numbers, posing a significant threat to any organization using standard encryption tools.

This month, the IBM Institute for Business Value issued report titled Security in the Quantum Era” The report examines the reality of quantum risk and the need for “enterprise adoption of quantum-safe capabilities to safeguard the integrity of critical applications and infrastructure as the risk of decryption increases.”

One company called Quantum Computing Inc. (QCI) (NASDAQ:QUBT), is ahead of the game and operates a full-stack quantum solutions company that is on a mission to accelerate the delivery quantum information processing hardware systems with both performance and cybersecurity benefits. With their existing quantum photonics technology offerings, it is already feasible for the company to replace classical type computing with entropy quantum computing to strengthen key sources for any cryptographic task. About Us | Quantum Computing Inc.

QCI’s Entropy Quantum Computer (EQC) system is specifically focused in addressing real-world optimization problems at a scale (11,000 Qubits) with full connectivity between variables (high density). Today, this sits in comparison with the more typical small-scale problems using limited connectivity among qubits that alternative quantum systems use to showcase their technologies. Bottom line is that today, the EQC provides results that will allow industries to scale faster as this new quantum photonic technology continues to advance.

The CEO of Quantum Computing Inc , Robert Liscouski says that this same Quantum Photonic technology “can also be leveraged to provide Quantum Encryption + Quantum Authentication on the same platform and is a full solution to replace public-private key cryptography that is vulnerable to evolving quantum threats.” QCI’s patent on Quantum Private Communication methodology addresses the concerns of key distribution approaches with trusted third-party authentication / validation and provides a pure hardware alternative approach involving no mathematics or algorithms or pseudo random numbers. Patented approaches using entangled photons and correlated true quantum random numbers generated from the quantum entropy source are combined in a methodology that ensures ONLY intended recipients of information are properly authenticated in a trustless system approach.

Mr. Liscouski notes that the threat to public key cryptography, if it is broken by Shor’s algorithm, could leave critical infrastructure, financial & banking systems, healthcare, and transportation all vulnerable to attack. With QPS, that threat is mitigated both on current classical or from near-term quantum systems with the company’s existing technologies such as its quantum random number generator, and a new photonic physically unclonable function chip that provides a unique authentication “quantum fingerprint” for the user.

This quantum photonic platform is welcomed as the West is amid a “Quantum Computing Supremacy Race” especially with China that can exponentially change the geo-political balance of the world.

China has recently announced some eye-opening milestones on their quantum communications capabilities and Chinese researchers announced last year that they set a new quantum secure direct communication (QSDC) world record of 102.2 km (64 miles), smashing the previous mark of 18 km (11 miles). Researchers break world record for quantum-encrypted communications (engadget.com) The Chinese are heavily investing (estimated to be the many $billions) in all areas of quantum research and are demonstrating results.

Investment is also growing in quantum in the US and in Europe and with Asian allies. The Japanese government recently announced that intends to enter the global quantum computing race by putting its first domestically produced quantum computer into service within the current fiscal year ending March 2023. “The government strategy aims to reach 10 million quantum technology users in Japan by 2030 and to create an environment where it can be used in such varied fields as medicine, banking and new materials development.” Tokyo proposes first domestic quantum computer use by March 2023 | The Japan Times

The U.S. Government, including NSA, DOD, DHS, NIST have been preparing for a potential Q-Day by requiring new quantum proof standards for algorithms. “NSA views quantum-resistant (or post-quantum) cryptography as a more cost effective and easily maintained solution than quantum key distribution. For all these reasons, NSA does not support the usage of QKD or QC to protect communications in National Security Systems and does not anticipate certifying or approving any QKD or QC security products for usage by NSS customers. This is a perfect time and opportunity for QCI’s Quantum Private Communication Network and other post quantum technology applications to be to tested and deployed in the Zero-trust environment. National Security Agency/Central Security Service > Cybersecurity > Quantum Key Distribution (QKD) and Quantum Cryptography QC (nsa.gov)

Stopping the threat of adversaries decrypting valuable data extracted from networks, agencies, data centers, and companies, by adversaries has also become a legislative priority. In December of 2022 Congress, passed the Quantum Computing Cybersecurity Preparedness Act into law. The legislation, directs the Office of Management and Budget “to prioritize the migration of federal information technology systems to post-quantum cryptography and come up with guidance for the federal assessment of critical systems based on the standards that the National Institute of Standards and Technology will issue for post-quantum cryptography.” This is a great step as it mandates forward thinking about our quantum era and the security implications of not being prepared.

Governments are not the only players. Industry, including Intel, Google, IBM, D-Wave, and others are very active in investments in quantum capabilities and approaches. Academia is also getting more involved in quantum. In an important development, scientists with the Chicago Quantum Exchange (CQE) at the University of Chicago’s Pritzker School of Molecular Engineering announced that they’ve connected the city of Chicago and suburban labs with a quantum network. The Chicago network will be opened to academia and industry as one of the nation’s first publicly-available testbeds for quantum security technology. Chicago expands and activates quantum network, taking steps toward a secure quantum internet | Chicago Quantum Exchange

The University of Chicago and the Massachusetts Institute of Technology are two leading universities to follow for more on quantum developments. Also, for researchers, The Quantum Security Alliance and IEEE Quantum are two good resources that bring academia, industry, and US government entities together to identify, define, collaborate on quantum computing technology innovations. Welcome to Quantum Security Alliance About – IEEE Quantum

Certainly, quantum technology, especially quantum computing, has amazing potential that could revolutionize everything from communications, real-time data analytics, bio tech, genomic sequencing, and materials sciences. Quantum computing will also accelerate us into the future by impacting the landscape of artificial intelligence and the Metaverse. But with the good, we have to plan and prevent the bad, most critically data which is the lifeblood of economies and commerce. Starting now, a quantum proof cybersecurity path is an important one to follow.

Chuck Brooks is President of Brooks Consulting International, is a globally recognized thought leader and subject matter expert Cybersecurity and Emerging Technologies. Chuck is also an Adjunct Faculty at Georgetown University’s Graduate Applied Intelligence Program and the Graduate Cybersecurity Risk Management Programs. Cyber Express named Chuck “Cybersecurity Person of the Year” for 2022. LinkedIn named Chuck as one of “The Top 5 Tech People to Follow on LinkedIn.” He was named as one of the world’s “10 Best Cyber Security and Technology Experts” by Best Rated. He is also a Cybersecurity Expert for “The Network” at the Washington Post, Visiting Editor at Homeland Security Today, Expert for Executive Mosaic/GovCon, and a Contributor to FORBES.  Chuck has an MA from the University of Chicago, and a BA from DePauw University.

iOS 16.3: The New Features That Just Landed on Your iPhone

Explore The Future of Small Business Tech at TECHSPO ATLANTA 2022