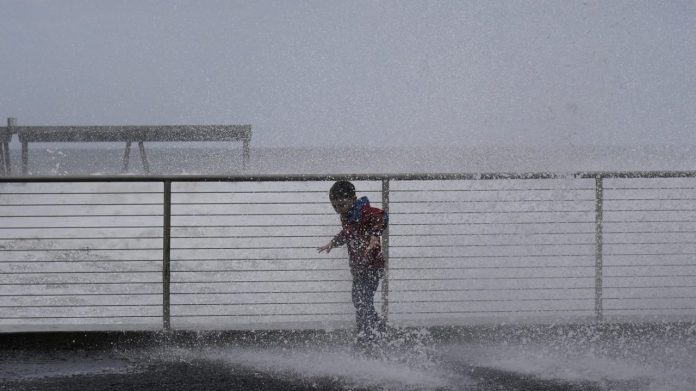 A “relentless parade of cyclones” from the Pacific Ocean is expected to bring additional flooding and heavy snow to parts of the West Coast this weekend after the region was pummeled by heavy precipitation and hurricane-force winds amid intense storms over the past week.

The National Weather Service (NWS) said the main focus of the storms will be on Northern California, where tens of thousands of people already lost power and at least two people were killed on Thursday as a result of a storm.

The NWS said the heavy precipitation hitting Northern California on Saturday morning will strengthen at night from a separate “energetic” system moving toward the coast. The storm will likely lead to a few additional inches of rain through the night in the area, and heavy snow is forecast to hit the high elevations of mountains in the interior part of the state, including the Sierra Nevada, by early Sunday.

Residents are expected to have a respite from the heaviest precipitation on Sunday, but the NWS said another storm system will bring more gusty winds and an additional “onslaught” of rainfall and snowfall to Northern California early on Monday.

Thursday’s storm killed a 2-year-old boy in Sonoma County, Calif., when a redwood tree destroyed a part of his family’s mobile home, The Associated Press reported. A 19-year-old woman also died in Fairfield, Calif., after her vehicle hydroplaned on a flooded road and hit a utility pole.

California Gov. Gavin Newsom (D) declared a state of emergency ahead of the storm on Wednesday, allowing for the California National Guard to be mobilized if necessary. State officials also ordered residents in high-risk coastal areas to evacuate.

The storm on Thursday was considered a “bomb cyclone,” which is a storm that strengthens from a rapid drop in atmospheric pressure in 24 hours.

Where do we go from here? What’s next after loan forgiveness

Chip and carmaker CEOs meet ahead of Biden signing

Super Typhoon Chanthu makes landfall in the Philippines before tracking toward...

There’s a possible fix for the Pixel 6 network issues, and...