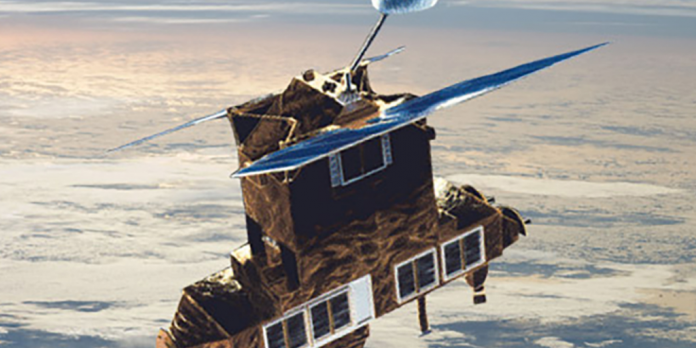 Some debris from a Chinese rocket slammed into Earth’s atmosphere over Malaysia.

A NASA satellite that spent nearly four decades observing the globe’s ozone and measuring radiational energy is expected to crash into Earth’s atmosphere this weekend, bringing an end to a historic run.

The space agency last reported the 5,400-pound Earth Radiation Budget Satellite was on track to start its reentry process Sunday around 6:40 p.m. EST but could deviate from the estimated time by several hours.

Experts say due to the friction and heat associated with reentry, the majority of the satellite will burn up, but there remains the possibility that some small components could survive the process and fall towards Earth’s surface.

The risk of coming into contact with any of the pieces is considered to be low at 1 in 9,400, but NASA and the Defense Department will be tracking the debris’ every movement.

The retired ERBS was originally deployed by the Space Shuttle Challenger in 1984, and its mission far exceeded expectations.

When launched, NASA initially hoped to use the high-tech machinery for a couple of years, but the satellite remained operational for over two decades.

During its run, the satellite helped change humans’ understanding of the ozone and the important role it plays in protecting Earth from ultraviolet radiation.

“Data on the ozone layer provided by ERBS was key in the international community’s decision-making process during the Montreal Protocol Agreement, which has resulted in a near elimination of chlorofluorocarbons (CFCs) in industrialized countries,” NASA stated.

The Earth Radiation Budget Satellite was launched in 1984 on Space Shuttle Challenger.

WATCH OUT FOR THESE ASTRONOMICAL EVENTS IN 2023

With more nations launching rockets and satellites, the threat of debris reaching Earth’s surface appears to be becoming an increasing occurrence.

In 2022, the world watched as two Chinese rockets fell uncontrollably to Earth. The debris landed harmlessly over the vast oceans of the Southern Hemisphere, but space administrators said the events had the potential to be catastrophic if objects landed in large population centers.

At the time, the United States and other counties criticized China for its lack of transparency and cooperation regarding its space program.

The Department of Defense is tracking more than 27,000 pieces of space junk that present a significantly higher threat to human spaceflight and satellites than will ever pose to life on Earth.

The sun burps out a flare in a stellar new photo

Bill Gates expects 8 to 10 Teslas and a Google, Amazon...

Huge Ocean Beneath the Earth’s Surface Discovered By Scientists

This Hubble Photo Is So Incredible You'll Swear It's Fake