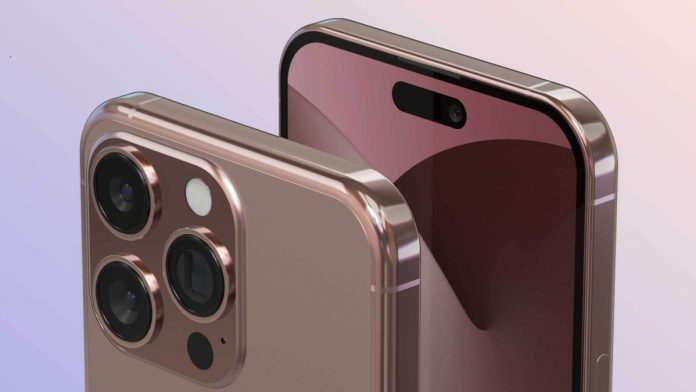 The iPhone 15 Pro Max — possibly launching as the rumored iPhone 15 Ultra — has been rumored to get a new periscope lens camera for some time now. This would increase the optical zoom capabilities of the iPhone’s camera, putting it closer in line with the 10x optical zoom seen on the Samsung Galaxy S22 Ultra.

But now it seems this upgrade could already be slated for the iPhone 16 Pro lineup as well, and it won’t be limited only to the Ultra model. According to The Elec (opens in new tab) (as translated from Korean) the periscope lens — which The Elec refers to as a “Folded Zoom” —  is slated to be produced for the iPhone 15 Ultra only this year, with plans to make it available on both the iPhone 16 Pro and iPhone 16 Ultra in 2024.

This reporting largely matches up with the rumors we’ve seen up to this point, at least in terms of limiting the periscope lens to the iPhone 15 Ultra model rather than bringing it to the iPhone 15 Pro as well. While some initial rumors suggested that both the Pro and the Ultra models would get the new periscope lens, more recent reporting — including this TrendForce report — has seemingly shot that theory down.

It also appears that Apple is aware of Samsung’s supremacy when it comes to powerful optical zoom on camera phones, and instead of trying to beat them is joining them — or at least partnering up with one of Samsung’s suppliers. The Elec reports that Apple will use Korean companies LG Innotek and Jahwa Electronics for the optical image stabilization (OIS) actuators that move the lens in the periscope lens to zoom in or zoom out. Apple has reportedly chosen these suppliers because they partnered with Samsung to develop a ball guide actuator that is technologically superior to the current spring mechanic that Apple uses in the iPhone OIS actuators.

If Apple successfully adds a periscope lens to the iPhone 15 Ultra that combines the iPhone’s superior image processing capabilities with Samsung’s superior optical zoom technology, the phone could be a clear front-runner for the best camera phone on the market when it launches later this year. Keep following along with the latest iPhone 15 Ultra rumors for the latest on everything coming to Apple’s next generation of the best phone we’ve tested.

Farmers see the future of sustainability with emerging tech

Your Eyes May Reveal Your True Biological Age – And Your...

Big Tech poses a threat to a decentralized metaverse, according to...

Architect says these are the ‘flying homes’ of the future

Paralysed man communicates with his family for the first time in...

A new bill would ban anyone under 16 from using social...

Explaining why gamers are adopting Windows 11 more slowly than Windows...