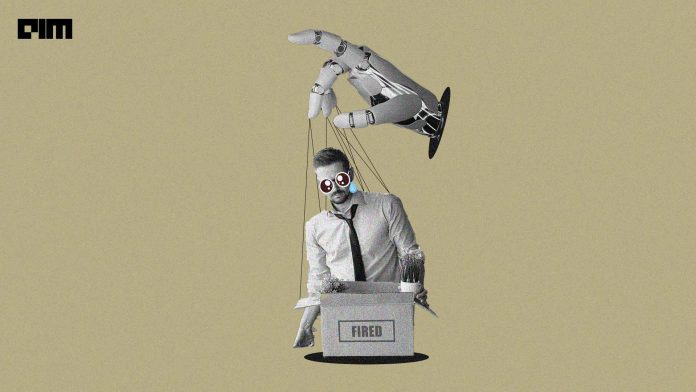 In the face of the tech gloom brought in by the recession, AI has been a remarkably bright spot. The interest in the AI sector has stuck around and was reinvigorated by the spurt in generative AI. VC funding in AI startups touched a record-high of USD 31 billion globally during the first-half of 2021, according to a report by market research firm CB Insights, even as a US recession in tech lurched forward.

Scale AI came out as one of the biggest winners of the run of purple patch in AI. The San Francisco-based startup founded in 2016 hit a market valuation of more than USD 7 billion after it raised around USD 325 million in April 2021 for its Series E funding round.

The company leveraged the wave of demand for AI among large corporations by helping them prepare data for their software tools. Data collection and annotation is a laborious process in itself for companies that now deal with orders and transaction data to website traffic to inventory levels and shipping rates. Scale AI simply offers to do this tagging and identification work instead for them using their automated systems.

But last week, the unicorn announced that it had laid off 20% of its staff, or 700 employees, in a jolt to the AI segment which until then had looked immune to layoffs, especially with the windfall expected in generative AI startups like OpenAI and Stability AI.

Scale AI had all the makings of a hero story—Alexandr Wang, the CEO and founder of the company, dropped out of MIT after completing the first-year of his BS in Mathematics and Computer Science to start Scale with tech wizz Lucy Guo. The pair met each other while working at Quora and stumbled upon the idea of ‘Scale’ that went on to pick up investment from Y Combinator.

By April 2021, Wang had become the youngest self-made billionaire at age 25 and the 28-year-old Guo was the richest self-made woman on the Forbes list, behind Kylie Jenner. It wasn’t long before Wang was being touted as the ‘next Elon Musk’.

The chip on Scale AI’s shoulder had come from its client list, which counted hefty names from tech—there was General Motors, NVIDIA, Microsoft, Toyota, Airbnb, Pinterest, SAP and OpenAI.

As Scale picked up big names in its clientele, important names involved themselves in the management—Former Amazon exec Jeff Wilke, who led the giant retailer’s global consumer division joined Scale as an advisor mid-last year. Michael Kratsios, the former US CTO from the Trump administration, stepped in as a managing director and head of strategy a month after that.

But ironically, it was Scale AI’s entrenchment with these big tech names that dragged it down. In a blog post by Wang on January 9, he wrote,

“Over the past several years, interest from enterprises and governments in AI has grown rapidly. As a result, I made the decision to grow the team aggressively in order to take advantage of what I thought was our new normal.”

“For a time, this seemed to prove out—we saw strong sales growth through 2021 and 2022. As a result, we increased headcount assuming the massive growth would continue. However, the macro environment has changed dramatically in recent quarters, which is something I failed to predict. Many of the industries we serve, such as e-commerce and consumer technology, have been buoyed by the pandemic and are now experiencing a painful market correction,” Wang stated.

While the layoffs are a shock for a company as prominent as Scale in the AI industry, they may be a symptom of the damage being done to the tech sector. AI startups like Scale that count other tech companies—for whom the demand has been affected—among its customers are now seeing a possibility of adverse impact.

“Scale AI has a lot of clients from the self-driving industry and e-commerce businesses and both these sectors are in trouble right now. The AV sector is currently facing a setback as there is realisation that self-driving might take longer than was initially expected and the boom in online retail is also struggling with a comedown from earlier assumptions,” Pareekh Jain, CEO of EIIRTrend explained.

“Another upcoming trend is that with all the action happening around generative AI and companies still making internal investments like Microsoft and OpenAI, investors are still waiting for the space to mature before they put in their money,” Jain stated.

Experts believe that a lot of Scale AI’s issues were also what struck a lot of tech companies which were having a long runaway and over-hiring. However, this is not indicative of an overall problem in the AI sector. AI startups that train datasets for other companies might be affected too,” he added.

In contrast, research-focused AI startups, for instance Anthropic.ai, may remain unaffected in their sphere. A recent report by Bank of America released in January still said that it was bullish on AI and internet companies. Justin Post, an analyst from the bank stated, “Use of AI will be a critical driver of all things Internet, including content relevance, ad performance, e-commerce conversion, marketplace efficiency and even customer service”.

Nasdaq 100 at Record High as Tesla Earnings Beat, Will Hang...

Pixel 6a vs. Pixel 6: What are the differences?