Session: Skate Sim Review (PS5) – I have played, adored and loathed many skateboarding games over the years and have always had one eye on Sessions and its varied iterations.

After many ups and downs, name changes and Kickstarter campaigns, Session: Skate Sim, from Crea-ture Studios and Illogika is now fully being released on all platforms. Grab your deck, tighten your nuts and let’s skate!

What really interests me is that Session: Skate Sim, as it says in the title, aims to be a more realistic simulation of the sport we all love.

I can fully confirm that Session does, on the whole, accomplish this feat. With its varying difficulty options and control options, normally not seen on anything outside of PC versions, it is the most simulation-style skateboarding game I have played. 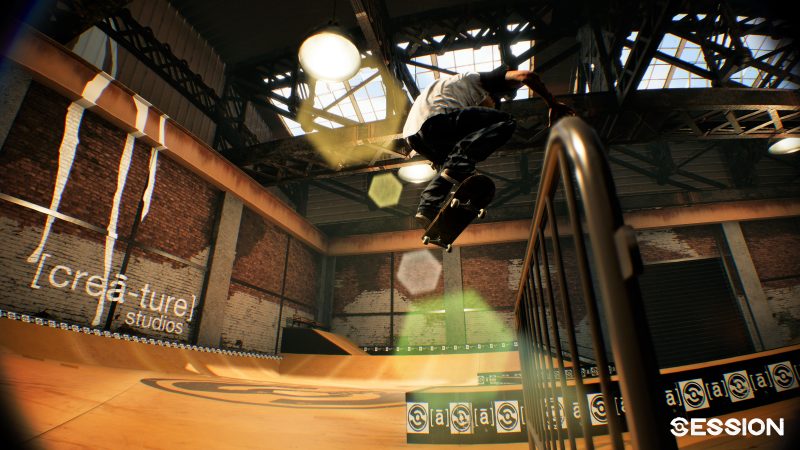 To put it bluntly, at the start of the game, with default options set, I found it quite hard to get anything going. Tony Hawks this certainly ain’t!

After playing so many skating games over the years, Session has a massive difficulty curve while you learn its novel control scheme. Each foot is controlled by an analog stick and turning, both in the air and on the ground is done by L2 and R2, it’s all rather odd at first.

I left a lot of skin on the pavement and I spent more time skating on my face than on my board but I could see light at the end of the tunnel.

Every now and again I would nail something, perform some feat of majesty and the control scheme started to stick and feel more natural.

Even things like your grinds take effort, you don’t just ollie and press a button to grind, you have to control both feet and actually line up the board correctly, otherwise, it’s a face full of concrete.

Once you get your noggin around the controls and once you can start to perform tricks without thinking too much about your thumbs, Session really gets rewarding.

When you perform a trick, you worked for it, it’s not easy by any means but the payoff is worth the initial pain. When you fly off a set of stairs, laser-flip onto a handrail and kickflip off the other end unharmed. You know you worked for that and it feels incredible. 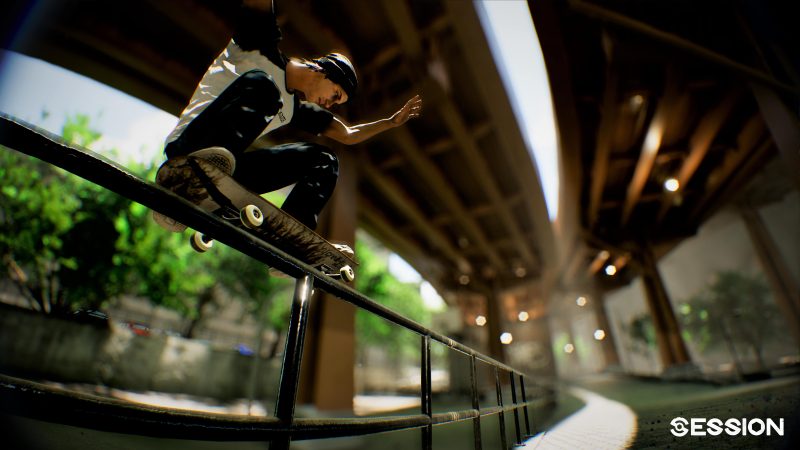 Just rolling around this world and picking out parts of the environment to throw yourself at is where Session shines.

This paired with the ultra-rewarding control scheme really creates a dynamic where you can really create great-looking tricks and feel accomplished about doing so.

There are missions you can do, which can be interesting but free-roaming the environment just felt more natural to me.

I did like the missions where you can place skating-based items into the environment. At any point, you can go into your inventory and just place rails and jumps, wherever you like really.

I feel in the future, some sort of community-based creator would be a good addition to the whole package. Apart from that missions were quite dull, go here, do these tricks and get paid.

There are daily and monthly tasks to get stuck into too which is something else to work on, if that takes your fancy. 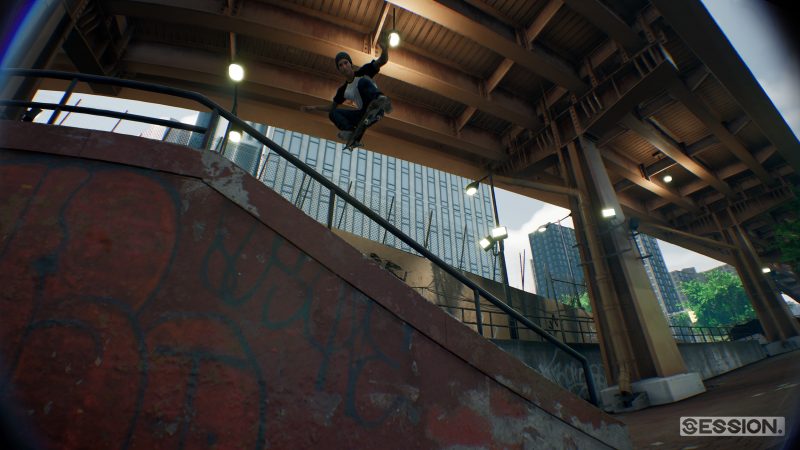 Now onto the not-so-good stuff, I felt the mission system, world and characters all fell flat. The characters you meet are uninteresting as is the way you receive and track your quests.

There are a lot of streets to skate amongst the three cities you can explore but they feel lifeless and void of character. The NPCs have very few, if any animations and look rather bare.

I would have loved for your current quest goals to be always on-screen but instead, I found myself constantly referring to the quest log, buried within the menus.

You can add NPCs to the empty streets but it’s in the experimental features. Come to think of it, a lot of Session feels like it’s in beta. I foresee a lot of patches going forward to work on new features and expand things already in the game.

Presentation Fits the Bill, If A Little Plain 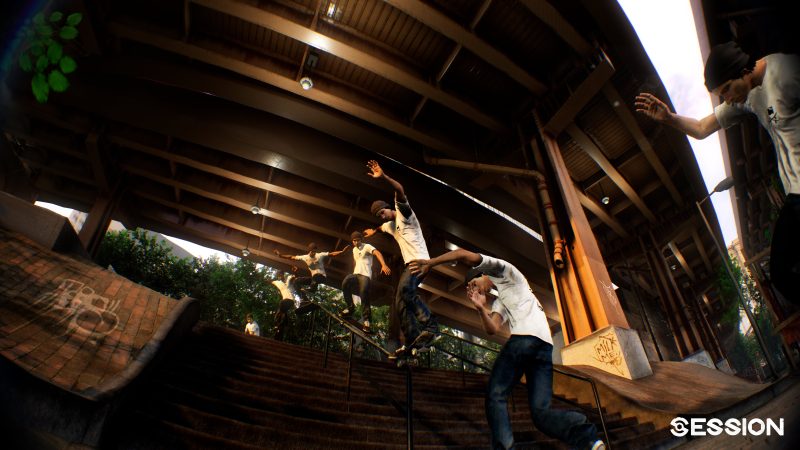 Graphically, Session: Skate Sim is by no means a looker but it does just enough to keep you immersed in the action.

The music also fits the style of the game, even though nothing sticks in my mind like some of my favourite skating games. All in all, the sights and sounds of Session are in tune with the experience but do not greatly enhance it in any way.

The replay editor, if used correctly can make it look pleasant, adding film grain to an otherwise plain presentation.

I did have a few weird bugs here and there, respawning on user set start points sometimes made my character unresponsive and I had some weird clipping issues with my character.

Apart from that, Session performed well most of the time and never got in the way of me sliding on my ass. I am also sure these minor gripes will be patched out sooner rather than later.

While being a bit rough around the edges, Session: Skate Sim has a brilliantly rewarding control system that is like no other game in the genre.

This goes hand in hand with the sprawling environments that you can freely explore at your leisure. Every trick you land feels earned and in turn, very satisfying. I just wish the quest system was a bit more exciting and the presentation was a tad sharper.

I can’t stop playing Session at the moment and that says it all really. Roll on!

Sessions: Skate Sim is out now for PS5 and PS4.

Child Predators Mine Twitch to Prey on Kids

A Rare Black Moon Is Going to Coincide With Tomorrow's Solar...

Op-Ed: Why forest managers need to team up with Indigenous fire...

Samsung is having a FLASH SALE on Super Bowl TVs –...

The Large Hadron Collider is back, after a three-year break