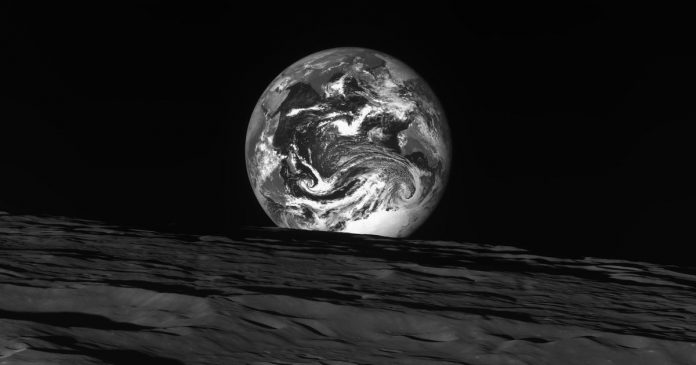 The Korea Aerospace Research Institute shared the views on Twitter this week. The first two come from late December and show the cratered landscape of the moon with Earth peeking above the horizon.

The images are reminiscent of Earthrise views seen from NASA’s Apollo and Artemis missions. The around-the-moon Artemis I mission sent back a lovely video of an Earthrise as seen from the uncrewed Orion capsule last year.

KARI shared a second set of Earth images snapped during the new year.

Danuri is South Korea’s first lunar mission. It launched in August 2022 on a SpaceX rocket and is scheduled to orbit the moon for a year. NASA contributed one instrument to the mission, a camera called ShadowCam that will capture images of the moon’s shadowy polar regions. The mission could help NASA select future moon landing sites.

The name Danuri came about through a public contest and it’s the result of melding the Korean words for moon and enjoy. After seeing these images, the name couldn’t be more fitting.

Feeling small next to the glorious universe revealed by the Webb...

Twitch Tries to Win Back Streamers’ Trust After Compensation Changes

Patagotitan: Largest ever dinosaur to be shown at Natural History Museum

Opinion: I wasn’t planning to buy a MacBook Pro, but today’s...