Survey teams with the National Weather Service are still investigating tornado damage in communities across the western part of the state.

FORADA, Minn. — Two days after a massive, destructive line of storm cells tore through western Minnesota, the National Weather Service (NWS) is still working to determine how many tornadoes touched down across the state.

As of Wednesday morning, at least six tornadoes have been confirmed.

The small lakeside community of Forada, just south of Alexandria, was hit especially hard. Multiple buildings and homes along Maple Lake were severely damaged or leveled, boats were tossed onto the shore and trees and power lines were pulled down. On Tuesday, the NWS confirmed an EF-2 hit Forada, with max winds of 120 mph.

Survey teams in Forada found evidence of multiple vortexes and a path as at least half a mile wide, according to the NWS.

After the storm, Forada Fire Chief Stephen VanLuik escorted a KARE 11 crew to see the storm’s aftermath. About 100 homes and buildings were damaged or destroyed. “I know it’s devastating to look at, but we’re glad that no deaths that we know of [were reported], or any major injuries,” VanLuik said.

In Plato and Eagle Bend, EF-1 tornadoes were confirmed by the NWS. Max winds in Plato reached 90 mph, while in Eagle Bend, max winds reached 95 mph.

Northwest of Alexandria, the NWS confirmed a tornado in Elbow Lake in Grant County Wednesday morning, an EF-2 tornado with 115 mph winds.

A tornado was also confirmed in Milan, Minnesota, located in Chippewa County,

The National Weather Service is still investigating damage from a tornado that moved from Appleton to Glenwood. Because damage from this storm impacted four counties – Chippewa, Swift, Stevens and Pope – it’s possible that damage came from more than one tornado.

In addition to Plato and Forada tweeted earlier:

Between 6 SSE Appleton, MN and 4 NW of Glenwood, MN. A long track of tornado damage across 4 counties with max wind 100 mph. 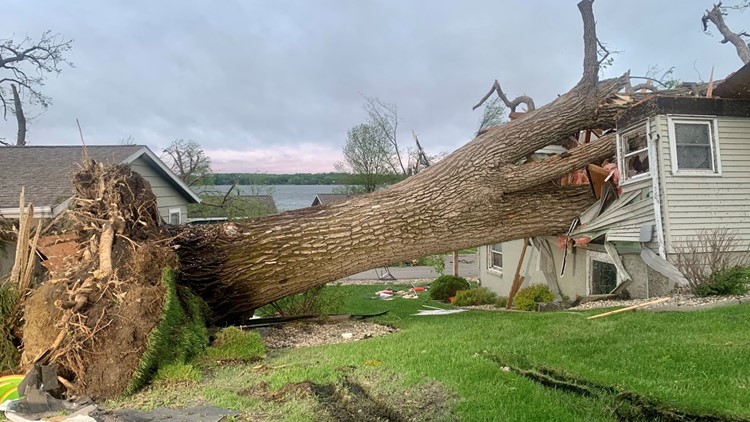 Watch the latest local news from the Twin Cities in our YouTube playlist:

SpaceX aces 12th launch of 2022, delivering dozens of satellites to...

Artemis moon launch: Americans weigh in on whether NASA program is...

Florida under risk of tornadoes, downpours from Hurricane Ian

Wind chills to take another Arctic plunge this week in some...