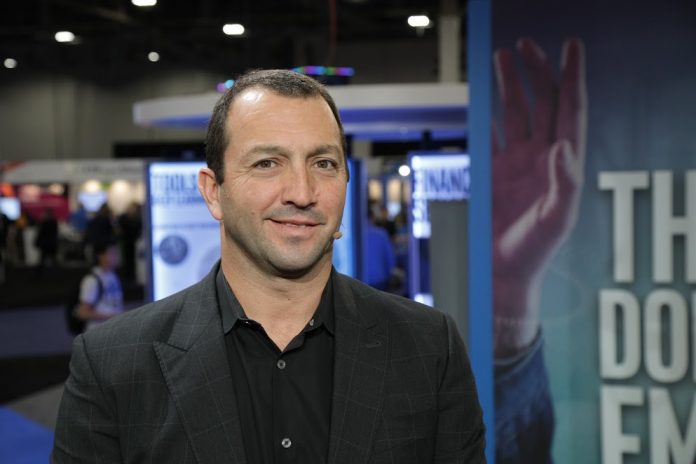 The Information cites a person familiar with the matter as saying that all three firms have approached Sumo Logic over the possibility of a sale. It wasn’t made clear if Sumo Logic Chief Executive Ramin Sayar (pictured) is receptive to the idea.

The report sent Sumo Logic’s stock up more than 30% today, reaching an intraday high of $10.25, with the rally triggering a halt in trading at one point during the day.

Sumo Logic is a provider of cloud-based data analytics software that’s used by hundreds of enterprises to obtain insights into the state of their information technology infrastructure. Its software encompasses areas such as log management, Amazon Web Services monitoring, Microsoft Azure and Google Cloud management and Kubernetes management, plus microservices and cloud security monitoring. In addition, the platform lends itself to business-oriented use cases such as customer analytics and can also aid in cyberattack mitigation.

The company presently has a market capitalization of $920 million, but like many technology providers, it has struggled in the wake of a global economic slowdown. Over the last year, its shares have lost more than 40% of their value. It has already found itself the target of activist investment firm Scalar Gauge Fund, which took sizable position in the company last year and pressured it to accept one of its partners, John Harkey, as a board member. Scalar agreed to a customary standstill, voting and other provisions.

During its most recent, fiscal 2022 third-quarter earnings report, Sumo Logic delivered decent results with a profit of four cents per share before certain costs such as stock compensation. Revenue grew 27%, to $79 million, beating Wall Street’s targets.

Despite that, Sumo Logic does remain unprofitable, posting a net loss of $26.3 million, compared with a loss of $30.8 million a year earlier.

At the time of those results, Constellation Research Inc. analyst Holger Mueller said the fact that it was unable to cut its losses despite growing revenue shows that it’s struggling to grow its customer base without spending more money. “Sumo Logic still faces a challenge, and the team around Ramin Sayar will either have to outgrow its cost base, cut costs somehow, or at least better manage the expectations of investors,” Mueller said.

Sumo Logic’s subpar performance was also noted by RBC Capital Markets Inc. In an October report, it named Sumo Logic in a list of software firms that are most likely to be acquired.

Thoma Bravo has been taking advantage of the downturn in the technology sector. Over the last year, it has paid more than $25 billion to acquire Coupa Software Inc., SailPoint Technologies Inc. and Anaplan Inc. Its most recent acquisition took place within the last 24 hours, when it spent $1.34 billion to acquire the digital investigation software provider Magnet Forensics Inc.

A Conversation With Jeremy Dennis, Artist and Curator

Madden 23 Is So Broken, Even NFL Pros Are Dragging It

Is $3 Trillion Just the Beginning for Apple?

Happy 25th Birthday Netflix: 10 of Our Favorite Netflix Originals to...

If You Invested Your 3 Stimulus Checks In Bitcoin, Dogecoin Or...