TCL is a huge player in the budget TV landscape. Although the company manufactures a few sets running Android, most of its offerings use Roku’s software for all of your built-in entertainment needs. Back at CES, TCL promised to sell its first Google TV sometime in 2021, and with today’s announcement, it’s making good on that pledge.

We’ve previously praised Google’s refreshed entertainment platform in our review of last year’s Chromecast, and the new TCL 5-Series and 6-Series bring along that same experience without the need for a dongle. The company intends to continue selling all of its Roku counterparts, but the design and specs on the Google TV variants have been improved. The 5-Series, for example, features a slimmer bezel outlining its 4K QLED panel, along with variable refresh rate and an “Auto Game Mode” for lower latency while gaming.

The 6-Series, meanwhile, sees a significant improvement over the original Roku models with the inclusion of 4K at 120Hz. TCL’s previous models were only able to output 1440p at 120Hz, which makes this ideal for anyone looking to future-proof their next TV for whenever they can get their hands on a PS5 or Xbox Series X. With two HDMI 2.1 inputs, you could even run both consoles at max performance without having to swap cables. Otherwise, you’re getting the same fantastic mini-LED panel, just with an all-new operating system that looks and feels a whole lot more modern. 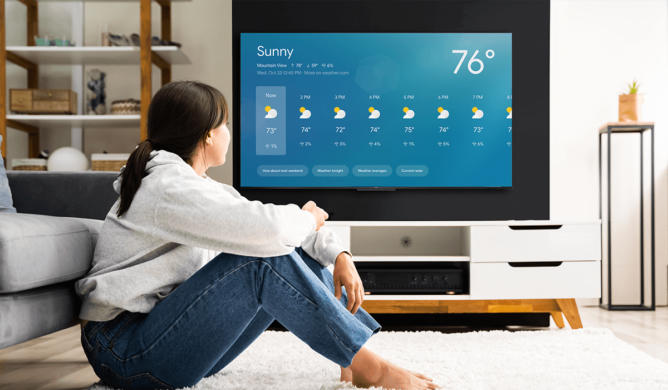 The switch to Google TV comes with full support for casting from your phone, perfect for when you don’t feel like navigating through an interface with a remote. Both the 5-Series and 6-Series also include microphones for hands-free voice control built right into the television itself. A physical switch to disable always-on listening should alleviate any privacy concerns. Since the bundled remote also supports button-activated voice commands, you can still search sans keyboard without an always-active microphone in your home.

All of TCL’s new Google TV sets (minus the 75″ 6-Series) will go up for pre-order later today and should ship over the coming weeks. The 5-Series starts at $599 for the 50″ TV, while the 6-Series starts at $949 for the 55″ model. You can check all of them out at Best Buy using the links below, although the currently-listed prices are higher than TCL’s suggested MSRP.

Government, private sector must work together for advanced security

Will This Company Become the Operating System of the Metaverse?

Facebook to hire 10,000 in EU to work on metaverse

Leaders aim for more action out of closed-door climate talks

Apple seeds watchOS 8 beta 8 to all developers [U]

2 tornadoes touch down during Wednesday nights storms in Oklahoma

Why would I bother writing reports when no one reads them,...