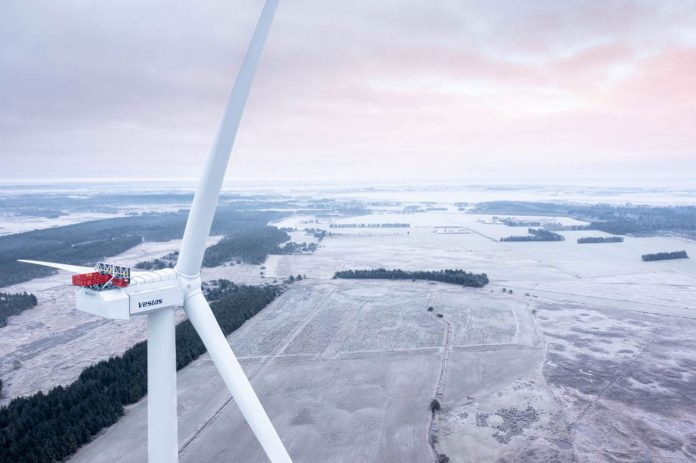 Work on the design of the prototype turbine and its assembly took place at Vestas R&D and production facilities in Denmark. The blade molds were developed at the Vestas blade factory in Lem, and the 115.5 meters long prototype blades were manufactured at Vestas’ offshore blade factory in Nakskov. The prototype nacelle has been developed and assembled at the offshore nacelle factory in Lindø port of Odense. The test program for the generator, converter, and grid system

The offshore turbine offers 65% higher annual energy production compared to V174-9.5 MW. In the case of a 900 MW wind park, the use of the latest turbine increases annual production by five percent with 34 fewer turbines. It offers excellent partial-load production, resulting in more stable energy production and a capacity factor of over 60%, depending on site-specific conditions.

Vestas has, until now, announced preferred supplier agreements for the V236-15.0 MW turbine for a total of more than 8 GW in five different markets. The V236 turbine will now undergo an extensive test and verification program to ensure reliability before full-type certification, and serial production begins.

“This is a great step forward in our ambition to accelerate the green energy transition, and it is a major milestone for Vestas and our partners,” says Anders Nielsen, Vesta’s Chief Technology Officer. “Colleagues across Vestas have worked very hard and collaborated closely to ensure the rapid progress in developing and assembling the V236-15.0 MW prototype, and this achievement is a testament to the dedicated work of the many Vestas employees involved. With this wind turbine, we set new standards for technological innovation, industrialization, and scale across renewable energy to create a sustainable offshore wind industry.”

China wants its new rocket for astronaut launches to be reusable

The latest US winter outlook spells trouble for dry California

EXPLAINER: What is a pile burn?

Jeff Bezos seems to want to live forever – just be...

With ballot question, tech companies could put the future of the...