The BepiColombo, a joint Japanese and European space mission, has beamed back fresh images of Mercury from its second flyby to the planet, coming as close as just 200 kilometers above the surface. The spacecraft captured the planet’s mysterious world using its three monitoring cameras (MCAM).

As the Sun rose, the cratered world came into view, casting shadows along the terminator the boundary between night and day and highlighting the topography of the terrain in a dramatic fashion.

Just a few minutes after the closest approach and with the sun shining from above, Mercury’s largest impact feature, the 1550 km-wide Caloris basin, swung into view for the first time, its highly-reflective lavas on its floor making it stand out against the darker background. The volcanic lava in and around Caloris is thought to post-date the formation of the basin itself by a hundred million years or so, and measuring and understanding the compositional differences between these is an important goal for BepiColombo.

The ESA/JAXA BepiColombo mission captured this beautiful view of Mercury’s rich geological landscape on 23 June 2022 as the spacecraft flew past the planet for a gravity assist manoeuvre. (Photo: ESA)

“I punched the air when the first images came down, and I only got more and more excited after that. The images show beautiful details of Mercury, including one of my favorite craters, Heaney, for which I suggested the name a few years ago,” Jack Wright, a member of the MCAM team said in a statement.

The spacecraft is to conduct four more flybys around the planet, slowly lowering its orbit and slowing down before it enters the planet’s orbit in 2025.

Even though BepiColombo is currently in a ‘stacked’ cruise configuration, meaning many instruments cannot be fully operated during the brief flybys, they can still grab insights into the magnetic, plasma, and particle environment around the spacecraft, from locations not normally accessible during an orbital mission.

While the science campaign will begin once the probe is in Mercury’s orbit, for now, revel in the beautiful images snapped by the probe of the innermost planet in our solar system.

Here are the latest images of Mercury While clearly a heavily cratered region, this image also highlights some of Mercury’s volcanic history. Mercury’s smooth plains were formed by volcanic eruptions of runny lavas that spread across the planet 3.7 billion years ago such as the plains visible between BepiColombo’s high-gain antenna and towards Mercury’s limb. (Photo: ESA) 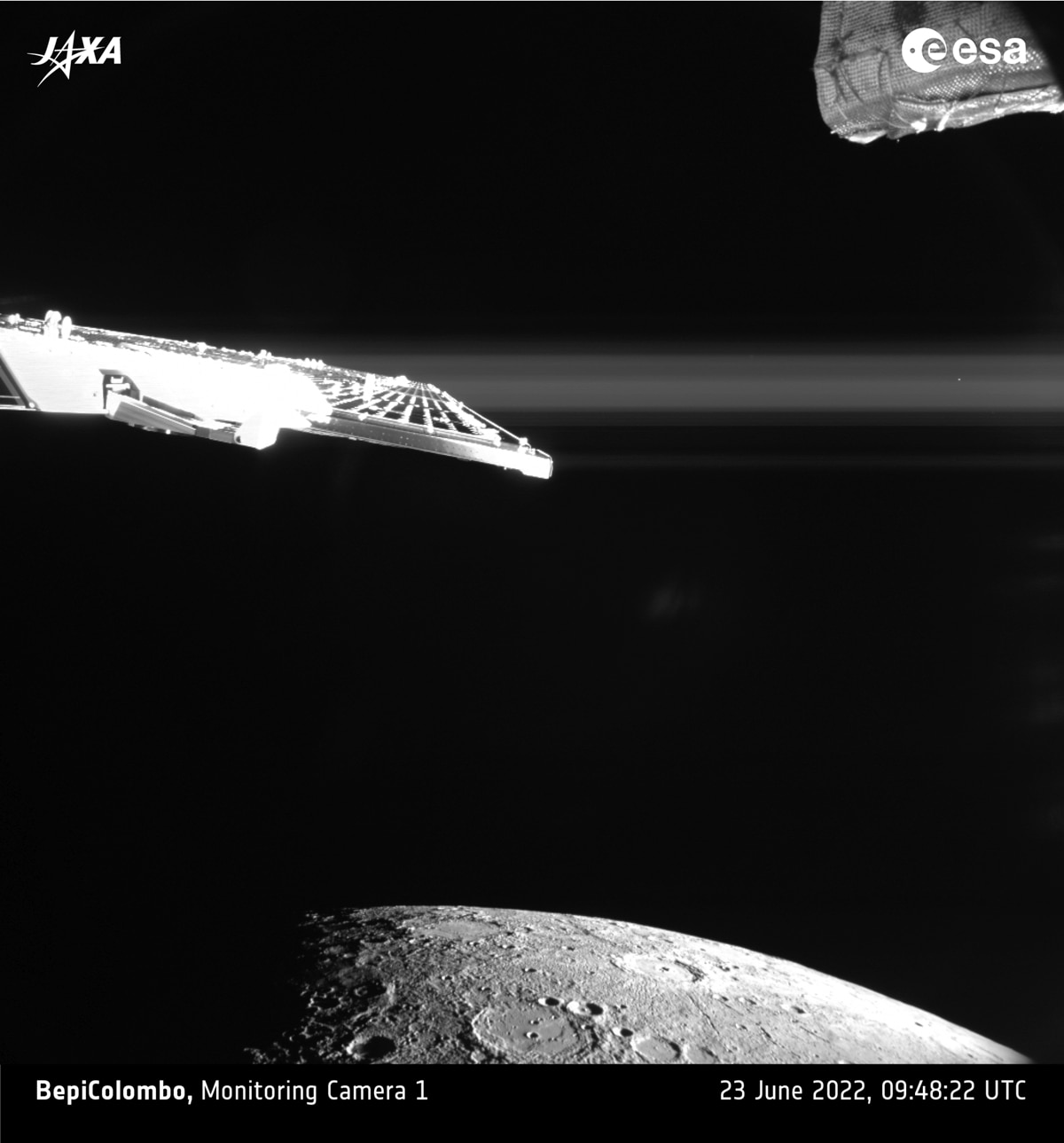 Only a small portion of Mercury is visible in this frame but the surface features and particularly the roughness of the terrain are enhanced by the shadows cast by the Sun, which, shortly after local dawn, was low in the sky. To the left of the image, only the rims of craters are visible along the terminator (the location between night and day), while their floors are covered in shadow (for example, Benoit crater). (Photo: ESA) This image represents BepiColombo’s first sighting of part of the 3.9 billion year old Caloris basin, which at 1550 km across is the largest well-preserved impact basin on the planet. (Photo: ESA)

Naughty Dog Details More ‘The Last of Us’ With New Standalone...

Texas tornadoes: 7 tornadoes touched down in southeast Texas in 1...

This Woman Is Taking On the 'Dude-Bro' Crypto Space

International Space Station to Crash Into Ocean on Retirement

Scientists say meteor that hit Earth in 2014 was the first...