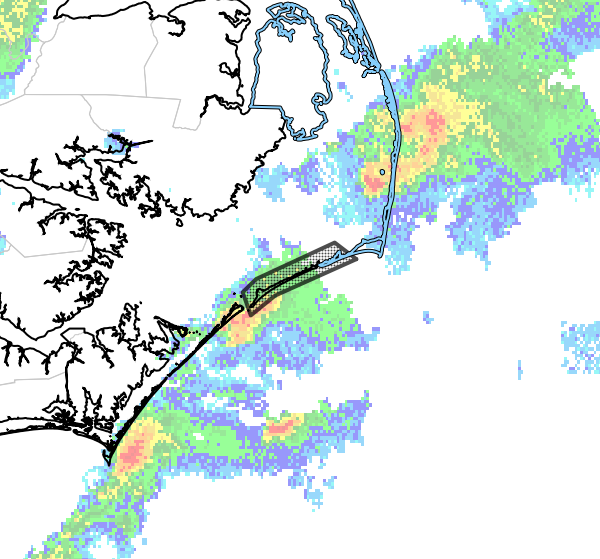 There had been a tornado warning issued in Dare and Hyde counties until 9:30 p.m., according to the National Weather Service.

As of 9:01 p.m., a severe thunderstorm capable of producing a tornado had been located near Portsmouth Village, or 17 miles east of Cedar Island in eastern North Carolina, moving northeast at 50 mph. Radar indicated rotation, according to the National Weather Service.

A tornado warning had previously been issued in Dare County until 8:30 p.m. Wednesday.

At 8:13 p.m., the National Weather Service said there was a severe thunderstorm capable of producing a tornado that is located near Ocracoke, moving northeast at 50 mph.

A wind advisory has been issued for Accomack County on Virginia’s Eastern Shore until midnight.

Super Doppler 10 Chief Meteorologist Jeff Edmondson said the storms to the south of Hampton Roads are moving at 45 mph to the northeast, and they could arrive in the Elizabeth City, N.C. area sometime after 10 p.m.

Stay with the Super Doppler 10 weather team for the latest updates.

How Intel laughs at thermal throttling, and why it shouldn’t

Wildfire breaks out north of Stinson Beach in Marin County