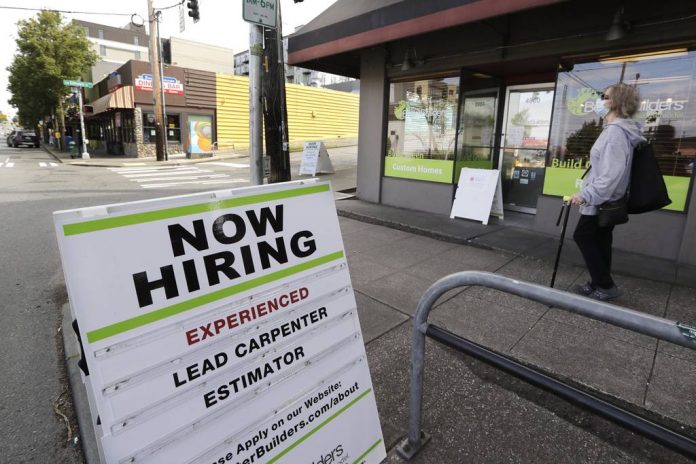 The veterans unemployment rate rose slightly in November but still remained under 3.0% for the ninth consecutive month, continuing the best employment streak for the group in at least 20 years.

According to data released by the Bureau of Labor Statistics on Friday, the unemployment rate among all veterans was at 2.8% last month, up from 2.5% in October and the highest the rate has been since it reached 2.9% in April.

The figures translate into about 241,000 working-age veterans unable to find stable employment last month, despite efforts to work.

Among veterans of the Iraq and Afghanistan War era, the unemployment rate was higher. Of those seeking work, 3.0% were unable to find steady employment. That was up from 2.8% in October and was the first time in five months the rate for that group was at 3.0% or higher.

The unemployment news came as Department of Labor officials also announced that American businesses added about 263,000 jobs last month, a positive sign for the overall economy.

The veterans unemployment rate spiked as high as 11.7% in early 2020, as the coronavirus pandemic forced corporate shutdowns and layoffs across the country.

Since then, however, the jobless rate among veterans has remained consistently below the national rate, and has declined steadily over the last two and a half years.

Lawmakers have made veterans employment and military transition a priority in recent years, approving several programs designed to improve post-service education and training options and extending more job help to individuals who have used up their existing GI Bill payouts.

Leo covers Congress, Veterans Affairs and the White House for Military Times. He has covered Washington, D.C. since 2004, focusing on military personnel and veterans policies. His work has earned numerous honors, including a 2009 Polk award, a 2010 National Headliner Award, the IAVA Leadership in Journalism award and the VFW News Media award.

A Single Minecraft Player is Mining Nearly the Entire World

A Black Hole Consumed a Star and Released the Light of...

Drought-hit California cities to get little water from state

‘Christmas Comet’: When To Watch For Leonard In Fremont

Windows 11 compatibility: Use the PC Health Check app and check...