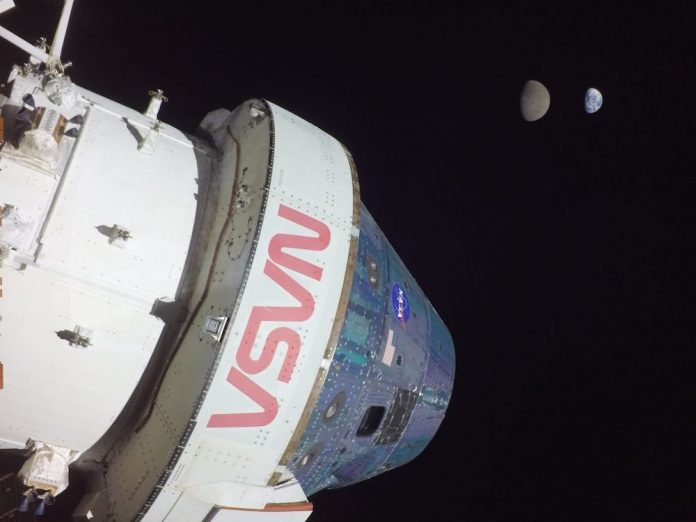 NASA has released a cinematic video showcasing the Artemis I mission so far.

The 96-second presentation pulls together the best footage and photos captured since the mission’s launch on November 16. You can watch it below:

NASA used its new Space Launch System (SLS) rocket — the most powerful space vehicle ever to have launched — to propel the uncrewed Orion spacecraft toward the moon in a mission designed to test the flight system for a crewed mission in about two years’ time.

During its flight so far, the Orion has come within just 80 miles of the lunar surface and also traveled further from Earth than any human-rated spacecraft, on Monday reaching a distance of 268,553 miles from our planet. The previous record was 248,655 miles set during the Apollo 13 mission in 1970.

Jim Free, NASA’s associate administrator for exploration systems development, said in a tweet on Wednesday that “everything is going well,” adding that “the world’s most powerful rocket reached or exceeded all its performance targets, putting Orion on its course to the moon.”

The Orion is scheduled to return to Earth with a splashdown in the Pacific Ocean off the coast of California on December 11. If NASA deems the mission to have been a success, Artemis II will send astronauts on the same path as the current mission, also using Orion.

We can also look forward to the highly anticipated Artemis III mission — possibly as early as 2025 — which will put onto the lunar surface the first woman and first person of color.

The broader goals of NASA’s Artemis program include building a permanent base on the moon to enable astronauts to live and work there, similar to how they spend time on the International Space Station in low-Earth orbit today. The moon could also act as a steppingstone for the first human mission to Mars, which NASA says could take place in the 2030s.

How digital engineering models are driving DOD IT development

Inside the 27-hour operation to separate conjoined twins | News

Marshall fire took everything from this CU Buffs football coach. It...

Two supermassive black holes will smash into each other and warp...

10 Days After Its Launch, Orion Has Successfully Entered Lunar Orbit...