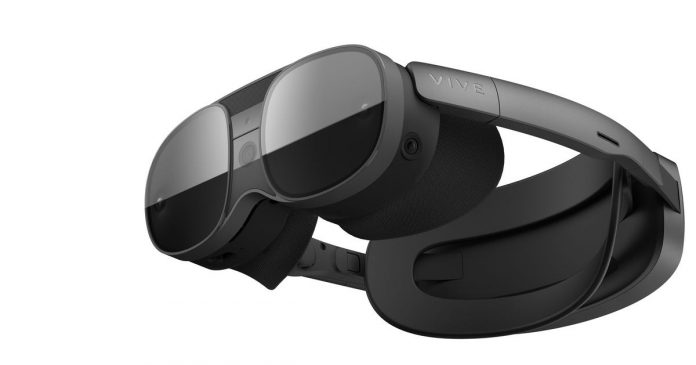 VR is getting better and better, but it’s also getting more expensive. HTC’s newest high-end headset announced at CES, the Vive XR Elite, follows a similar playbook to Meta’s recent Quest Pro, and possibly Apple’s awaited device as well. It raises a question: Are we truly ready for the rise of the $1,000-plus VR rigs? The standalone Vive XR Elite is sleek and looks a lot more compact than the Quest Pro, and is trying to test the higher-end waters.

The $1,099 headset, available for preorder Thursday, is arriving by the end of February — remarkably soon for a CES product. That means it’ll be available alongside Sony’s PlayStation 5-connected PSVR 2. While less expensive than the Quest Pro, the XR Elite’s price costs about as much as buying a PS5 and a PSVR 2 together. It’s far from an impulse purchase. But the hardware, which shrinks down the VR form to a pair of nearly glasses-like goggles and includes mixed-reality capabilities that could allow for AR apps, looks to solve how we’ll be using the metaverse for more in our lives than just games, simulation and fitness.

No other company has really cracked this challenge either. But this Vive headset looks, more than ever, like it’s a stepping stone to future AR glasses.

“We see where mixed reality is going to create a whole new suite of use cases. We know the virtual reality use cases are great. I think the AR side is amazing, too,” Dan O’Brien, HTC’s general manager of Vive, told me in a conversation at CES in Las Vegas. He acknowledged that HTC tried to make an AR device in 2015 but stopped because of the complications. O’Brien sees 5G and cloud computing as a key next step. “You need a 5G network, a really robust one to make AR go to scale — you need a cloud infrastructure to deliver to those types of wearables.”

The XR Elite is primarily a standalone VR headset, and it looks like an impressive piece of tech: It has a familiar Qualcomm Snapdragon XR2 chip much like the Meta Quest 2, Quest Pro and Vive’s existing business-focused Focus 3. But it adds a higher-resolution 110-degree field of view, LCD displays with 2K resolution per eye that can run at 90Hz. There’s also a boosted 12GB of RAM along with 128GB of storage. It can connect to PCs to run SteamVR or HTC’s VivePort software, or connect with Android phones. But its potential as a bridge to AR experiences seems like the most impressive feature.

Those are just specs, though. The XR Elite is a VR headset with a similar proposition to previous models, but with expanded capabilities. Its compact size is the most surprising part: At 340 grams, it’s less than half the weight of the Quest Pro. The rear hot-swappable battery gives about two hours of life. It gets even smaller by unclipping the back battery strap and adding glasses arms that can turn the headset into a modified pair of VR glasses, which could just plug into an external USB-C charger or battery for power. It’s small enough to fit in a compact carrying case tube.

But that compact size comes with a twist: Instead of fitting on top of glasses, the XR Elite uses adjusting dials, or diopters, which can change the lens prescription on the fly without you needing to wear glasses at all — for some people, at least. The diopters only accommodate up to a -6 prescription, but my own vision is over -8 for nearsightedness. It’s a challenge HTC faced with its even smaller Vive Flow phone-connected VR goggles, which also went for the glasses-free approach.

The XR Elite has a dedicated depth sensor on the front, along with color passthrough cameras that can eventually show mixed reality-experiences, similar to the Quest Pro. The Quest Pro doesn’t have the Elite’s added depth sensor, but it accommodates for that with its onboard cameras.

The XR Elite could also adapt further. While the hardware doesn’t have its own eye-tracking tools onboard, eye- and face-tracking add-ons are coming later in the year. The headset’s controllers are the same standard ones that HTC has for the Vive Focus 3, which follow the same game controller-like playbook as the Meta Quest 2 and others. But HTC already has its own line of wearable VR body trackers and wristbands, and more accessories could follow.

O’Brien acknowledges that the sticky, mass-market appeal of VR and AR aren’t here yet. “I think developers will be using cloud computing, being able to actually get their content into the metaverse much faster, and much more efficiently,” he said. “If you think about the streaming business, these streamers, these TikTokkers, all these kids that create the really compelling, fun experiences that just keep drawing you back in? That’s not in the metaverse today, We need to create more opportunities for less sophisticated immersive content creators to get involved, and then create more [of an] economy.”

O’Brien sees cloud computing, driven by eye tracking’s ability to compress graphics data via a technology called foveated rendering, as a way of eventually shrinking the processors on future headsets, getting smaller and fitting on more people.

My concern is about the limited prescription options at the moment. “As we get to much lighter glasses, people will probably be bringing more of their prescriptions to it in the future,” says O’Brien. “For now, what we can do is just try to address the majority of the market as best we can with these types of setting changes, because we have to get the headsets lighter. We’ve got to get them more comfortable. And if you’re going to have these big eye relief areas inside of these headsets, they’re going to stay really big.”

O’Brien sees the included VR controllers as possibly becoming optional one day, even maybe being left out of the box and bought separately, but not yet. Hand tracking isn’t reliable enough. “Hand tracking has to make massive advancements over the next two to three years to really become much more of a natural input tool.” But O’Brien suggests it’s a way for future headsets to get more affordable. “If a user can just put on glasses and interact with content [with their hands], that’s going to be a much less expensive product.”

This product has been selected as one of the best products of CES 2023. Check out the other Best of CES 2023 award winners.

‘We still have hope’: Survivors mark Christmas after Typhoon Rai |...

Ray of joy: Nasa captures image of the sun ‘smiling’ |...