Apple (AAPL 0.11%) has remained resilient through much of the market’s turbulence over the past year. The stock traded near its 52-week high early last month but has begun to slide in recent weeks.

Longer-term shareholders, sitting on the stock’s more than 200% gain over the past three years, might be looking at the slide as a buying opportunity.

However, there are three reasons investors should reconsider. The stock could be poised to continue falling in the months ahead.

Apple’s revenue growth has fluctuated over the years. People love their iPhones, and the new ones that come out, but occasionally a notable model causes a surge of users to upgrade. Some refer to this as a “supercycle.”

You can see in the chart below that Apple’s coming off a period of elevated revenue growth. It unveiled the iPhone 12 models, the first to support 5G connectivity, in late 2020, and revenue growth began accelerating in 2021 as people got excited about the new technology. But this surge won’t last. 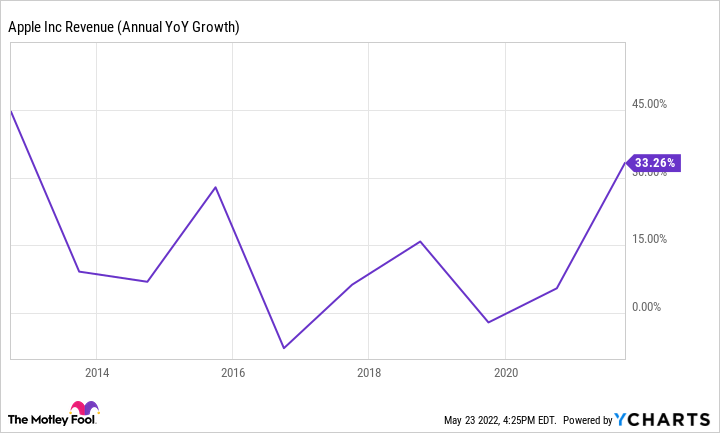 The company’s 2022 second quarter, ending March 26, saw revenue grow 8.6% year over year. That follows an 11% YOY jump in the previous quarter. Apple is not immune to the challenges pressuring many companies, including Russia’s invasion of Ukraine, supply chain disruption, and a surge in COVID-19 cases pushing China into lockdowns.

2. Consumers are feeling the pinch

To make matters worse, the U.S. economy is coming off arguably unprecedented times when the government gave consumers stimulus money. Household debt in the U.S. is at an all-time high of more than $15 trillion, while consumer sentiment is near multiyear lows. 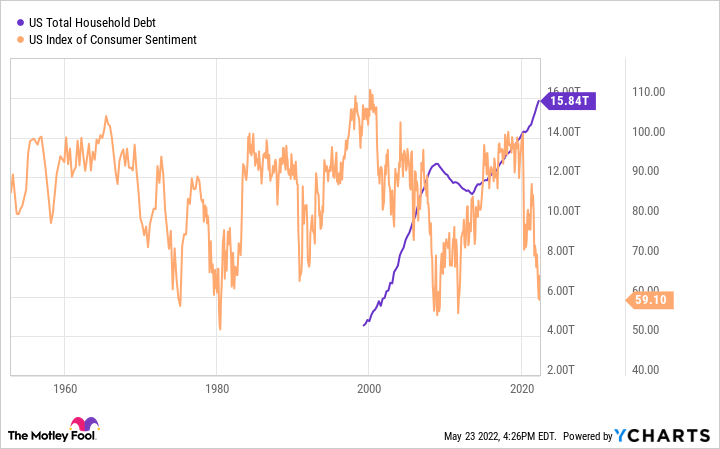 PayPal is one of several companies to highlight a weakening consumer in their recent quarterly reports, stating: “It is clear that relative to early February, the macro environment has deteriorated. Russia, Ukraine, and China are contributing to increased global uncertainty and incremental inflationary and supply chain pressures.”

If consumers are tightening up their spending, it might be unlikely that a new iPhone will remain near the top of the minds of shoppers across the U.S. and the world.

Apple stock is up more than 200% over the past three years, which has inflated the stock’s price-to-earnings (P/E) ratio beyond its long-term norms. Its P/E ratio of 23 is above the 10-year median of 18. 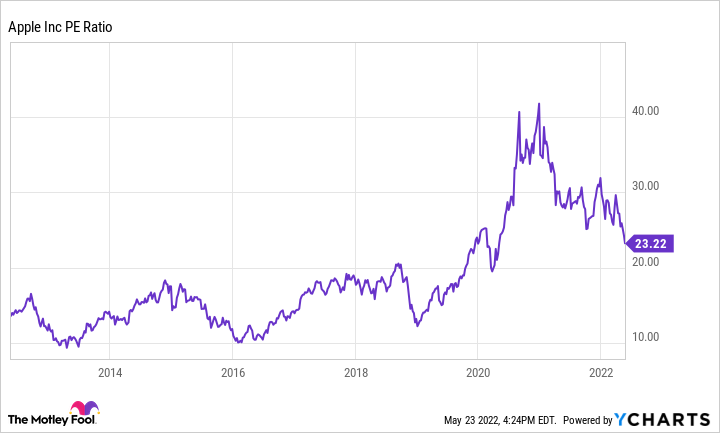 It’s prudent to ask whether a stock deserves a premium valuation whenever it appears overvalued compared to the past. In Apple’s case, it seems hard to justify paying a premium for the stock, with growth slowing coming out of a supercycle and the economy potentially declining.

It’s impossible to know what the stock will do in the near term. But when you look at the circumstances, the recent slide could be the beginning of a trend and not a buy-the-dip moment for investors.

North Texas tornadoes: What we know about each one Friday

People mistake the internet’s knowledge for their own